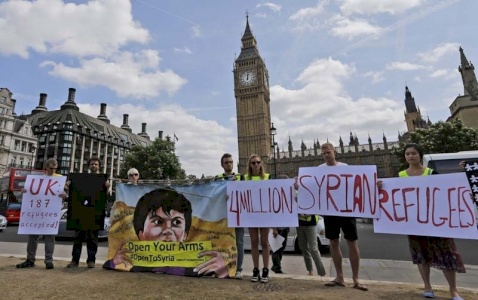 The asylum framework in the UK is established and regulated by the Secretary of State for the Home Office. The Home Office deals with asylum applications coming through different routes, such as the Regular Procedure, the Detained Fast Track (DFT) procedure and the Dublin Regulation for suitable transfer. There are also other routes which include appeal cases and unaccompanied minor cases. Usually, the decision concerning Regular Procedure applications is made within six months of receiving the application. The DFT procedure[1] applications should be decided upon within 15 days, including a first appeal. This procedure is highly criticized as it excludes vulnerable applicants.[2] Finally, the Dublin Regulation establishes the criteria and mechanisms for determining which EU Member State is responsible for examining an asylum application. The core principle of this procedure is that the responsibility for examining an asylum claim lies in most cases with the EU member state of first entry.[3] However, in 2014 approximately 20,000 asylum applications received through the Regular Procedure since 2006 remained pending decisions.[4]

According to UK law, an asylum seeker is a person who has applied for asylum and is still awaiting a decision on whether he will be granted refugee status or not. An applicant may also be granted permission to remain in the UK for humanitarian or other reasons, if they do not qualify for refugee status. The number of asylum applications that reached the UK in 2015 was 32,733, of which 64 percent resulted in refusals.[5]

As for resettlement, it is "the organized movement of selected refugees from their first country of asylum to a third country for settlement and integration."[6] In the UK, the Nationality, Immigration and Asylum Act 2002, Section 59, provides the legal context for resettlement in the UK. The UK’s resettlement program, implemented in partnership with the United Nations High Commissioner for Refugees (UNHCR), offers the possibility for up to 750 refugees to be resettled in the UK each year.[7]

Refugees from Syria who managed to reach the UK did so either by applying for asylum or through resettlement programs, which are two different and separate systems. Between 2012 and 2015, 5,457 Syrian nationals were granted asylum in the UK,[8] and in 2015 "Syrian nationals were the fourth largest group claiming asylum in the UK” with 2,204 applicants.[9] In addition, 1,194 Syrian refugees were resettled in the UK that same year.[10]

UK response to the Refugee Crisis

Up to 2014, the UK's government policy in response to the Syrian refugee crisis was to give humanitarian aid to Syria's neighboring countries as opposed to accepting Syrian refugees for resettlement in the UK. However, the UK changed their policy after the recent encouragement from the UNHCR to use resettlement as a protection tool in response to the Syrian crisis. Thus, in early 2014 the UK government established the Syrian Vulnerable Person Resettlement Program (VPR) to provide selected Syrians with the opportunity to come to the UK. This program gave priority to victims of sexual violence and torture, and the elderly and disabled. In 2015, the UK extended the scheme to include a plan to resettle up to 20,000 refugees from Syria over the next five years. The refugees selected for resettlement are given five years Humanitarian Protection status,[12] which gives them access to public funds and permission to work.[13]

[1] Andrew Miller and Cynthia Orchard, "Protection in Europe for refugees from Syria," Refugee Studies Center University of Oxford, 2014, 65. "The main criterion for DFT cases is that they can be decided quickly. Particularly vulnerable applicants, such as pregnant women, those with mental and physical health problems, or those who were trafficked, are excluded from the DFT scheme. With the short time limit, the applications considered in DFT procedures should not have a level of complexity where legal advice, corroborative evidence or translation of documents is required. DFT cases have notoriously high refusal rates."
[2] Ibid.
[3] European Commission, "The Reform of the Dublin System,”. Available at: https://ec.europa.eu/home-affairs/sites/homeaffairs/files/what-we-do/policies/european-agenda-migration/background-information/docs/20160504/the_reform_of_the_dublin_system_en.pdf . "The Dublin regulation aims to ensure quick access to asylum procedures and the examination of an application in substance by a single, clearly determined EU Member State. The core principle under the current Dublin regime is that the responsibility for examining an asylum claim lies first and foremost with the Member State which played the greatest part in the applicant’s entry to the EU. In most cases this means it is the Member State of first entry. It can also be a Member State which has issued a visa or residence permit to a non-EU national, who then decides to stay and apply for asylum when this authorization expires. Family unity and the protection of unaccompanied minors are the main reasons to derogate from these rules."
Miller and Orchard, "Protection in Europe for refugees from Syria."
[5] Oliver Hawkins, "Asylum Statistics," Commons Briefing papers SN01403,  Parliament.uk, 20 December 2016, Available at: http://researchbriefings.parliament.uk/ResearchBriefing/Summary/SN01403\.
[6] Gareth Morrell, "Key issues: Resettlement programmes and the UK,” ICAR, 2005, Available at: http://icar.livingrefugeearchive.org/briefing_resettlement.pdf.
[7] "Gateway Protection Programme," Gov.uk,  11 January 2010, Available at: https://www.gov.uk/government/publications/gateway-protection-programme-information-for-organisations/gateway-protection-programme.
[8] Ibid.
[9] Clare Feikert-Ahalt, "Refugee Law and Policy: United Kingdom," Library of Congress, 2015, Available at: https://www.loc.gov/law/help/refugee-law/unitedkingdom.php#Adjustments.
[10] Migration Observatory, "Migration to the UK: Asylum," migrationobservatory.ox.ac.uk, 20 July 2016, Available at: http://www.migrationobservatory.ox.ac.uk/resources/briefings/migration-to-the-uk-asylum/.
[11] "UK support for Palestinians made refugees twice over by Syrian crisis," Press release, Gov.uk, 12 October 2013, Available at: https://www.gov.uk/government/news/uk-support-for-palestinians-made-refugees-twice-over-by-syria.
[12] Operational Policy and Rules Unit, Operational Systems Management, Home Office, "Humanitarian Protection," Gov.uk, 15 May 2013, Available at:  https://www.gov.uk/government/uploads/system/uploads/attachment_data/file/257431/huma-prot.pdf.  "A person eligible for subsidiary protection means a third country national or a stateless person who does not qualify as a refugee but in respect of whom substantial grounds have been shown for believing that the person concerned, if returned to his or her country of origin, or in the case of a stateless person, to his or her country of former habitual residence, would face a real risk of suffering serious harm as defined in Article 15, and to whom Article 17(1) and (2) do not apply, and is unable, or, owing to such risk, unwilling to avail himself or herself of the protection of that country." Those granted Humanitarian Protection will be granted leave to enter or remain for a period of five years. There is an avenue for settlement (Indefinite Leave to Remain) after 5 years of leave.
[13] Terry McGuinness, Commons Briefing papers SN06805, "Commons Library Briefing: Syrian refugees and the UK response," Research Briefings, parliament.uk, 10 June 2016, http://researchbriefings.parliament.uk/ResearchBriefing/Summary/SN06805.
[14] Charlotte Stevens and Tareq Shroutou, "Falling through the cracks – the unique plight of Palestinian refugees who have fled Syria," LPHR Blog, 2 August 2016, Available at:  http://lphr.org.uk/blog/falling-cracks-unique-plight-palestinian-refugees-fled-syria./
[15] "Migration to the UK: Asylum," migrationobservatory.ox.ac.uk, 20 July 2016, Available at:  http://www.migrationobservatory.ox.ac.uk/resources/briefings/migration-to-the-uk-asylum/.
[16] Lawyers for Palestinian Human Rights (LPHR) and Medical Aid for Palestine (MAP), "Ensuring the UK Provides Equal Protection to Palestinian Refugees from Syria," August 2016, Available at: https://www.map.org.uk/downloads/map-prs-factsheet.pdf.
[17] "Parliamentary under Secretary of State," gov.uk, 2015-2016, Available at: https://www.gov.uk/government/ministers/parliamentary-under-secretary-of-state--56.
[18] Stevens and Shroutou, "Falling through the cracks.”
[19] Human Rights Watch, "Not Welcome: Jordan's Treatment of Palestinians Escaping Syria," 7 August 2014, Available at: https://www.hrw.org/report/2014/08/07/not-welcome/jordans-treatment-palestinians-escaping-syria.
[20] UNRWA, "The Syria Crisis," 2016, Available at:  http://www.unrwa.org/syria-crisis.
[21]  Kait Bolongaro, "Twice Refugees as refugees continue to flee civil was in Syria, the road to asylum remains difficult for some Syrian-born Palestinians," Al Jazeera, 2016.
[22] UK Home Office, "Asylum Policy Instruction: Article 1D of the Refugee Convention: Palestinian refugees assisted by the United Nations Relief and Works Agency (UNRWA)," gov.uk, 9 May 2016, Available at: https://www.gov.uk/government/uploads/system/uploads/attachment_data/file/524502/A-on-Article-1D-and-Palestinians-v2_0.pdf .
[23] Miller and Orchard, "Protection in Europe for refugees from Syria."