Sheikh Jarrah and al-Naqab: Intensification of Israel’s Implementation of its Displacement, Apartheid, and Colonial Enterprise

On Wednesday, 19 January 2022, the Israeli occupation forces demolished Palestinian homes and structures owned by the Salhia family in Sheikh Jarrah neighborhood in the north of occupied Jerusalem, proceeding to assault the residents and supporters before arresting approximately 20 individuals. Israel seeks to displace Palestinians living in Sheikh Jarrah for the second time – considering that they were originally refugees since the Nakba in 1948 – to replace them with colonizers and to use their lands and properties for the benefit of varying settler-colonial organizations. These policies and practices ensue as a continuation of Israel’s ongoing forcible displacement of the Palestinian people and a perpetuation of Israel’s repression and institutionalized discrimination against Palestinians.

In tangent with the displacement occurring in Sheikh Jarrah, Israel is carrying out large-scale displacement operations in al-Naqab under the pretense of forestation of arid land, amongst other justifications that Israel creates for itself. In reality, however, these practices and policies, similar to all others implemented in Mandatory Palestine, are part of Israel’s systematic and comprehensive apartheid-colonial enterprise that aims to acquire the maximum amount of land with the minimum number of Palestinians.

As such, the GPRN calls on: 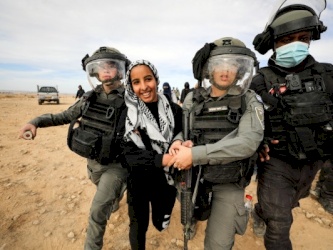 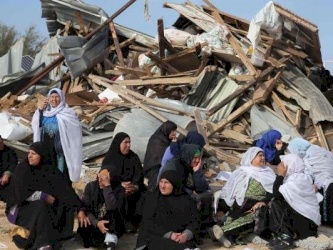