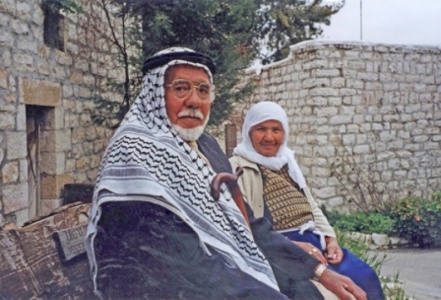 Does the passing of time affect the rights of displaced people wishing to return to their property? Is there a difference between those returning the day, or a week, after a forcible eviction and those who still seek to return after many years?  If so, how does this impact the rights of Palestinian refugees? These were the questions running through my mind as I reviewed the material collected from case studies across the world and over the history of forced displacement during the past sixty years.[1] The answer to all three questions, it seems, is both yes and no. This study examines nine cases of reparations to refugees and displaced people and concludes that while many rights endure, over time new rights also emerge which complicate a resolution of forcible eviction.[2]

Reparations for forcible eviction are comprised of three main elements: “satisfaction”, restitution and compensation. This article will focus on restitution and to some extent on compensation.[3] In the main, there are three forms of restitution.  The first can be termed as restitution in kind.  This is regarded as the ideal form of reparation in that the displaced person receives back the title of the land or property from which they were evicted as part of a peace agreement that settles the conflict which led to the eviction in the first place. If the property was demolished the displaced person retains the title to the plot and receives compensation for the cost of reconstruction. In reality this form of restitution is often limited by secondary occupation.  Secondary occupation is when the land or property of the displaced person is occupied by either other displaced people or new settlers which have been given title of that property by the state. In most of the nine cases studied, the rights of these secondary occupants to remain in situ receive a degree of protection depending on the nature of the peace agreement. What these case studies suggest is that it is often the case that peace agreements can only be reached when they take into account factors such as the legally onerous task of removing secondary occupants and finding them replacement residences, the expense and time involved, and the possibility that their removal may destabilise a fragile political agreement.  Of the nine cases studied those of Bosnia and Herzegovina, Kosovo and post-Baath Iraq prioritised this form of restitution, but were only able to do so with the support of external intervention. Those that sought to restrict restitution were the cases of Rwanda, Cyprus and South Africa on the grounds that full restitution would be too de-stabilising. One innovative way of addressing these difficulties also took place in South Africa known as inverse rental where in some cases title was restored to the claimants on the condition that they continued to lease the property to the secondary occupants.

A second form of restitution is that of offering alternative assets to those who have lost land or property. In this model property can be exchanged or alternative sites provided as a form of compensation. In addition, displaced people may receive assistance with repatriation and integration, re-training, funds for business start-ups and bonds or vouchers for purchasing other property. In the Annan Plan for Cyprus, displaced people residing in the property of displaced people from the other side were to be incentivised to conduct exchanges or provided with bonds to purchase property to replace that which they had lost. In Guatemala, refugees were provided with cheap credit to purchase land while in many cases in post-Communist Europe claimants were offered alternative parcels of land. Again, in reality, the expropriation of land and property to provide alternative housing and livelihoods has been difficult to implement.

The third form of restitution is more diffuse and comes as development assistance. In this form, the peace agreement provides funds for state programmes for housing, agricultural development, infrastructural development and other services designed to integrate returning refugees and other displaced persons. This form of restitution recognises that these groups require assistance in developing sustainable livelihoods and more specifically assistance packages tailored to their skills and culture. The main example of this form of restitution is drawn from the South African case in which land reform became a central feature. However, drawbacks in implementing this approach, such as the slowness in delivery, the unreliability of the databases used and the lack of integration into other state programmes, suggest the need for strong enforcement measures and comprehensive planning.

Turning to the third element of reparation, compensation, we again see many different forms which are targeted to deal with specific cases. Compensation for loss of property as well as for refugeehood can take the form of cash payments, the provision of vouchers or the allocation of bonds.  But these forms are themselves subject to different types of valuations. Some (very few) offer full market cost, others a percentage, some value the property at the date of dispossession and add inflation, while others offer valuations at specific later dates. In addition, the methods of payment differ widely.  Some cases pay a lump sum to the state for allocation to individuals or groups or to programmes.  Other cases set up a fund to which categories of people or individuals apply. One needs to recognise that a per capita framework of compensation for property loss may replicate the income and material inequalities that previously existed; e.g. a former wealthy landlord will receive much more than a former landless labourer. This can exacerbate internal tensions within the displaced community and damage the state re-building process.

Finally, we can also see that from the cases studied there are very few examples where the refugee or forced displaced community is given a free choice of options.  In most cases, it is assumed that restitution is the preferred option and that compensation (normally below market price) is offered where restitution is not possible. In the case of Cyprus, secondary occupants who are themselves displaced claimants to property are given a limited choice of returning to their original property or opting for title on their current property. In post-Communist Europe, some claimants were given the choice between restitution and compensation for lost property.  In South Africa, choice was restricted by virtue of the fact that negotiations over restitution required the participation of all parties which caused difficulties in reaching an agreement, with the result that compensation was usually opted for in order to avoid an impasse. It is also clear from the cases studied that even when restitution is available, many claimants prefer to sell the property rather than to return to it, presumably because of demographic changes that have taken place in the neighbourhood. Nevertheless, there is a growing body of international “soft” law which is placing the issue of refugee choice at the forefront of peace negotiations involving the property of displaced people.

To sum up this brief overview and relate it to the Palestinian case, I would say that the comparative study of reparations brings both bad news and good news. The bad news is that restitution in kind does take place, but only in limited circumstances. It usually takes place soon after the forcible displacement occurs and usually with strong external intervention to enforce it. Bosnia-Herzegovina and Kosovo are the prime examples of this. From the cases studied, the rights of refugees and other displaced people do not necessarily diminish, but the rights of secondary occupants appear to increase as time elapses and the property is passed onto successive generations.  Thus the rights of refugees may remain the same but they do not remain the only rights that have to be taken into account.  The good news is threefold. First, while many aspects of the Palestinian refugee case are unique, in this respect it is not; The right for reparation and the restitution of property is a common theme running through numerous cases of forcible displacement.  The Palestinians are not anti-Semitic or extremists just because they are seeking reparations. It is a normal and understandable demand to make from people who have been dispossessed. Second, if the rights of secondary occupants emerges as a key obstacle in the restitution of property, particularly in protracted refugee situations like the Palestinians, these should not apply to properties which remain empty and deserted,  In this context, Salman Abu Sitta’s claim that 70% of Palestinian property in Israel remain unoccupied requires to be convincingly substantiated.[4] Third, the experience of the international community in recognising claims for reparation have led to a range of innovative forms of restitutions and compensation which in many respects have proved to be acceptable to displaced people.  Rarely has the ideal solution been achieved but a measure of satisfaction is often arrived at. Nevertheless, it should be noted that peace agreements rarely incorporate the rights of people affected by a conflict but reflect more the balance of power between the main parties at the time of signing.

* This paper is the basis of Professor Dumper’s presentation at BADIL’s Forced Population Transfer Conference on 4 June 2013. A video of his presentation is available on BADIL’s YouTube Channel.