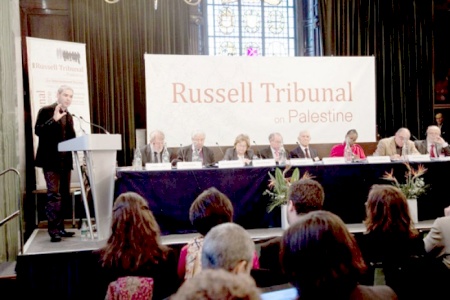 There can be no doubt that Israel’s discriminatory regime against the Palestinian people - since the Nakba – is in pursuance of official governmental policy, and is anchored in Israeli domestic law. Israel, through the military occupation of the Palestinian territory, established an institutionalized regime of systematic oppression, domination, and discrimination, which has been ‘legitimised’ by an allegedly independent and impartial judiciary.

Such an official Israel policy violated the most fundamental human rights of the Palestinians, as internationally recognised: the right to life; the right to physical and mental inviolability; the right to personal freedom; the right to a fair trial (and the right to justice); the right not to be subject to arbitrary arrest, detention or exile; the right to education; the right to health; the right to freedom of movement; the property rights. The jurisprudence of International Tribunals (specifically of the ICTY), consistently found that the systematic violation of these rights integrates the crime of persecution.

(a) Many studies and reports have highlighted how the Israeli government’s official policy has resulted in a huge disparity of treatment between Jewish and Palestinian citizens of Israel. This inequality affects all areas of life – including access to employment, housing, education, health and social welfare – fundamentally undermining the overall human rights situation. The Palestinian population of Israel is largely segregated and in many ways barred from any real possibility of growth or development. The policy impacts on all areas of life, from funding for social projects, to access to public services, education, health (Palestinian infant mortality rates are much higher, while life expectancy is much lower), and a lack of protection for cultural and religious heritage.

(b) The discrimination is most blatant with respect to the Palestinians living under Israeli occupation in the oPt. As a recent study concluded, the occupation by Israel of the Palestinian territory “has become a colonial enterprise which implements a system of apartheid” (see the Study of the Human Sciences Research Centre of South Africa). While Jewish settlers living illegally in the oPt come under Israeli domestic jurisdiction, since 1967 the Palestinian population have been subject to the rule of the Military Commander, in the form of thousands of military orders. These thousands of orders regulate each and every aspect of Palestinians’ economic, social and private life. A permit from the Israeli authorities is required to start every kind of activity, from establishing a factory or building a house, to planting some vegetables.

The discriminatory practices of the occupation prevent natural growth and the enjoyment of basic human rights. For instance, almost all housing permits are arbitrarily denied, and as a result thousands of Palestinian homes are demolished, affecting the life of countless families. At the same time Palestinians’ natural resources are expropriated by the State of Israel; water and land are confiscated and used exclusively for the illegal settlements. Official occupation policy – sanctioned by the Israeli Supreme Court – has made Palestinians in the oPt dependent on Israel for the supply of basic needs such as electricity and water.

The violation of Palestinians’ freedom of movement is another illustrative example of the discriminatory regime. The illegal construction of the ‘annexation wall’, the system of restricted roads (exclusively for the benefit of settlers), the hundreds of checkpoints and barriers, the seam zones and closed military areas, all contribute to a pervasive system of fragmentation, which is depriving the Palestinian population of their basic rights: to access their agricultural lands, to reach their work, schools or even to receive medical treatment or give birth in hospital.

(c) In Gaza, the regime of discrimination and denial of fundamental human rights has taken the features of an illegal closure, which was progressively imposed on the territory. The closure has been tightened after the Hamas take-over and since June 2007 Israel has virtually isolated the Gaza Strip and its inhabitants from the outside world. Despite its legal obligations under international law, Israel continues to collectively punish the 1,7 million citizens of Gaza, regarded as ‘enemy aliens’. This illegal closure, and the effects of Israel’s offensive on the Gaza Strip of 27 December 2008 – 18 January 2009, has resulted in unprecedented devastation. An entire population has been reduced to dependency on international aid. The humanitarian crisis now affecting the Gaza Strip is deliberate, man-made, and wholly preventable. It is the result of a policy put in place and enforced by the Israeli government with the silent complicit approval of the international community.

Unfortunately there have been two consistent features of Israel’s occupation: violation of international law, and impunity for these actions. As noted by the UN Fact Finding Mission on the Gaza Conflict, the “prolonged situation of impunity has created a justice crisis in the OPT that warrants action”. International bodies and individual States have the duty not to collaborate with an unlawful, discriminatory, apartheid regime, and to stop their economic support and cut their commercial relations with it. Israel shall not continue to be rewarded by the international community by means of advantageous economic agreements.

Raji Sourani is the and director of the Palestinian Centre for Human Rights, which he founded in 1995 with a group of fellow lawyers and human rights activists in the Gaza Strip.