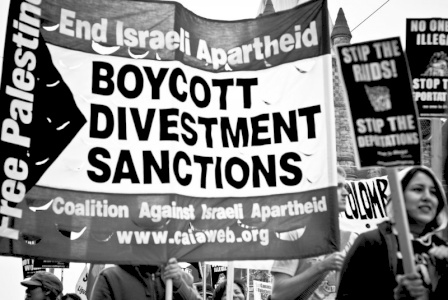 I had wide experience and knowledge of the three pillars of the apartheid state – racial discrimination, repression and territorial fragmentation. I lead lawyers campaigns against the eviction of black persons from neighborhoods set aside for exclusive white occupation by the Group Areas Act, and against the notorious “pass laws”, which made it an offense for blacks to be in so-called “white areas” without the correct documentation. These campaigns took the form of free legal defense to all those arrested which made the systems unmanageable. Through the Centre for Applied Legal Studies I engaged in legal challenges to the implementation of the security laws and emergency laws, which allowed detention without trial and house arrest – and, in practice, torture. I also challenged the establishment of Bantustans in the courts.

After South Africa became a democracy, I was appointed to a small committee of experts charged with the task of drafting a Bill of Rights for the 1996 South African Constitution.

I visited Israel and the OPT in 1982, 1984, 1988 and 1998 to participate in conferences on issues affecting the region. In 2001 I was appointed as Chair of a Commission of Enquiry established by the Commission on Human Rights to investigate human rights violations during the Second Intifada. In 2001 I was appointed as Special Rapporteur to the Commission on Human Rights (later Human Rights Council) on the human rights situation in the OPT. In this capacity I visited the OPT twice a year and reported to the Commission and the Third Committee of the General Assembly. My mandate expired in 2008. In February 2009 I lead a Fact-Finding Mission established by the League of Arab States to investigate and report on violations of human rights and humanitarian law in the course of Operation Cast Lead.

From my first visit to Israel/OPT I was struck by the similarities between apartheid in South Africa and the practices and policies of Israel in the OPT. These similarities became more obvious as I became better informed about the situation. As Special Rapporteur I deliberately refrained from making such comparisons until 2005 as I feared that such comparisons would
prevent many governments in the West from taking my reports seriously. However, after 2005 I decided that I could not in good conscience refrain from making such comparisons.

Of course the two regimes are very different. Apartheid South Africa was a state that practiced discrimination and repression against its own people. Israel is an occupying power that controls a foreign territory and its people under a regime recognized by international humanitarian law. But in practice there is little difference. Both regimes were/are characterized by discrimination, repression and territorial fragmentation. The main difference is that the apartheid regime was more honest. The law of apartheid was openly legislated in Parliament and was clear for all to see, whereas the law governing Palestinians in the OPT is largely contained in obscure military decrees and inherited emergency regulations that are virtually inaccessible.

In my work as Commissioner and Special Rapporteur I saw every aspect of the occupation of the OPT. I witnessed the humiliating check points, which reminded me of the implementation of the pass laws (but worse), separate roads (unknown in apartheid South Africa) and the administrative demolition of houses, which reminded me of the demolition of houses in “black areas” set aside for exclusive white occupation. I visited Jenin in 2003 shortly after it had been devastated by the IDF. I spoke to families whose houses had been raided, and vandalized by the IDF; I spoke to young and old who had been tortured by the IDF; and I visited hospitals to see those who had been wounded by the IDF. I saw and, on occasion, visited settlements; I saw most of the Wall and spoke to farmers whose lands had been seized for the construction of the Wall; and I traveled through the Jordan Valley viewing destroyed Bedouin camps and check points designed to serve the interests of the settlers.

A final comment based on my personal experience. There was an altruistic element to the apartheid regime, albeit motivated by the ideology of separate development, which aimed to make the Bantustans viable states. Although not in law obliged to do so, it built schools, hospitals and roads for black South Africans. It established industries in the Bantustans to provide employment for blacks. Israel even fails to do this for Palestinians. Although in law it is obliged to cater for the material needs of the occupied people, it leaves this all to foreign donors and international agencies. Israel practices the worst kind of colonialism in the OPT. Land and water are exploited by an aggressive settler community that has no interest in the welfare of the Palestinian people - with the blessing of the state of Israel.

John Dugard is a South African international lawyer who headed the Centre for Applied Legal Studies in Johannesburg
during the Apartheid era. In 1995 he assisted in the drafting of the Bill of Rights in the South African Constitution.
For seven years he was Special Rapporteur on the human rights situation in the Occupied Palestinian Territory to the
UN Human Rights Council and Commission on Human Rights.