UNRWA, Ongoing Target of Israel’s Normalization Strategy, Must be Upheld by the International Community 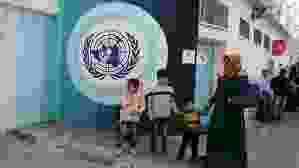 8 January 2020, Bethlehem. In December 2020, within the framework of the Abraham normalization accords, a decommissioning plan earmarked for the gradual and unconditional demise of UNRWA was said to be under development between Israel and the United Arab Emirates (UAE). UNRWA has been a pressing target of Israel’s strategy of normalization, grounded in the erasure of its past and ongoing forcible transfer crimes.

The cascade of normalization agreements signed between Israel and Arab League states over the past few months has shed light on Israel’s strategy to entrench its politico-diplomatic presence in the Arab region, while glossing over its fundamentally unlawful character as an apartheid-colonial regime.[1] When normalization mainstreams the existence of a regime, Israel, whose very foundations lay on the forcible displacement of more than 750,000 Palestinians from their lands in 1947-1949, it becomes a powerful tool to reinforce its apartheid-colonial structure, and to evade its crimes under international law.[2] This is why Israel’s normalization blueprint inevitably necessitates erasing from political memory the living epitome of the crimes against humanity that permitted its creation: Palestinian refugees and internally displaced persons, and their last remaining active and visible UN agency UNRWA. Normalization agreements are such tools utilized by Israel to enforce the dismantling of UNRWA at the expense of Palestinian refugees.

The United Nations Relief and Works Agency for Palestine Refugees in the Near East (UNRWA) was established under United Nations General Assembly (UNGA) Resolution 302 of 8 December 1949 to carry out direct relief and work programs to Palestinian refugees, including education, health care, relief and social services, camp infrastructure and improvement, microfinance and emergency assistance. UNRWA’s mandate has lately been extended until 2023 by UNGA Resolution 74/83 of 13 December 2019. As such, UNRWA strives to ensure support and continuous recognition of the 72 year-long forcible displacement of Palestinian refugees and Internally Displaced Persons (IDPs), who numbered more than 8.7 million worldwide by 2018.[3] UNWRA’s humanitarian assistance was aimed at temporarily complementing the United Nations Conciliation Commission for Palestine (UNCCP)’s endeavors, established under UNGA Resolution 194(III) to find a final settlement to the Palestine question and promote a durable solution for Palestinian refugees, including voluntary repatriation.[4] UNCCP’s effective dysfunction since the early 1950s has left Palestinian refugees without active engagement in the search for a just and durable solution to their predicament.[5] This makes UNRWA the primary scapegoat of Israel-led attacks purported to delegitimize the protected status of Palestinian refugees, their fundamental rights and therefore their very existence. Yet, the UNGA has explicitly stressed that the continuation of the UNRWA mandate is intrinsically contingent upon a just and durable solution to the Palestinian refugee question.[6] It means that, upon UNGA decision, UNRWA cannot be dismantled unless such just and durable solution is achieved.

Lacking direct decision-making power over the future of UNRWA, Israel has been keen on exerting political pressure on the UNWRA donor states, leading defamation campaigns to discredit the agency’s work and functioning, and eventually inducing defunding. Donors’ withdrawal is all the more detrimental that UNRWA’s budget heavily relies on voluntary donations, making up to 95.34 percent of its overall 2019 budget, in particular 77.71 percent provided by donor states.[7] So far the biggest contributor to UNRWA’s budget with $365 million in 2017,[8] the United States utterly ceased its donations in 2018.  Influenced by the same Israeli campaign to discredit the Agency, the Netherlands and Switzerland temporarily suspended their funding in 2019. The UAE’s withdrawal threats are likely to worsen the funding crisis, as its 2019 contribution amounted to $51.8 million, placing the state as the fifth biggest donor.[9]

The Israel-intended defunding crisis is aimed at gradually and surreptitiously precipitating its de facto decommissioning, incapacitating UNRWA’s action and disabling its mandate. It results in an unprecedented budget crisis that threatens the viability of the Agency itself. Over the past five years, budget cuts have already impacted essential services through reducing staff, halting repairs and necessary expenditures in infrastructure, increasing classroom size to 50 students per teacher, and curtailing humanitarian assistance. In November 2020, UNWRA Commissioner-General Philippe Lazzarini declared that the Agency had run out of money to provide for the salaries of 28,000 UNRWA staff members in November and December 2020. Especially in this time of rising sanitary needs due to the Covid-19 pandemic, reducing humanitarian protection to which Palestinian refugees are entitled to enhances socio-economic precariousness and undermines their resilience and self-sustainment capacities. Cutting funds to UNRWA largely cripples its margin of action and jeopardizes its mandate, which is nonetheless absolutely essential to keep viable the inalienable rights of the Palestinian people, including their right of return.[10] It has been noted that the tremendous reduction of UNRWA's humanitarian assistance and services as well as the deterioration of human rights in host countries in the region force Palestinian refugees to flee to third host countries, mainly to Europe. As such, Israeli strategy of defunding is a tactic to bypass and deprecate the international legal framework available for the protection of Palestinian refugees, forcing their legally protected status into oblivion, while not engaging directly with legal mechanisms. The involvement of an Arab state in such strategy of normalization under the guise of peace comes at the expense of Palestinian refugee rights and constitutes a serious infringement of international law.

The existence of Palestinian refugees wherever they reside is the most living and breathing manifestation of the illegal foundations of the apartheid-colonial Israeli regime, rooted in the forcible displacement of hundreds of thousands Palestinians from their lands, and the wrongful assertion of colonial sovereignty over their lands, unlawful under International Law. To maintain, entrench and legitimize its apartheid-colonial regime over the Palestinian people and their lands, Israel pursues its enterprise of historical falsification and memory erasure of the international crimes on which it has rooted its colonial supremacy. The elimination of the Palestinian refugee cause and their rights plays an essential part in Israel’s normalization and imposition of the Zionist discourse on the international stage. It is thus essential for the Israeli apartheid-regime to erase from history the international crimes that enabled its formation as a state. It is no less essential for it to continue to portray Palestinian refugees as a main impediment to a future peace with a falsely law-abiding Israel.

Far from the Zionist-incited rhetoric that UNRWA unduly perpetuates the so-framed ‘Palestinian refugee problem,’ denying their inalienable rights in order to normalize an oppressive state can never be legitimate, but normalizing their status as eternal Palestinian refugees is no more admissible. This is why it is required from the international community to act in support of UNRWA viable mandate, but also for the pursuance of a viable and just solution for Palestinian refugees.

[3] UNRWA is mandated to provide assistance to ‘Palestine Refugees’ as per its definition by the UNRWA Consolidated Eligibility and Registration Instructions (CERI): “These are persons whose normal place of residence was Palestine during the period 1 June 1946 to 15 May 1948, and who lost both home and means of livelihood as a result of the 1948 conflict. Palestine Refugees, and descendants of Palestine refugee males, including legally adopted children, are eligible to register for UNRWA services. […].” UNRWA conditionally provides supplementary assistance to Palestinians displaced as the result of the 1967 hostilities. UNRWA, Consolidated Eligibility and Registration Instructions (CERI), updated 2009, available at: https://www.unrwa.org/sites/default/files/2010011995652.pdf. By 2018, 8.7 million of 13.05 Palestinians worldwide were forcibly displaced persons. 5.55 million were registered with and eligible for UNRWA assistance. BADIL, Survey of Palestinian Refugees and Internally Displaced Persons 2016-2018, vol.9 (Bethlehem: BADIL, 2019), xiv, available at: http://www.badil.org/phocadownloadpap/badil-new/publications/survay/survey2016-2018-eng.pdf

[6] “Affirms the necessity for the continuation of the work of the United Nations Relief and Works Agency for Palestine Refugees in the Near East and the importance of its unimpeded operation and its provision of services, including emergency assistance, for the well-being, protection and human development of the Palestine refugees and for the stability of the region, pending the just resolution of the question of the Palestine refugees.” UNGA, 74/83. Assistance to Palestine Refugees, A/RES/74/83, 26 December 2019.

[7] UNGA, UNRWA Financial Report and Audited Financial Statements for the Year Ended 31 December 2019 and Report of the Board of Auditors, A/75/5/Add.4, 14, available at: https://www.un.org/en/auditors/board/auditors-reports.shtml [accessed 8 January 2021].

[9] UNRWA, Governments and EU Pledges to UNRWA’s Programmes in 2019 as 31 December 2019 in USD, available at: https://www.unrwa.org/sites/default/files/2019_pledges_of_government_and_eu_overall_ranking.pdf.