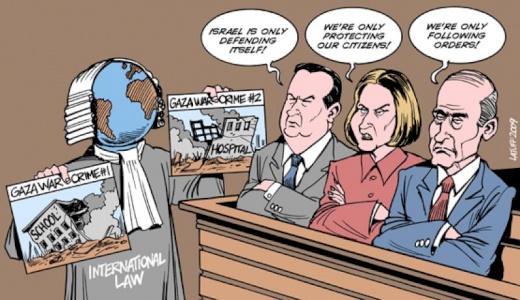 States Parties particularly condemn racial segregation and apartheid and undertake to prevent, prohibit and eradicate all practices of this nature in territories under their jurisdiction.

Including a prohibition of apartheid in ICERD was an exception to the practice of the drafters not to refer to specific forms of discrimination in the treaty.  This was done because apartheid differed from other forms of racial discrimination ‘in that it was the official policy of a State Member of the United Nations’.[3]

The International Convention on the Suppression and Punishment of the Crime of Apartheid (Apartheid Convention) was adopted shortly after ICERD to provide a universal instrument that would make ‘it possible to take more effective measures at the international and national levels with a view to the suppression and punishment of the crime of apartheid’.[4]The Apartheid Convention is thus intended to complement the requirements of Article 3 of ICERD, as its chapeau suggests in referring to Article 3. The Apartheid Convention further declares that apartheid is a crime against humanity and provides a definition of that crime in Article 2. It consequently imposes obligations on States parties to adopt legislative measures to suppress, discourage and punish the crime of apartheid and makes the offence an international crime which is subject to universal jurisdiction.[5]

Thus the Apartheid Convention supplements the general prohibition of apartheid in ICERD by providing a detailed definition of the crime and by giving several examples of practices amounting to apartheid when committed ‘for the purpose of establishing and maintaining domination by one racial group of persons over any other racial group of persons and systematically oppressing them’.[6]Subsequent instruments elaborate the meaning of apartheid and define what constitute the crime of apartheid.

The formulation used in the Apartheid Convention is very similar to that of the Rome Statute of the International Criminal Court, adopted in 1998.  The Convention defines the crime of apartheid in Article 2 as ‘inhuman acts committed for the purpose of establishing and maintaining domination by one racial group of persons over any other racial group of persons and systematically oppressing them’, while the Rome Statute codifies apartheid crimes as certain inhumane acts ‘committed in the context of an institutionalized regime of systematic oppression and domination by one racial group over any other racial group and committed with the intention of maintaining that regime’ (Article 7(2)(h)). Both instruments emphasise the systematic, institutionalized, and oppressive character of the discrimination involved in apartheid, reflecting the original reasoning for including it in ICERD as a distinct form of racial discrimination.

The customary status of the prohibition of apartheid is indicated by its configuration within general United Nations efforts aimed at the eradication of racial discrimination more generally. The practice of apartheid has been condemned in numerous United Nations resolutions and other international treaties, and reaffirmed as constituting a crime against humanity in the Rome Statute of the International Criminal Court (1998).  As a particularly pernicious manifestation of racial discrimination, the practice of apartheid is contrary to fundamental guiding principles of international law including the protection of human rights and the self-determination of all peoples. Article 55 of the United Nations Charter lays the foundation, when it requires Member States to promote ‘universal respect for, and observance of, human rights and fundamental freedoms for all without distinction as to race, sex, language, or religion’.[7]

Equally important is Article 2 of the Universal Declaration of Human Rights (1948) which states that ‘Everyone is entitled to all the rights and freedoms set forth in this Declaration, without distinction of any kind, such as race, colour, sex, language, religion, political or other opinion, national or social origin, property, birth or other status’.[8]  The subsequent adoption of ICERD was the more concerted effort under international law to address racial discrimination, including the particular practice of apartheid.

Although the Russell Tribunal is not concerned with the question of individual criminal responsibility for the crime of apartheid, establishing that apartheid is considered an international offence affirms the seriousness with which it is viewed under international law and affirms the international community’s commitment to its eradication. The United Nations General Assembly first referred to apartheid as a crime against humanity in Resolution 2202 (1966),[12]a statement that was reiterated by the 1968 Proclamation of Tehran by the International Conference on Human Rights.[13]  The enunciation of apartheid as a crime against humanity in the Apartheid Convention supplemented the general prohibition in ICERD and was followed by inclusion of the crime of apartheid in Additional Protocol I to the 1949 Geneva Conventions (1977)[14]and the Rome Statute of the International Criminal Court (1998).[15]

Although the majority of States accept the prohibition in ICERD, fewer have ratified the Apartheid Convention, given the heighted political disagreement at the time it was created and due to concerns that the convention was seen as seeking to ‘extend international criminal jurisdiction in a broad and ill-defined manner’.[16]Currently, 107 States are parties to the Apartheid Convention.[17]A majority of States (168) have ratified Additional Protocol I to the Geneva Conventions of 1949,[18]and an ever-increasing number of States, currently standing at 117, have become parties to the Rome Statute of the International Criminal Court, which gives the Court jurisdiction over the crime of apartheid.[19]There is no demonstrable hostility to the apartheid provisions by non-States parties to the treaties, and several non-parties to the Apartheid Convention have ratified the latter instruments (for example, the United Kingdom and South Africa). The movement of the international crime of apartheid towards customary international law[20]reinforces the fact that the prohibition itself is clearly a rule of customary law.

The prohibition of apartheid can also be considered a norm of jus cogens which creates obligations erga omnes.[21]  The International Law Commission has viewed the prohibition of apartheid as a peremptory norm of general international law and contended that the practice of apartheid would amount to ‘a serious breach on a widespread scale of an international obligation of essential importance for safeguarding the human being’.[22]The Commission noted that a general agreement is shared by States as to the peremptory character of the prohibition on apartheid and other norms at the Vienna Conference on the Law of Treaties and how apartheid has been prohibited by a treaty admitting of no exception.[23]With regard to the concept of erga omnes obligations, the International Court of Justice identified these in the Barcelona Traction case:

‘…an essential distinction should be drawn between the obligations of a State towards the international community as a whole, and those arising vis-à-vis another State in the field of diplomatic protection. By their very nature the former are the concern of all States. In view of the importance of the rights concerned, all States can be held to have a legal interest in their protection; they are obligations erga omnes.[24]

The Court has stated that such an obligation would arise, for example, ‘from the principles and rules concerning the basic rights of the human person, including protection from slavery and from racial discrimination.’[25]If the prohibition of racial discrimination is to be considered a rule of jus cogens,[26]then it follows that the prohibition of apartheid, which addresses a particularly severe form of racial

discrimination, is even more so a rule of jus cogens entailing obligations erga omnes— that is, obligations owed to the international community as a whole.

[13]    Proclamation of Teheran, Final Act of the International Conference on Human Rights, Teheran on 13 May 1968 (U.N. Doc. A/CONF.32/41) at 3 (1968), paragraph 7. See also the Convention on the Non-Applicability of Statutory Limitations to War Crimes and Crimes against Humanity (1968), Article 1, which considers crimes against humanity to include ‘inhuman acts resulting from the policy of apartheid’.

[18]             Website of the International Committee of the Red Cross, http://www.icrc.org/IHL.nsf/(SPF)/party_main_treaties/$File/IHL_and_other_related_Treaties.pdf.