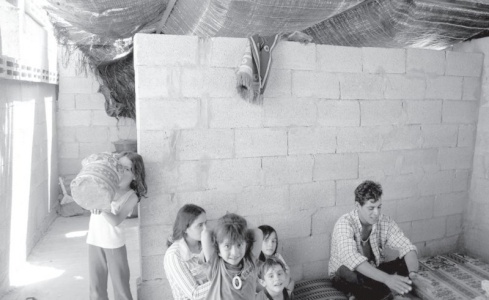 The Humanitarian Crisis in Lebanon
As a result of the two prisoners of war taken by Hezbollah, Israel began attacking Lebanon on July 12, 2006. Israel’s army immediately began bombing Lebanon’s civilian infrastructure. As of 1 September 2006, 1,187 had been killed, 4,092 injured, and about 970,000 persons had been displaced during the conflict. 40 Israeli civilians were killed in Israel. Civilians make up the majority of the dead in Lebanon.

(1) As of early September 2006, according to UNHCR, some 200,000 people remained displaced because of the level of destruction in their villages and because of the unexploded cluster munitions near their houses and towns. Civilians continue to be injured and perish as a result of the unexploded ordinance fired by Israel, hindering recovery efforts. There may be as many as one million unexploded cluster munitions according to the UN Mine Action Coordination Center.(2) Since the beginning of the ceasefire less than two months ago, 20 people have been killed and 120 others have been injured by cluster bombs and unexploded ordnance.(3) The Lebanese government estimates that 31 “vital points” such as airports, ports, water and sewage treatment plants, and electrical facilities have been completely or partially destroyed, as well has 80 bridges and 94 roads.(4) More than 25 fuel stations(5) and 900 businesses were hit. The number of residential properties, offices and shops completely destroyed exceeds 30,000.(6) Two government hospitals – in Bint Jbeil and in Meis al-Jebel – were completely destroyed in Israeli attacks and three others were seriously damaged.(7)The Lebanese economy has been disrupted, unemployment is rampant and destroyed are any semblance of the once thriving industries of tourism, fishing and farming. The war has also left children traumatized, unable to talk, go outside and/or afraid to return to their homes.

Palestinian refugees in Lebanon Approximately 405,000 Palestine refugees live in Lebanon - UNRWA estimates that some 16,000 Palestinian refugees have been displaced by the conflict and an additional 5,500 Lebanese IDPs have moved into Palestinian camps.
While Lebanese southerners bore the brunt of casualties and destruction to infrastructure during the 34-day war, the pre-existing vulnerability of Palestinian refugees living in Lebanon has also been greatly exacerbated.(8) Israel Admits Phosphorus Bombing On 22 October, Israel admitted for the first time using controversial phosphorus bombs in Lebanon. Cabinet minister Jacob Edery confirmed the bombs were dropped “against military targets in open ground.” Israel previously said the weapons were used only to mark targets.

Phosphorus weapons cause chemical burns and human rights groups say they should be treated as chemical weapons. The Geneva Convention bans the use of white phosphorus as a weapon against civilian populations and in air attacks against military forces in civilian areas.(9) Agriculture and the Environment While hostilities ended on 14 August and Israel’s blockade of Lebanon was lifted on 7 September, unexploded munitions continue to hinder the recovery of farming in Lebanon. Causing one of the largest ecological disasters of this time, Israeli warplanes bombed the oil-fueled power plant of Jiyyeh on Lebanon’s coast. At least 15,000 tons of heavy fuel oil were spilled into the Mediterranean, polluting the coastlines of Lebanon and Syria. (10)