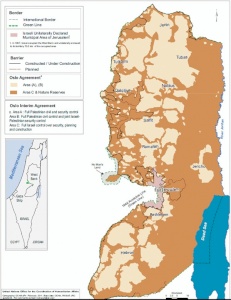 On the heels of Trump’s Deal of the Century  and the new Israeli coalition government agreement to push forth formal annexation of significant parts of the already colonized West Bank, the prevalent discourse, analysis and reaction has failed to recognize and address annexation within the larger historic and legal context of Palestine.  Israeli annexation of Palestinian land is not new, nor isolated from the initial Western – Zionist colonization of Palestine and the bountiful assortment of ongoing Israeli human rights violations and international crimes committed against the Palestinian people. The current state of affairs constitutes merely a transition from de facto (officially undeclared) to de jure (formally declared) annexation - a mechanism deliberately designed and utilized to entrench and expand Israel's colonial and apartheid regime over the Palestinian people, throughout Mandatory Palestine. This most recent foray into annexation is the culmination of the inherited complicity of powerful Western states with Israel, and the repeated failure of the international community to fulfill its responsibilities to hold Israel accountable, thereby granting Israel impunity to pursue its colonial and apartheid regime.

In the Palestinian context, Israeli annexation is not a mere breach of international humanitarian law and associated conventions, as this legal framework has been designed to regulate the status of occupation, not to end colonization. Rather, Israeli annexation is part of a broader colonial enterprise that began by Zionist movement and militia in Palestine even before the so-called Balfour Declaration in 1917.  It is well established in customary and coded international law that acquisition of a territory resulting from the threat or use of force, is illegal and constitutes international crime associated with the prohibition of colonialism. The UN Charter, several treaties and relevant jurisprudence demonstrate the linkage between annexation and colonization which completely differs from the practices of occupation. This differentiation between occupation and colonization is not merely a theoretical matter, but rather very crucial in determining the obligations and responsibilities of the United Nations, its bodies and agencies, as well as third party states.

However, annexation and colonization are not the only international crimes in the Israeli arsenal that have been and continue to be used in conjunction with other mechanisms and practices against the Palestinian people. More importantly, Israeli annexation is part and parcel of a larger international crime portfolio – one that has been hitherto marginalized if not ignored by the international community. Annexation cannot be separated from the crime of forcible transfer and displacement of Palestinians that has been a result of Zionist-Israeli policies and practices before, during and after the Nakba of 1948. Nor can it be separated from the denial of return and reparations to 8.7 million Palestinian refugees and internally displaced persons (66.7 percent of Palestinian people). Nor can it be distinguished from segregation, fragmentation and isolation policies that undermine the Palestinian right to self-determination. Nor is it distinct from the institutionalized discrimination perpetrated against Palestinians with Israeli citizenship. Nor can it be separated from the annexation of 23 percent of the proposed Arab/Palestine State as was set in the UN partition plan of 1947 and Jerusalem and the Syrian Golan Heights - both officially annexed decades ago. In fact, the systematic human rights violations and international crimes perpetrated by Israel are too numerous to catalogue here.

Despite this, and what is even more disturbing, is the historic and existing lack of adequate and practical measures by the international community to hold Israel accountable for these violations and crimes. From the Balfour Declaration, to the British Mandate for Palestine, to the UN partition plan in 1947, to the Nakba, to the War of 1967, to the Oslo Accords and the Deal of the Century, the international community has provided Israel with almost limitless immunity by issuing only balanced condemnations and token statements of support for Palestinian rights.

Present-day Israeli annexation must be placed with the wider historic, political and legal context of Palestine. Any international intervention strategy must be based on addressing the root causes of the conflict - the Zionist-Israeli colonization and apartheid regime established in Palestine - and not just the recent phase of annexation: otherwise it  is doomed to failure. Furthermore, and more importantly, it becomes necessary to revisit and restructure the Palestinian  national liberation strategy and the international solidarity movement. A Palestinian national strategy must be developed and implemented to  mobilize our people’s unity, capacities and strengths. This necessarily must include the mobilization of the international solidarity movement – particularly real and active partnerships with other social justice and rights movements. The way to achieve change at the political level is through unified and collective demands, movements and activities from the grassroots and civil society level upwards to pressure governments into fulfilling their responsibilities towards all oppressed peoples and groups.  Therefore, it is apparent in the Palestinian context, that any resistance movement, any struggle, any challenge, any attempt to change the status quo, must be based on Palestinian self-reliance to achieve any degree of success.

To join and/or endorse this statement, contact BADIL’s staff at media@badil.org.

For more information on the international legal frameworks applicable in the case of Palestine see BADIL, Israeli Annexation: the Case of Etzion Colonial Bloc, available here.

Endorsed by the following Palestinian civil society movements and organizations: