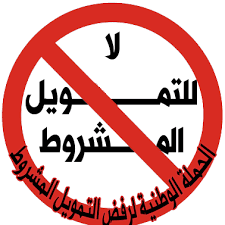 On Friday, 12 June 2020, the European Union in an official letter informed BADIL Resource Center for Palestinian Residency and Refugee Rights canceling its joint project and funding entitled: Mobilizing for Justice in Jerusalem. The project aimed at enhancing the resilience of Palestinians and highlighting Israeli human rights violations and international crimes in Jerusalem. The project was supposed to take place over a period of three years, with a budget of 1.7 Million Euros. The final dismissal of the project came after a long series of correspondence between BADIL, the lead applicant in the project, and the EU when BADIL confirmed in early June 2020 that it objected to the so-called anti-terrorism clause (Article 1.5 bis) contained in Annex II of the General Conditions.

Despite previous correspondences from the EU on 27 August 2019 which stated that the revision to the contracts was anti-incitement clause rather than an anti-terrorism clause, the letter received by BADIL from the EU on 12 June 2020 stated:

Based on your reply we conclude that Badil cannot abide by the General Conditions as they stand and we are therefore obliged to consider your application no longer valid.

In its last correspondence to the EU, BADIL proposed alternative language for Article 1.5bis:

1.     The partner [in this case, BADIL] commits to spend the EU funds on the activities of, and for the purposes of the partner's approved project and budget only.

2.     The partner will not make available or transfer any EU funds to any political group/s and/or entities/s.

3.     The partner will use EU funds to ensure and promote human rights and democratic principles and values in accordance to international law standards and best practices.

BADIL’s objection to Article 1.5bis is based on the fact that signing the contract criminalizes the Palestinian struggle against oppression and requires the recipient organization to perform “screening” procedures which amounts to policing its own people. The inclusion of this article to contracts with Palestinian organizations contradicts the national role of Palestinian civil society institutions in the struggle for freedom from Israeli colonialism and apartheid. Further, the article violates both Palestinian and international law, as well as the declared obligations of the EU itself.

This situation reveals the seriousness of the article included in the EU granting contracts, and the underlying political goals of the EU. The EU’s rejection of BADIL’s proposed alternative language to Article 1.5 bis reveals that the article is more than just a passing text to ensure that funds are not transferred to political parties, according to the EU’s claims, but rather the  acceptance and adoption of the allegations of the Zionist lobby and Israeli campaigns.  Also, this rejection refutes Palestinian promotors’ claims that acceptance of the EU clause and/or its clarification letter forms an opportunity to challenge the attempts of  Zionist-Israeli groups to reduce or eliminate funding to Palestinian organizations. Rather, the EU rejection constitutes a basis to exclude BADIL and other Palestinian organizations that refuse to accept the condition which in turn constitutes a form of adoption of the Zionist lobby and its campaigns against Palestinian organizations. Accordingly, the rejection of the alternative terminology proposed by BADIL clearly reveals that:

1.     By criminalizing the Palestinians struggle, the political plan behind the inclusion of this article, is to eliminate certain Palestinian institutions on the one hand, and to generate another  group of organizations separated from the Palestinian reality and their national role in the liberation process on the other hand.

2.     The so-called letter of clarification issued by the EU and sent to the Coordination Committee of the Palestinian NGO Network on 30 March 2020 - devoid of  the specific legal context of Palestine and ethical considerations - was nothing more than smoke screen to normalize and promote the unacceptable conditions and aligns with the essence and objectives of Trump’s Deal of the Century.

3.     The EU’s insistence on keeping the aforementioned article is the result of a small number of Palestinian organizations’ breach of the national consensus of Palestinian civil society organizations and political parties  to reject these humiliating and illegal conditions. This situation has opened the door for other European countries and funding institutions to include the same unacceptable conditions and requirements.

BADIL – because of its principled position  on this issue – has lost five of its main funding partners during 2019 and 2020. BADIL renews its commitment to our people to reject any and all unacceptable conditional funding, its refusal to work and/or cooperate with any organization that imposes or is involved in signing such conditions and to continue to work within the Palestinian National Campaign to Reject Conditional Funding. On this basis BADIL demands that:

1.     Those Palestinian organizations that did sign the EU contracts terminate them immediately and publically announce this to our people.

2.     All national networks and institutions not sign any contracts with any international donor that includes the so-called counter-terrorism clause, and those organizations that have not yet joined the Campaign to join in order to strengthen the national position and civil society unity.

3.     The Palestinian factions, parties and leadership to take effective action to stop the farce of the signing process, as it is no longer acceptable to merely announce rejection of the conditions.