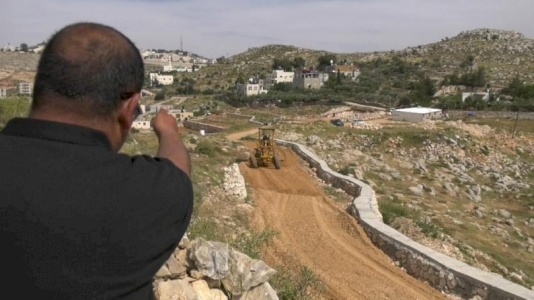 PR/EN/140520/24
Within BADIL’s program to enhance community resilience, BADIL in cooperation with Palestinian communities in Area C developed alternative rights-based approaches to increase Palestinian presence and access to their land. The project is designed to increase the resilience of Palestinian communities in the southern Bethlehem district, based on participatory needs assessments completed within four villages: Wadi Rahhal, Al-Walaja, Jab’a, and Beit Skaria. All villages are under the constant threat of Israeli annexation and located within or surround by the Etzion colonial bloc. The Etzion Colonial Bloc is a group of approximately 45 colonies, including the so-called outposts, located primarily south of Jerusalem, containing more than 87,100 colonizers. This area being swallowed by the bloc is home to more than 50 Palestinian villages and towns, and some 200,000 Palestinians.

The Al-Walaja project was initiated in 2018, continued into 2019 and in 2020 BADIL and the Al-Walaja Village Council are proud to announce that the agricultural road is completed. The road contributes to strengthening the steadfastness of Palestinians in their land while facing confiscation policies, in addition to other forced displacement policies like denial of access to land, natural resources, discriminatory planning and zoning, and home demolitions. The establishment of the road has resulted in increased access to farm lands in the area for approximately 35 families. However, the road benefits all of the 2,503 (75% refugees) Palestinians living in Al-Walaja, enhancing their resilience and challenging Israeli policies that create a coercive environment. The road is an all-weather gravel road with retaining walls and stone chains in order to prevent erosion and to maintain user safety.

By opening this agricultural road, it allows access for families living in Al-Walaja to use their land, thus challenging Israeli annexation. It also allows for Al-Walaja residents to cultivate and utilize the land, which means that they can increase their income either by selling produce or benefitting from self-consumption. The residents of Al-Walaja named the road “Shar3 Al Awda,” meaning “the street of return” and it has been said by one of the landowners in the area that the road brought them back to life as it helped them get access to their land and they gained the ability to transport agricultural supplies, including water to the land, something that was not possible before the road. Further, the landowner stated that “the road has contributed to improving the agricultural reality and form a permanent presence for us in the land, which means protecting it and pulling the rug from under the occupation and its excuses.” It’s the very first road of its kind that actually leads towards return to the Palestinian lands of 1948.

As part of the community resilience program, in Wadi Fukin and in partnership with the Department on the Wall and Settlements and the popular committee, BADIL also supported the planting of 300 fig trees in an area that was targeted by Israeli-Jewish colonizers for colonial expansion. This is the second planting of trees that BADIL has supported in this area. The first occurred in 2017, and olive trees were used that were eventually uprooted by Israeli-Jewish colonizers. Wadi Fukin is also an area exposed to severe Israeli policies of forcible displacement, annexation and colonization.

This program is part of an alternative strategy aimed at empowering rights holders and enhancing the capabilities of the residents in marginalized areas to develop methods of resistance and to respond to Israeli forced displacement policies. In addition to this, the program aims to shed light on the coercive environment and the policies of forced displacement imposed by Israel on Palestinian communities in areas close to and within the Etzion colonial bloc. The project is funded through BADIL and several of our international partner and donor organizations and the program is carried out in cooperation with several community based organizations and local grassroots movements. 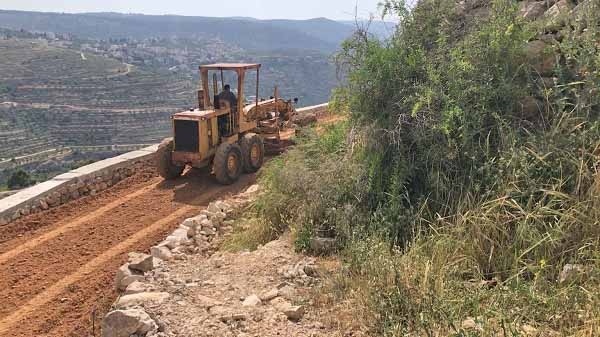 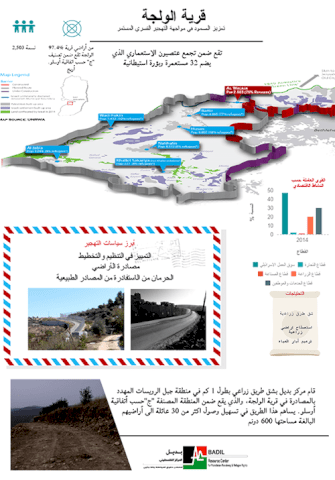