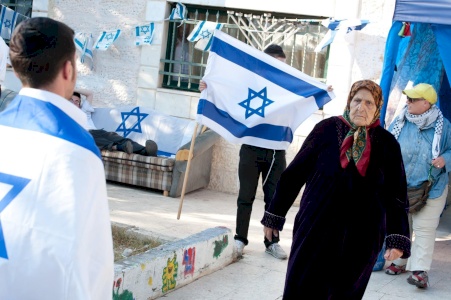 In regard to the recent developments subjecting Palestinian families of Sheikh Jarrah to imminent forced eviction, BADIL has issued a letter to state representatives in Jerusalem to call for immediate action.

Eight Palestinian families in the Karm Al-Ja’ouni area in the Sheikh Jarrah neighborhood of occupied Jerusalem are facing impending forced eviction that constitutes forcible transfer. The forced eviction of these families is strictly prohibited under international law, and forms part of Israel’s broader strategy to pursue the ongoing Nakba against the Palestinian people. In light of this, third-party states are required to take immediate practical measures to prevent these forced evictions.

By means of the discriminatory Israeli judicial system and its inherent complicity to Israel’s international crimes, the Jerusalem District Court rejected the Palestinian families’ appeals against their forced evictions in favor of Nahalat Shimon International – a settler-colonial organization that acquired ownership rights of the Karm Al-Ja’ouni area in the 1990s from two Israeli-Jewish groups which had received alleged ownership of the area from the Israeli Custodian General, as per the illegal and discriminatory 1950 Absentees’ Property Law and the 1970 Legal and Administrative Matters Law. These two laws, which made way for these forced eviction orders, are in direct contradiction to the right to reparations that Palestinian refugees are entitled to under international law. Following years of court proceedings, the eight families, consisting of 19 households and 87 people, have been ordered to vacate their homes no later than 2 May 2021 and 1 August 2021.

Forced evictions infringe on the right to adequate housing.1 It is recognized that forced eviction is “prima facie incompatible with [human rights] requirements of the Covenant” and is only justifiable “in the most exceptional cases, and in accordance with the relevant principles of international law.”2 By applying its discriminatory Absentees’ Property Law and the Legal and Administrative Matters Law, as well as offering ‘legal remedies’ through appeals, Israel attempts to categorize its imminent forced evictions of the Palestinian families in Sheikh Jarrah as justifiable in order to blur the lines of legality vis-a-vis the international community. However, Israel’s application of its domestic law in Jerusalem constitutes de jure annexation, which is in contravention with “relevant principles of international law,” and is thus inappropriately applied. Accordingly, the forced eviction of the eight Palestinian families in Karm Al-Ja’ouni area would not constitute a justifiable case of eviction under international law, clearly indicating that it is illegal per international human rights law.

Under this veil of false illegality, Israel further attempts to legitimize its efforts to pave the way for transferring Israeli-Jewish colonizers and building colonies in Sheikh Jarrah. Importantly, however, this process of de-Palestinianizing Jerusalem and self-indigenizing Israeli-Jews is strictly prohibited by international humanitarian law as part of a broader strategy to alter the demographic composition of Palestinian neighborhoods in Jerusalem through forcible transfer.3 In addition, this unlawful policy of forcible transfer is grounded in racial segregation and discrimination for the purpose of maintaining Israeli-Jewish domination over the Palestinian population, amounting to apartheid. Through this system of apartheid, the Palestinian people are prevented from accessing their right to self-determination.

Per Article 41 of the Draft Articles on State Responsibility, annexation, apartheid and the denial to self-determination are peremptory norms of international law whereby no derogation is permitted and third-states are obliged to take practical measures to prevent such policies and practices. In light of this, BADIL urgently calls for immediate practical measures to prevent the forced eviction and forcible transfer of the eight Palestinian families from the Sheikh Jarrah neighborhood.

BADIL is prepared to engage with representatives by any means and support, including legal briefings and further documentation in order to assist in the process of determining its practical measures. 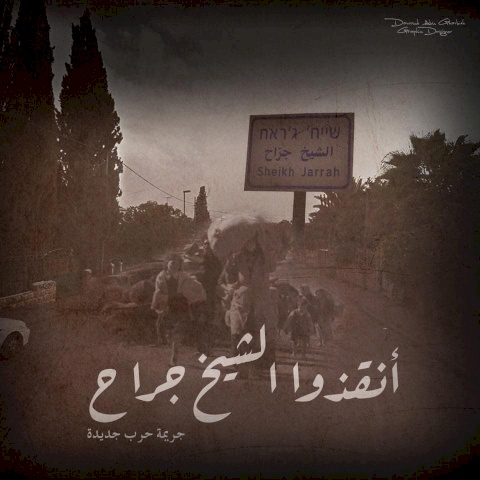 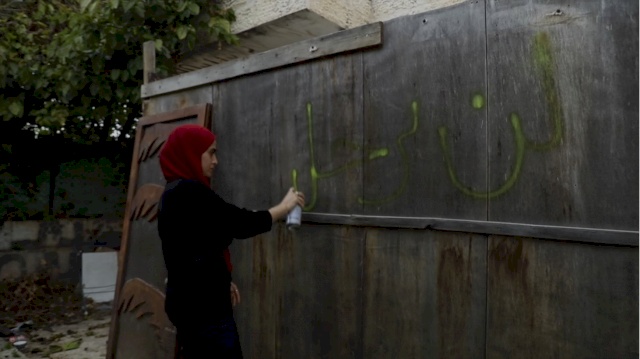