Karim Younis' letter after 40 years in Israeli prisons: Freedom for Palestine and Palestinian Prisoners and people

Click the following links to read the letter in other Languages: Arabic | French | Spanish | Italian

To my mom and dad,

I know that my imprisonment has distressed you, but I find consolation in your conviction that Palestine is deserving. Never have I experienced a moment as painful as when I was prevented from bidding you farewell and partaking in your funeral. But I want you to know that these past forty years in Israeli prison have not defeated me. I have returned dignified as you had hoped for me, Father. I have preserved my humanity as a Palestinian freedom fighter, Mother. Today, I am returning to sing the national anthem with my people everywhere – the anthem of struggle for return and liberation.

Mom and Dad, may your souls rest in peace.

To my resilient Palestinian people in Palestine and in exile, to my people who were with me throughout my forty years of captivity and provided me with the strength and hope needed to remain dignified, to my people who have not failed in embracing, protecting, supporting, and upholding their vows of liberation to the martyrs and freedom fighters,

To my people I say: Here I am, weighted with forty years of captivity, with just a few gray hairs, and many diseases, but I still have dedication to continue the path of liberation with dignity and determination. I did not feel any happiness when the Israeli court reduced my death sentence to a life sentence because I knew that the Israeli apparatus of oppression would continue killing me every day. And when my life sentence was reduced to forty years, I did not rejoice not only because I saw no difference between a life sentence and forty years, but also because I knew that there were hundreds of prisoners sentenced to life imprisonment by the judicial body which has been serving as one of the main pillars of the Israeli colonial-apartheid regime. 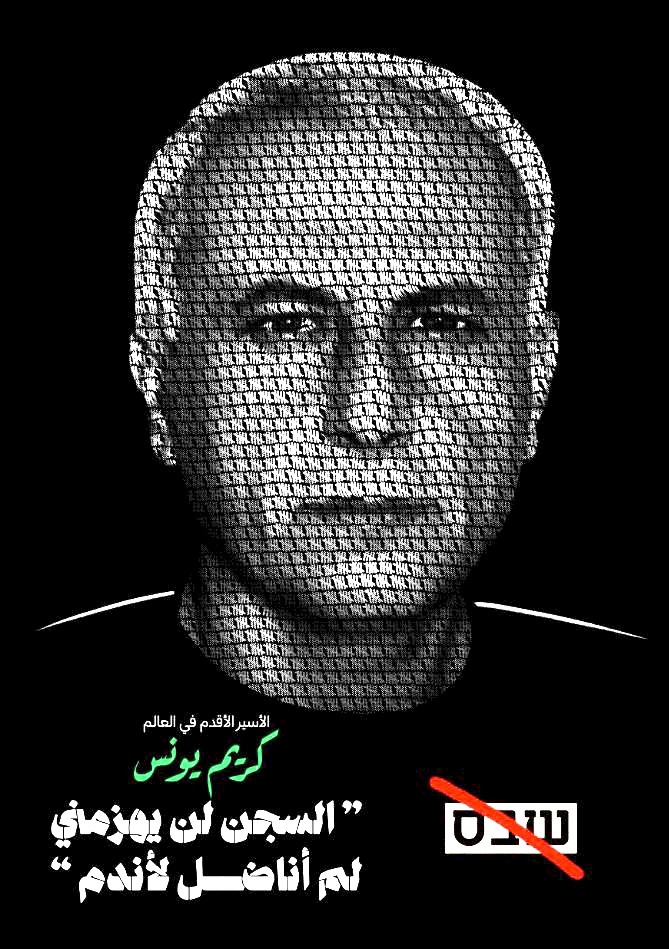 My people’s sons and daughters, I do not blame any of you for saying that it is a shame for the Palestinian political parties and international human rights movements to stand idly as our political prisoners spend years in Israeli prisons. But now that I have left my cell, I want to reassure you that we, freedom fighters, were and still are, proud of you. We are proud of our people wherever they are, both in the homeland and in exile. You are the Palestinian cause and our source of hope. You give power to our steadfastness. You are the purpose and essence of our struggle. O sons and daughters, Palestinian political prisoners are on the verge of facing a renewed campaign of repression by Israel. They are counting on you, so be their support and backbone as you have always been.

Palestinian freedom fighters in Israeli prisons are not only paying with their lives. Every day that passes, a piece of their life is stolen from them, hope is taken from them, a dream is taken from them. Every passing day sows pain in them and leaves them wounded with everlasting pain. The leadership, more so than anyone else, must remember that Palestinian political prisoners have not failed anyone, and you should not let them down either. Yes, the paths of struggle require sacrifice, but there is no need for there to be another Karim Younus. Freedom fighters should not be left in captivity for twenty, thirty, or forty years. And we all know that if it were not for those prisoners, our people would not have a voice or any dignity, and the leadership would not have any status or respect either. End the division, restore the unity of our people in all of Palestine and in exile, and restore the determination to struggle for liberation.

The liberation of people groups, defeating colonialization, and reinforcing human dignity, human rights, equality, justice, women’s rights, and the rights of indigenous people and minorities, amongst many other causes, are deserving of resistance and steadfastness. But remember, that the Palestinian case deserves special attention because the Palestinian people are facing international powers that are complicit in perpetuating the Israeli regime of colonization, apartheid, oppression, and injustice in Palestine. Raise your voices loud: freedom, freedom for Palestine.

To the states of the world and international bodies,

If states applied a tenth of what is declared in the hundreds of human rights treaties that have been signed, the situation in the world would be different than what it is today. Is it permissible to remain silent about the killing of our people in the streets? Is it permissible for Israel to label Palestinian freedom fighters as terrorists? Is it permissible to equate the colonized with the colonizer and merely settle for empty calls for peace? In Israeli prisons – the cemeteries of the living – free people are arbitrarily detained under administration detention, while others are facing unfair sentences of slow death. The international community must do more than issuing statements of condemnation and drafting reports. The world must intervene to protect our people from the oppression of the Israeli colonial-apartheid regime. The world must intervene to end administrative detention, to stop unjust sentences, and to liberate freedom fighters.

To my fellow Palestinian freedom fighters in Israeli prisons,

To all of them I say:

Because freedom is the most sacred of goals, Palestine deserves all of our sacrifices. Yes, my dears, Palestine is worthy and you, freedom fighters, deserve freedom. Today, I can only promise you that I will be a voice calling for your freedom, which I will broadcast among our people, its leaders, and across the world as much as I can. 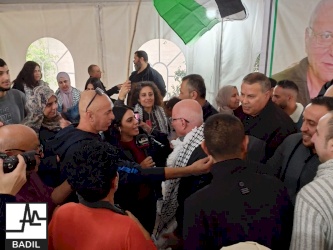 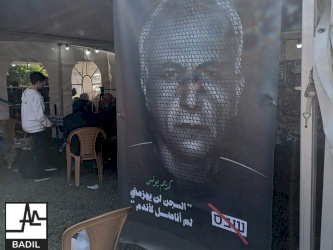 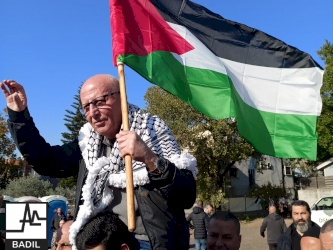 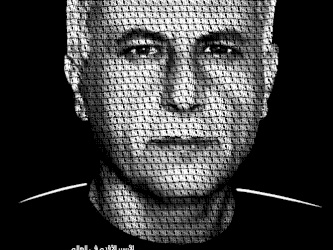