As part of Youth Initiative Project, implemented by BADIL, and in cooperation with members of the Global Palestinian Refugee Network across Mandatory Palestine, 30 youth participants carried out five community initiatives aimed at strengthening Palestinian resilience, facilitating access to land and natural resources, and enhancing the right to return.

In partnership with Ibdaa Center in Dheisheh refugee camp, the Women’s Hall was restored, with the goal of creating a safe space for women to practice various political, cultural, and social activities, aimed at that strengthening the role of women in the Palestinian struggle. The opening of the Women’s Hall was preceded by educational sessions that dealt with the most prominent phases of the Palestinian cause since the 1936 revolution until now. This included ten meetings prepared by the Youth Unit in Ibdaa Center, with the participation of 30 women from the camp.

A second initiative was implemented with Bisan Center for Development Research in Tulkarm to address one of the health and environmental crises in the village of Irtah, which is Tal Al-Ten landfill, created by the nearby Israeli colonies. The landfill poses a pollution and health hazard to the nearby Palestinian residents. As part of the initiative, and in cooperation with the Municipality of Tulkarm, 200 trees were planted in and near the landfill to absorb the sewage water and prevent Irtah citizins from throwing their solid trash in the fill. The pollution causes by the landfill has be reduced through the initiative.

In Aida camp and in partnership with Lajee Center, the “Environmental and Health Bazaar” was implemented, which sought to reinforce the concept of a Palestinian resistant economy. The Bazaar promoted dependence on national goods and products, and boycotting Israeli products. As part of the initiative, months before the Bazaar, 50 women participated in building several hydroponic gardens on some of the camp’s rooftops. They later displayed the organic crops in the bazaar, next to the handicrafts, and local products. In addition, the Lajee Health Unit conducted blood type and diabetes testing for about 800 people from the camp and the governorate.

Named as “Silwan Youth Forum,” in partnership with Al-Bustan Association in the village of Silwan in Jerusalem, 15 male and female activists came together to establish a cultural youth forum. The forum held political and cultural workshops that shed light on the Israeli colonial policies targeting Silwan, especially Israeli claims of land ownership, demolition of homes, and the establishment of various colonial projects on its ruins. The forum also carried out field visits to Palestinian villages under the threat of forced displacement, such as Al Walaja and Beit Sakarya, and other Palestinian cities and camps, such as Nazareth and Dheisheh camp in Bethlehem.

Last but not least, in cooperation with the Addar Association for Culture and Arts in Nazareth, two podcast episodes were produced under the name “It’s not the fault of the sea to shed light on the silent Israeli forced displacement policies and the gentrification of Jaffa by private Israeli companies. The podcast's name comes from the fact that Israeli colonizers want to live by and be near the sea for its views, beauty, and resources, which comes at the cost of the Palestinians. However, it is not the fault of the sea and its beauty that Israel is displacing Palestinians. The episodes also focuses on the intersection of colonial policies and the patriarchal customs, in addition to the impact of gentrification and displacement on Palestinian women's lives.

The youth were asked to create, develop and implement community initiatives focusing on the right to access land right to return, through their shared Palestinian identity, with a cross-cutting gender-inclusive approach, after a series of workshops, trainings, and field visits organized throughout the year 2021. In addition to the 30 youth participants trained in the project, the Youth Initiatives attracted 2500 participants overall, from children, to youth and women, as well as local communities and private businesses. 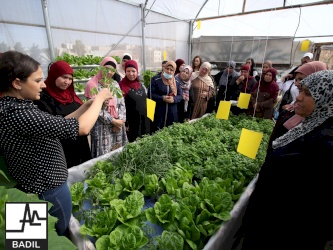 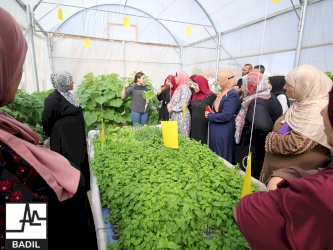 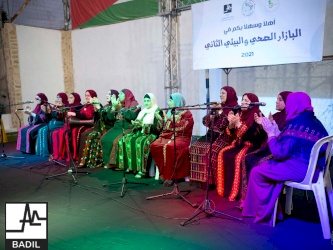 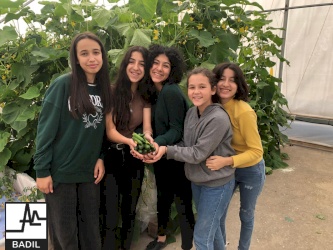 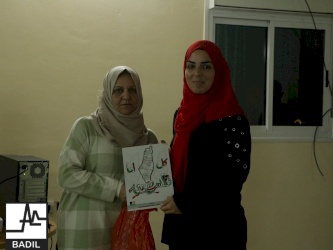 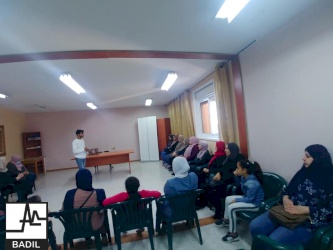 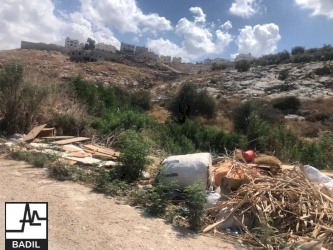 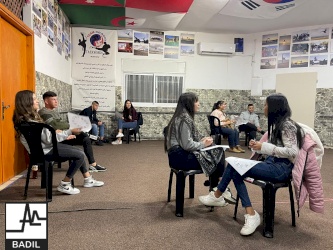 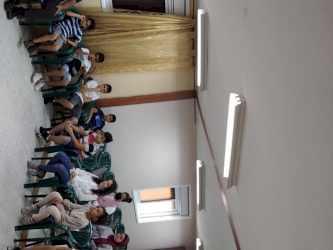 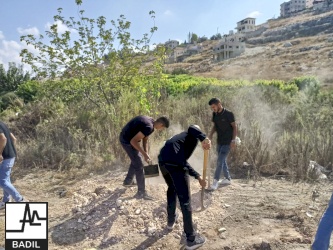