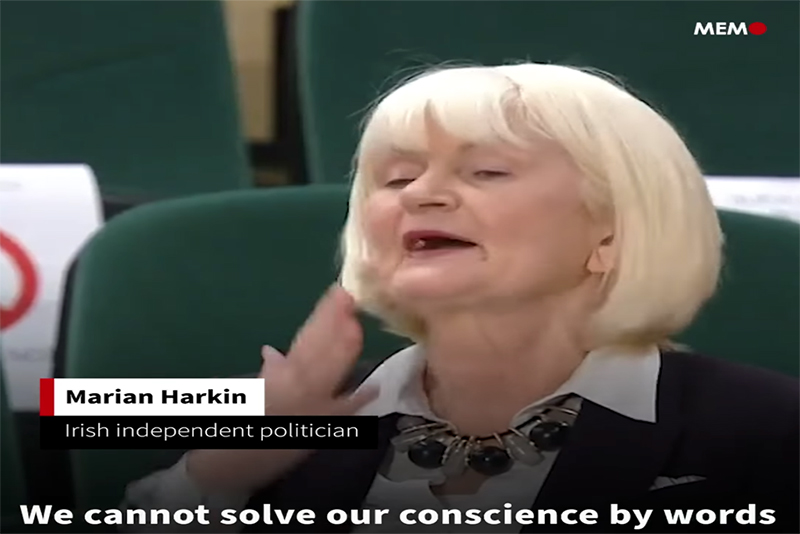 On 26 May 2021, Ireland’s Dail (Parliament) passed a motion which declared that Israel’s colonial policies and practices in the occupied Palestinian territory as unlawful de facto annexation of Palestinian land. While this motion is not law, it is the first of its kind, and should serve as a catalyst for further practical measures to be taken by the international community to ensure Israel’s accountability to international humanitarian law.

Ireland is not only setting the bar but also raising it in the quest to respect and ensure adherence to international legal frameworks and accountability for states that violate peremptory norm of intentional law. It should be noted that all forms of annexation, de facto and de jure are prohibited under international humanitarian law.

Unfortunately, the EU and the UN Security Council have yet to take practical measures to thwart Israel’s unlawful policies and practices implemented within a colonial-apartheid regime. Regardless, the precedent set by the Dail on de facto annexation, is a step towards ending Israeli impunity.

The motion was the result of months of continuous and diligent by civil society groups and organizations as well as Dail members and political parties. BADIL and the Global Palestinian Refugee Network appreciates the efforts of Ireland, its civil society and government and encourages States to also fulfil their responsibilities to ensure respect and adherence to international law by taking similar and additional measures.