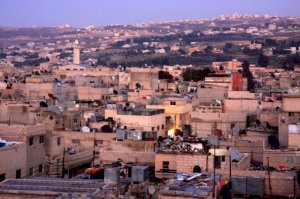 Palestinian Refugees in Jordan and the Revocation of Citizenship[1] 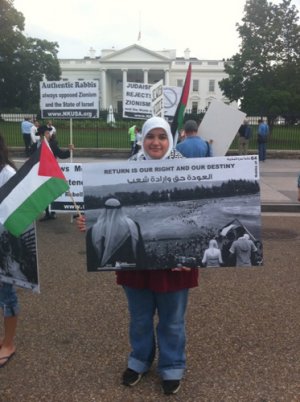 Symbols of Nakba, Visions of Return

For peoples engaged in struggle, the potency of symbolism is undeniable. In the Palestinian case, the symbols of struggle cover the world throughout which we have been dispersed, and exhibit the depth of a century-old quest for freedom. Among the most potent of these symbols is the kufiyyeh, a headdress associated with 1936-1939 worker and peasant uprising against British occupation and Zionist colonization. Many images are also symbols, like the iconic photographs of the expulsions of 1948 and the first tents of the refugee camps, and those of martyrs and freedom fighters. There are also the keys. Refugees carried these keys to the homes lodged in their memories to which they were sure they would return; logos of the leading militant factions; a caricature character with the spiky hair of a hedgehog witnessing the bitter ironies of loss and victory; the map of a homeland resembling a sharp shard of glass carved out by European powers and gifted to the world’s most famous Diaspora, only to create today’s largest and longest standing refugee population; and a flag designed as part of a British colonial campaign against its rival Ottoman empire, later to become a banned symbol of resistance raised in acts of defiance by protesting youth throughout the 1980s.

Today a certain disconnect, a rupture, has emerged constituting a discomforting space between the symbol and what it symbolizes. The locks into which refugees’ keys fit are now buried—together with the doors and the houses they guarded—under bustling cities and Jewish National Fund parks and picnic areas. The weapons adorning some of the leading factions’ logos are today used to police the mothers and cousins of their bearers. The Palestinian flag now adorns the mahogany desks and buildings of an Authority seeking to talk its way to whatever scraps of land and sovereignty the colonial power will allow to fall from the negotiating table. The map of Palestine bears the name of the colonizer’s regime on most maps produced today, and a more accurate map of the “State of Palestine,” if such a scrap is to somehow fall from the table, looks more like ghettoes in the form of a splatter of blood than a bandage to a century of wounds. How long will it be before settlers produce Handhala T-shirts in the Jews-only settler-colonies to sell to Palestinian refugees in neighboring countries and Westerners seeking to replace their tattered Che Guevara paraphernalia with something fresh? 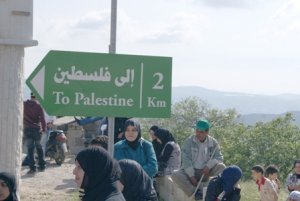 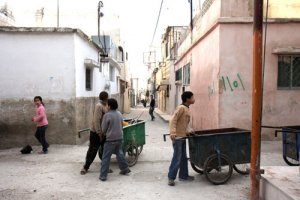 Palestinian Refugees in Jordan and the Revocation of Citizenship 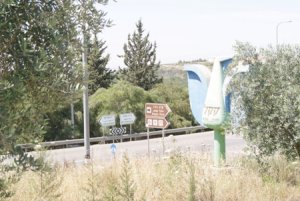 Photo-story: A Trip to al-Qabu

On a trip to find the Palestinian village of al-Qabu, destroyed and depopulated by Israeli military forces in October 1948, one encounters the ways in which the Jewish National Fund's parks and forests have altered the Palestinian landscape. The following photographs give a small sense of how this is done. 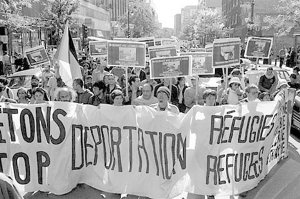 We demand that the Right of Return be fulfilled. Until then, Palestinian refugees in the diaspora and internally displaced Palestinians need to be granted full economic, political and social rights.

From the Beirut Declaration 19 September 2004

Since declaring its bloody ‘war on terror’, the United States has not only changed its own immigration policies and procedures, but Canada’s as well. Canada’s new Immigration and Refugee Protection Act (2002) initiated an all out war on immigrants and refugees in this country. The main victims of this war have been poor people, specifically those from Arab and Muslim countries. 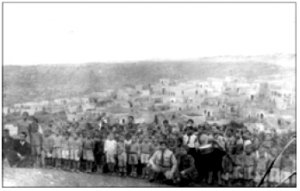 “The Palestinian peasant is an educated peasant.” Mohammad’s father’s words accompany the constant ringing in his ears that started when he was injured by a car bomb meant to kill him on the streets of Baghdad. “We were farmers, we knew the land, we loved the land and the land loved us.” It was this love of the land that led the villagers of ‘Ayn Ghazal, on the slopes of Mount Carmel to fiercely resist the Zionist onslaught in 1948. Despite the signinficant imbalance in the level of training and armament that clearly favored the Zaionist forces fighting to clear the area of its indigenous inhabitants, the defenders of ‘Ayn Ghazal, Ijzim and Jaba’ relentlessly fought to keep their families alive and on their land. “The Zionists called our three villages the ‘dirty triangle’ because they couldn’t defeat us, even though they were heavily armed with modern guns and artillery and planes while every three of the Palestinian resistance fighters had to share a rifle!” 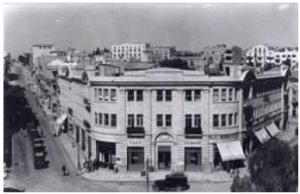 We are the Children of the Apostles

While she was only two years old when her family was forced to flee their West Jerusalem home, Reverend Mattar was told the story so often that it is deeply entrenched as part of her own memory. Her father, Suleiman Hanna Mattar, was a successful banker with Barclays bank in Haifa, and the bank had moved him to Jerusalem. In the weeks before the Zionist attack on Jerusalem, her sister's closest Jewish friends had told her that there was going to be trouble for Arabs, her father had also been told that if they did not leave their home they would all be killed. So it was obvious when the sounds and tremors of explosions began to fill the house that they needed to leave. 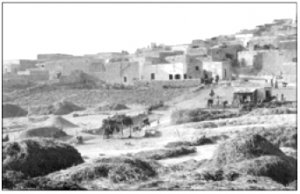 “Our lives became so much more complicated when Saddam’s Iraq invaded Kuwait” Having been born and raised in Kuwait, Mahmoud’s perception of his being a Palestinian refugee revolved around his father’s stories about their village of Suhmata and its people, the pools, the castle and the stories of his childhood visits to Balbaak’s Thakanet Ghoro (Gouraud) refugee camp. He would also hear about ‘Ein El-Hilweh, the refugee camp in Sidon where his mother was raised. “In Kuwait, it was very normal for you to be Palestinian or Yemeni or Indian, or indeed from anywhere in the world since most of the labor done in that country came from elsewhere.” 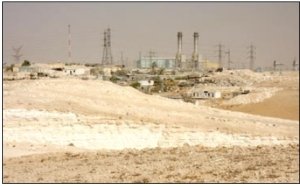 Following government orders, Israeli forces, demolition workers, and two bulldozers entered the village at 9:30 a.m. on 8 May 2007, while all the men of the village were at work. They destroyed every structure in sight, forcing the women, children, and elderly in the village out of the thirty homes before destroying them all, rendering one hundred more Palestinians homeless under the scorching summer sun.1 This did not take place in the West Bank or Gaza but in the village of Twail Abu-Jirwal in the Naqab, and all one hundred Palestinians who were forcibly displaced were citizens of the state of Israel.