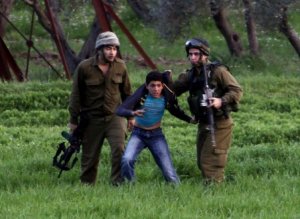 Israeli Military Law: A Tool to Legitimize Oppression and Injustice

The Israeli military law framework, made up of over 1,700 military orders applied to the occupied Palestinian territory (excluding East Jerusalem), is used to sanction and legitimize the implementation of an oppressive and violent prolonged military occupation. Israeli military law works to disconnect individual soldiers, military prosecutors, military judges and others from their choice to implement occupation and deny rights to the Palestinian population. The Israeli military commander of the West Bank attempts to escape responsibility by distancing himself from the legal code (military orders) and also to show its independence, and demonstrate the rule of law notion. Such attempts are lost on us.