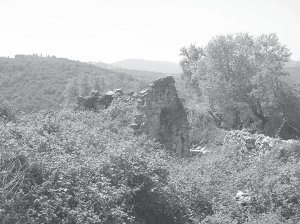 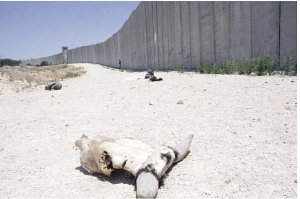 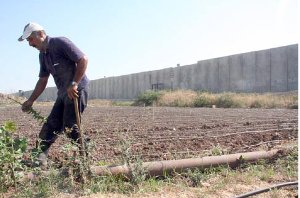 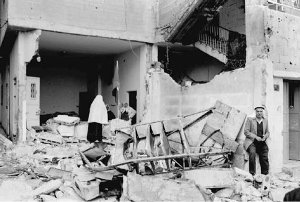 Addressing Women's Empowerment in Times of Occupation and Colonization

From 5 to 22 July 2005, the Committee for the Elimination of Discrimination Against Women (CEDAW) will meet with Israeli delegates to discuss Israel's state report. Israel's report to CEDAW is incomplete; it ignores discriminatory laws against internally displaced Palestinian Arab women in Israel, fails to address Israel's human rights' responsibilities towards Palestinian women in the Occupied Palestinian Territories (OPT) and disregards its international obligation to allow the return of Palestinian refugees, of which half are women. 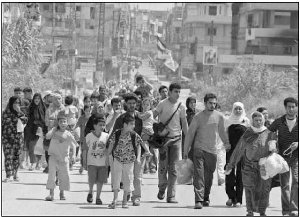 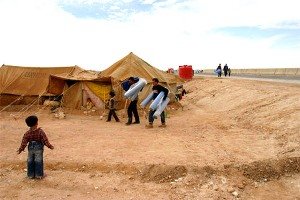 When solutions are not solutions

Palestinian Refugees stranded in and fleeing from Iraq

It is to everyone's dishonour that these human beings are still rotting in Al Tanf, in Al Walid, in Ruweished and -worst of all – in Baghdad where one or more is being murdered virtually every day. Rupert Colville, “Shame, How the world has turned its back on the Palestinian refugees in Iraq”, Refugees, No. 146, issue 2, 2007, p. 24. 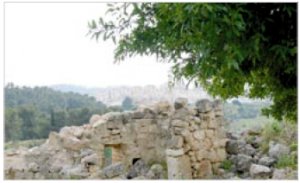 I Miss the Air

I was around 17-18 years old when we were expelled from our village, Deir Aban. This was 18 October 1948. We had heard that the Zionists had occupied Akka, Jaffa, and many villages and that massacres occurred, such as in Deir Yassin. We heard that the Zionists had put the dead and injured people into a hole and buried them alive in Deir Yassin, the same day that we heard that Abdelqader Husseini was killed. A street was later built on top of them. We were very afraid and when we heard about the story of Deir Yassin, all the civilians in the village went to hide in the mountains. 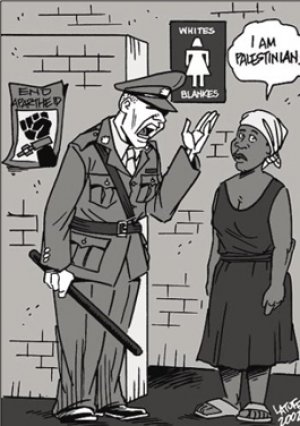 Applicability of the Crime of Apartheid to Israel

Apartheid is an Afrikaans term for "apartness," which means to "separate," to "put apart," to "segregate." It can be summed up as the institutionalization of a regime of systematic racial discrimination or more precisely, "a political system where racism is regulated in law through acts of parliament."1

Discussions on whether Israel is guilty of the crime of apartheid are not new; numerous articles were published in the 1980s and 1990s concluding that the situation in Israel and to some extent the occupied Palestinian territory (OPT) is one of apartheid.2  These discussions were, however, sidelined by the Madrid-Oslo process in the mid-1990s, which was widely expected to bring about at least partial self-determination of the Palestinian people in the OPT. Discussions on the applicability of the apartheid label to Israel have recently re-emerged, mainly as a result of the entrenchment of Israel's regime of occupation and colonization in the OPT and its continued discriminatory policies towards Palestinian refugees and citizens of Israel.3 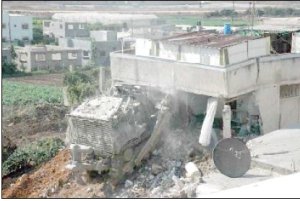 No strategy or vision that aims to end internal displacement

Assessing the response to situations of internal displacement in the OPT

This article presents some of the main findings and recommendations emerging from an assessment of the response to situations of internal displacement in the OPT conducted by Badil with the cooperation of communities affected and members of the Inter-Agency Displacement Working Group and the financial support of Oxfam-Québec. The assessment stemmed from the identified need to better understand how we – UN agencies, local and international NGOs, donor governments and the Palestinian Authority – assist and protect internally displaced persons (IDPs) and people at risk of displacement in the OPT. It stemmed also from the desire to implement the Collaborative Response to Situations of Internal Displacement in the OPT in a manner that respects international law and best practices.