The Palestinian Boycotts Divestment and Sanctions Committee was formed in 2007 and grew out of the need to shape, maintain and steer the BDS campaign, which in turn was developed in response to Israel’s complete failure to comply with the 2004 ruling of the International Court of Justice calling for the demolition of the Annexation Wall and its related regime. BADIL has been fully committed to the BDS campaign from its very inception and will continue to strive for a durable solution to the Palestine/Israel situation. Such a solution must be the result of a rights-based approach, and until this is achieved, the BDS campaign must continue.

No more tax deductibles for funding settlements in occupied territory

September 21, 2012 — Following advocacy-work and pressure from Norwegian People’s Aid (NPA) and the Norwegian Union of Municipal and General Employees (NUMGE), the Norwegian Ministry of Finance announced their decision to exclude the Norwegian organization “Karmel-instituttet” from the list of organizations that the Norwegian public may get tax deductions for providing funds to. The reason behind the decision is that the organization provides financial support to Israeli settlements in the occupied Palestinian territories. 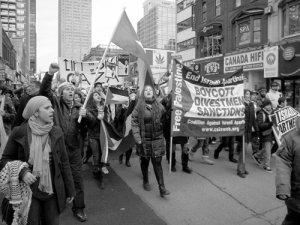 25 May 2012
Forced Population Transfer in Palestine; Thinking Practically about Return (Issue No.49, Spring-Summer 2012)

UK’s student body endorses divestment
January 6, 2012—In a historic move, the National Union of Students (NUS) in the UK has committed its “resources and support” to any students wishing to organize their own campaign targeting companies complicit in Israel’s occupation and breaches of international law, and particularly Eden Springs and Veolia. This comes soon after the NUS’ National Executive Committee voted to condemn the collaboration between King’s College London (KCL) and Ahava. 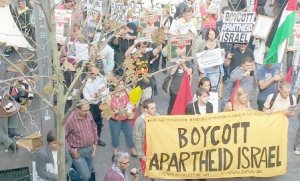 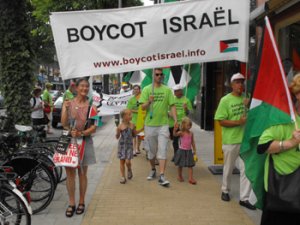 Palestinian University Students and Youth Groups Commit to Sweeping Boycotts
28 April 2010 – In the lead-up to the Nakba-62 commemorations, Palestinian student and youth groups in Palestine and in exile issued a statement in which they committed to enforce a broad boycott of Israeli products and programs. "Economic, political, cultural and institutional normalization legitimize Israel's oppression of the Palestinian people by giving the appearance of normalcy to the relationship between oppressor and oppressed. This relationship is hardly one between equals as Israel continues to violate our inalienable rights, steal our land, and prevent refugees from our right of return in contravention of international law and numerous UN resolutions." The students also asserted their “right to resist Israel's oppression of the Palestinian people through all forms of resistance and in accordance to international law, including forms of civil resistance such as demonstrations, sits-ins and, boycotts of Israel.” 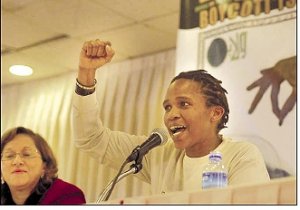 On 9 July 2008, the Palestinian BDS National Committee (BNC) launched a major new online resource for the campaign for boycott, divestment and sanctions against Israel. BDSmovement.net will bring together news, campaign materials and resources from Palestinian and global activists in a single site to support, coordinate, and provide information, updates and analysis about the international BDS movement.

Occupied Ramallah, Palestine - 27 December 2008: Today, the Israeli occupation army committed a new massacre in Gaza, causing the death and injury of hundreds of Palestinian civilians, including a yet unknown number of school children who were headed home from school when the first Israeli military strikes started. This latest bloodbath, although far more ruthless than all its predecessors, is not Israel 's first. It culminates months of an Israeli siege of Gaza that should be widely condemned and prosecuted as an act of genocide against the 1.5 million Palestinians in the occupied coastal strip.

Final Declaration and Action Plan of the Bilbao Initiative

For the past 60 years, the indigenous Palestinian people has been scattered in the Diaspora and fragmented within its homeland by walls and policies of segregation and domination. However, the Palestinian national struggle cannot be divided, and the rights of the Palestinians to return to their homes of origin, enjoy freedom, and exercise self-determination can only be achieved if the root causes of their denial are addressed and if Palestinian national unity is preserved.