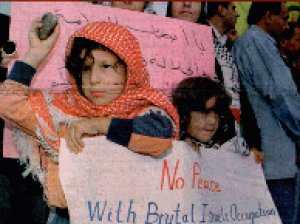 BADIL: What has led B'tselem to take on thisissue of the Palestinian refugee question and the right of return?
Yael Stein: Formally speaking, the issue of refugees is outside our mandate because our mandate is restricted to the West Bank, including East Jerusalem and the Gaza Strip. When the final status negotiations started we thought that it would be impossible not to deal with the final status issues because an agreement will be signed on them and these issues have a human rights dimension.

BADIL: Could you analyze for us briefly how you see the relation between various social sectors of Israel and the Palestinian right of
return?
Tikva Honig Parnass: I have recently come to the conclusion that there is an inevitable connection between the 'two-state' approach and the negation of the right of return. You cannot speak about two states in terms of a Jewish state and a Palestinian state and accept fully the right of return and its implementation. Moreover, contrary to the conclusion of Matzpen(1) in the 1980s that you can end the Israeli occupation without ending Zionism, due to what was considered then as new circumstances in the imperialist system, the facts have shown since then that this was a false assumption. What we get is an apartheid regime all over historic Palestine, which was Israel's plan from the beginning when they went to Oslo. 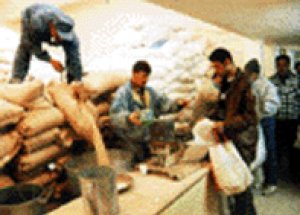 The Right of Return and Israeli Society

Nine months after the beginning of the al-Aqsa intifada and nearly half a year since the collapse of final status talks at Taba, Egypt, the lack of international political will to intervene in the Israeli-Palestinian conflict on the basis of international law leaves little room for optimism about the immediate future of the region and the more than 5 million Palestinian refugees who remain in exile more than 50 years after their displacement/ expulsion. 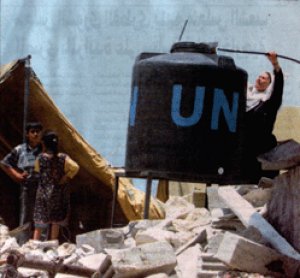 International Mobilization and Lobbying the UN

In late April and early May 2001, representatives of BADIL and partners traveled to Geneva for exploratory consultations and discussions about how to effectively and efficiently advance Palestinian refugee rights in various UN and international fora. During meetingswith numerous organizations including the International Committee of the Red Cross (ICRC), the Office of the High Commissioner for Human Rights (UNHCHR), Office of the High Commissioner for Refugees (UNHCR), the International Organization for Migration (IOM), 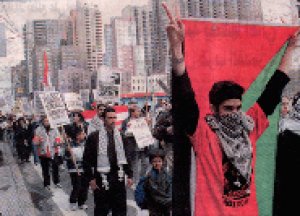 UPDATE: Campaign for the Defense of Palestinian Refugee Rights

7 April Rallies: Building on the success of previous marches and rallies, such as the one simultaneously held in Palestine, Lebanon, Washington/DC and London in mid-September 2000, (See al-Majdal, Issue No. 7) members and partners of the worldwide al-Awda (Return) Network held marches and rallies in Palestine, North America, Australia, Europe, Japan, and in Jordan, Syria and Lebanon on 7 April under the common slogan: "No Peace without Return to Our Homes!" 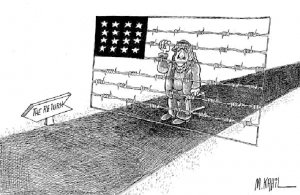 While the collapse of the Oslo process in the latter half of 2000 and the outbreak of the al-Aqsa intifada focused international attention for the first time since the beginning of the Madrid/Oslo in the
early 1990s on the root causes of the Palestinian/ Arab-Israeli conflict - i.e., denial of the right of return for Palestinian refugees and denial of the right of the Palestinian people to self-determination - the international community, in general, has yet to
address these fundamental issues. As in Kosovo in the 1990s, the escalation of armed conflict in the Middle East stems in large part from the continued failure of the international community to effectively and efficiently address political and legal repression
of the Palestinian people by Israel.

Efforts by Palestinian, Arab and Non-Aligned states' to intervene for Palestinian rights through the UN system have been successfully marginalized for the time being. The deployment of international forces under the auspices of the UN remains stymied by US veto in the Security Council. The absence of international will has also rendered ineffective the affirmation by the UN Commission on Human Rights at its 57th session in March/April of the need for international protection for the Palestinian people.

1. Future of the Palestinian Refugees under the Current Political Settlement:

BADIL - Information & Discussion Brief No. 8:
Palestinian Refugees and the Right of Return: An International Law Analysis. Prepared for BADIL by Gail J. Boling, Coordinator of the Legal Unit (English & Arabic) For a complete list of BADIL Information and Discussion Briefs, see the BADIL website
BADIL Follow-Up Information Submitted to the Committee for Economic, Social and Cultural Rights, Regarding the Committee's 1998 "Concluding Observations", Regarding Israel's Serious Breaches of Its Obligations under the International Covenant on Economic, Social and Cultural Rights, with Special Document Annex (Prepared by Dr. Salman Abu Sitta), Quantifying Land Confiscation inside the Green Line (English & Arabic, 70 pages) 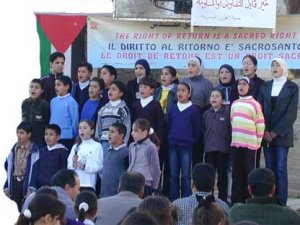 Palestinian Kids Express Their Anger and
Frustration to UN Officials

"We feel helpless, we need to do something to support our friends in Palestine," said a young person from Shatila, expressing his anger at pictures portraying the deaths of Palestinian children in the Intifada. "What shall we do? Go demonstrate? We have been demonstrating for months but our voice was not heard!" "We are just wasting our time," replied another. "We need to do something that makes our cries heard," said another. "We need to have answers to our questions about the reasons the world is not moving to save us and about the injustices falling upon us as Palestinian refugees."