Summary of Findings: Badil's Survey of Palestinian Refugees and IDPs 2008

1. Scope of Palestinian Displacement 2008
The Palestinian refugee and IDP population described here comprises the total estimated number of Palestinians and their descendants whose “country of origin” is the former Palestine (now divided into Israel and the OPT), who have been displaced within or outside the borders of this area, and who do not have access to voluntary durable solutions and/or reparation, including the right to return to their homes of origin and the right to repossess their properties.

2. Statement by NGOs Presented to the 55th Session of the UNHCR Executive Committee of the High Commissioner’s Program, Geneva, 4-8 October 2004.

On Monday, 16 June 2008, the European Union and Israel agreed to upgrade their relations within the framework of the EU-Israel Association Agreement. This starts a process to end in April 2009 with the definition of a common Action Plan that involves the adoption of initiatives and the creation of stronger ties in a broad spectrum, including economic, trade, academic, security and diplomatic fields. We are appalled by the EU's blatant refusal to hold Israel to account for its persistent violations of human rights and international law. 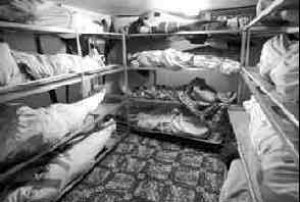 Update on Ariel Sharon: In early March a Belgian Court of Appeals agreed to a request submitted by lawyers for the survivors of the Sabra and Shatila massacre to reopen the legal debate concerning the admissibility of the case against Ariel Sharon for war crimes, crimes against humanity and genocide and Belgium’s competence to judge the case under the principle of Universal Jurisdiction. The legal team submitted the request in late February following a ruling earlier in the month by the International Court of Justice (ICJ) that a Belgian arrest warrant for the acting Foreign Minister of the Democratic Republic of Congo violated international law because it failed to respect the Minister’s “immunity from criminal jurisdiction.” 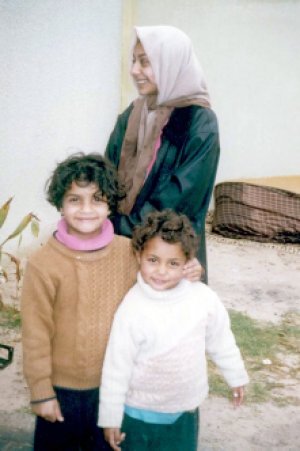 When Would I Become a Bird?

When I was young, I used to imagine that I was a small bird flying from one place to the other and landing wherever I liked. I used to stand in front of the mirror and sing like a bird would do. I used to cut wings from paper, draw on my face to look like a bird, and stand on the bed attempting to fly to the ground. My grandfather, who used to feel he was a tree planted in the land, always told me: "Become a planted tree because the land is everything for the human being. The person who doesn’t have land is not a human being . If I were a tree, I would have stayed in Palestine." I used to tell him that I want to stay a bird and land on his shoulders. But he would yell at me saying: " Go away, you will break my branches. You are not a bird."

My grandfather passed away but I still felt like a bird. As I grew up, I started to realize that I could not be a bird because I am a Palestinian refugee. This meant I could not fly whenever I felt like because I had no land and eventually, I had no identity. I began to realize how important it was for a person to have a land in which he is implanted. But my land is there and I want to return to my land there, in Palestine. I want to return so that I would have an identity like my grandfather had before leaving Palestine.

I want to tell a story which happened 50 years ago. In February 1958, a child was born in Beit Jibreen Village, a Palestinian village 26 km north-west of Hebron. He was the first child born to his parents. Some months later, the war between Israel and the Arab states began. In the 1948 war, the village was attacked by Zionist military units and bombed by Israeli aircraft. By that time, Beit Jibreen already hosted many refugees from neighboring villages. The fighting and bombing frightened the people. they escaped the fighting and sought shelter in the surrounding hills. The family of the child found protection in a cave 5 km east of the village. they had left everything in their home, hoping to return after a few days when the attack would be over.

The policy of displacement, property destruction, and confiscation has continued under the Barak government. Between the end of October and the end of November 14 homes in the West Bank and Gaza were demolished bringing the total in 1999 to 88 and since the beginning of the Oslo peace process to 782. (LAW, 30/11/99) According to a new report by Amnesty International (AI) entitled, "Demolition and Dispossession: The Destruction of Palestinian Homes", since 1987, at least 2,650 homes have been demolished in the West Bank (including eastern Jerusalem). While the number of Palestinians living under direct Israeli military control has dropped from around 1 million to 40,000 since 1995 (Oslo II), the number of house demolitions per year (219 in 1998) has shown an increase in recent years. AI estimates the value of the houses demolished since 1987 at around $50 million, not including the value of confiscated land. The report notes that more than one-third of the Palestinian population in eastern Jerusalem lives under the threat of having its houses demolished. (Full report is available at, www.amnesty.org)

As Israeli Interior Minister Sharansky continues to give press statements promising a halt of the Israeli policy of ID card confiscation from Palestinian Jerusalemites, lawyers and human rights activists have not yet been able to obtain concrete and binding information about the way in which the Israeli government will handle Palestinian residency rights in the occupied city in the future. This and the fact, that the Interior Ministry has refrained from presenting its official response to the Israeli Supreme Court - overdue since September 1999 in the framework of the pending public petition against the policy of ID card confiscation -suggests that the Israeli political leadership has not yet reached a consensus on the new policy and procedures.

In the meantime, ID card confiscation from Palestinian Jerusalemites continues, although apparently at a somewhat lower rate than in the past. According to the new data released by the Interior Ministry's spokesperson to Ha'aretz journalist Amira Hass, 394 ID cards were confiscated between January - 17 October 1999. Of these ID cards, 121 were revoked because their holders had moved to the West Bank and Gaza Strip outside the Israeli defined municipal borders of the city, and 273 were found living abroad.