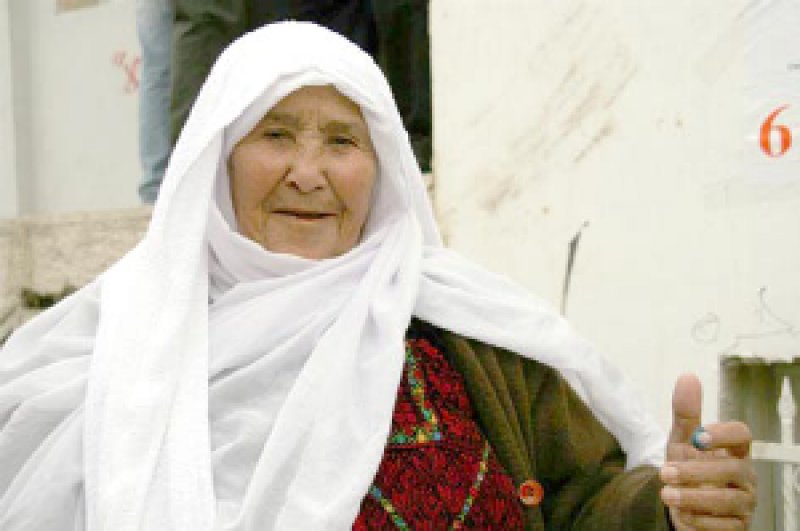 In 2005 the Occupied Palestine and Syrian Golan Heights Advocacy Initiative (OPGAI) presented a call for boycott, divestment and sanctions (BDS) against Israel to the 5th World Social Forum in Porto Alegre, Brazil. The Palestinian Campaign for the Academic and Cultural Boycott of Israel (PACBI) worked closely with the British Committee for Universities of Palestine (BRICUP) which lobbied the Association of University Teachers (AUT) to adopt an academic boycott of Israeli universities. Despite the fact that the initial AUT boycott was reversed due to enormous pressure from the Zionist lobby in the UK and beyond, it proved that an academic boycott is attainable. (www.pacbi.org).

On 9 July, the first anniversary of the ICJ ruling on Israel’s Wall in the Occupied Palestinian Territory (OPT),over170Palestinian networks and organizations in the 1967 OPT, Israel and exile issued the Palestinian Civil Society Call for BDS against Israel until it abides by international law (see: www.badil.org/Boycott-Statement.htm, www.stopthewall.org and www.al-awda.org). It represents a call by political parties, major unions, NGO networks and faith-based institutions for a broad and sustained BDS Campaign until three major objectives are achieved: ending Israel’s occupation and colonization of the West Bank (including Jerusalem) and the Gaza Strip, implementation of the right of return of Palestinian refugees, and granting Palestinian citizens of Israel full equality under the law. The Palestinian BDS Campaign is coordinated by an acting steering committee composed of OPGAI, PACBI and ITTIJAH. In Palestine, the Campaign was presented to the Association of International Development Agencies in the OPT (AIDA) and to the International Seminar, “Building a Future together: Alternatives to the Israeli-Palestinian Impasse” organized by the Alternative Information Center (AIC), Alternative Tourism Group (ATG) and the Health Work Committees (www.alternativenews.org).

Criteria for the application of boycott to joint Palestinian-Israeli projects was adopted by a broad forum of Palestinian civil society organizations convened by the Palestinian NGO Network in the OPT (PNGO). In January 2006, 37 Palestinian film-makers issued a joint letter requesting Euromed (Euro-MediterraneanPartnership)toabstainfromfundingajointIsraeli-Palestinian project via Euromed Audiovisual II based upon the established criteria.

The Palestinian Civil Society BDS Call has since served as a point of reference for numerous campaigns launched by the global solidarity movement, including non-Zionist Jewish groups and individuals. Other BDS initiatives were launched in Jewish-Israeli civil society, NGOs and faith-based organizations in Europe and North America. Many of these initiatives, however, tend to focus only on the urgent need to end Israel’s occupation and colonization of the 1967 OPT and do not commonly include ending discrimination inside Israel and the right of return of Palestinian refugees among their explicit strategic objectives.

The Israeli Committee against House Demolitions (ICAHD) issued a call for selective boycott, divestment and sanctions against Israel to end its occupation (www.icahd.org). Campaigns for boycott of Israeli settlement products and calls for sanctions and selective divestment were also issued by Gush Shalom (www.gush-shalom.org) and New Profile (www.newprofile.org).

In January 2006, Aharon Shabtai, Israeli poet and teacher of Hebrew literature at Tel Aviv University, publicly rejected an invitation to the Fifth International Poetry Festival in Jerusalem, because he opposes “an international poetry festival in a city in which the Arab inhabitants are oppressed, systematically and cruelly...”

The World Council of Churches encourages use of economic pressure for influencing a resolution in Israel/Palestine, including divestment from companies that profit from Israel’s occupation and from companies involved in the production of arms or construction of Jewish colonies in the OPT (www.oikoumene.org/cc2005.html).

Similar resolutions for shareholder activism, “morally responsible investment”, and “selective divestment” from companies were passed by the Presbyterian Church, the Anglican Consultative Council, the United Methodist Churches in New England, the York and Hull District Methodist Synod, England, and the Ann Arbor Interfaith Council for Peace and Justice. The United Church of Christ (July 2005) also calls for “reallocation of US foreign aid to constrain militarization in the Middle East”, and the United Church of Canada – Toronto region also calls for a boycott of products and services of corporations contributing to the maintenance of illegal settlements. Friends of Sabeel North America held several strategy conferences and meetings on moral investment (www.fosna.org ).

Jewish groups worldwide who have expressed support for selective boycotts, divestment and sanctions to end Israel’s occupation include Not in My Name (www.nimn.org), Jewish Voice for Peace (www.jewishvoiceforpeace.org), European Jews for a Just Peace (www.ejjp.org) and Jews Against the Occupation, New York (www.jatonyc.org).

In January 2005 at the World Social Forum in Porto Alegre, Brazil, the global Anti-War Movement Assembly issued a final Call to Action encouraging a BDS strategy for Palestine based on the proposal submitted by the Palestinian delegation composed by the Occupied Palestine and Syrian Golan Heights Advocacy Initiative (OPGAI). (www.badil.org/Publications/Press/2005/press_2005.htm)

International civil society fora and campaigns which have explicitly endorsed the Palestinian Civil Society BDS Call in 2005 include: United Nations International Conference of Civil Society in Support of Middle East Peace (13 July 2005); International Solidarity Movement (ISM)-France (www.ism-france.org); Veterans for Peace (6 August 2005; www.veteransforpeace.org); the November 2005 annual conference of Connecticut United For Peace (www.ctunitedforpeace.org); and, consumer boycott campaigns launched in December by the Palestine Solidarity Campaign UK (www.palestinecampaign.org), the Flamish Palestine Committee-VPK (www.vlaamspalestinakomitee.be), and the Quebec-based Coalition for Justice and Peace in Palestine composed of 20 organizations including two well-established international NGOs active in the field of development cooperation (Entraide missionaire and Solidarity Union and Cooperation (SUCO)), the Women’s Federation of Quebec, the provincial union of College of General and Vocational Education (CEGEP) teachers, the Jewish Alliance Against the Occupation, PAJU-Palestinians and Jews United (www.cjpp.org).

In addition, on 9 July 2005, the European Coordinating Committee of NGOs on Palestine (ECCP) launched a European Campaign for Sanctions against the Israeli occupation. The ECCP calls for suspension of the EU Trade Association Agreement and an embargo on military cooperation with Israel. Some of its 300 member organizations also actively promote consumer boycotts of Israeli products (www.association-belgo-palestinienne.be/activities/index.htm). Similar campaigns aimed at pressuring Israel to take down its Wall and to end occupation and colonization of the OPT are being launched gradually by several large European NGOs working in the field of humanitarian aid and development cooperation. A campaign launched by the U.K.-based War on Want, for example, calls for sanctions against Israel including the suspension of the EU-Israel Trade Association Agreement, and a boycott of Caterpillar for sales of equipment to the Israeli military (www.nowall.org.uk).

Divestment from Israel and companies benefiting from the Israeli occupation, among them the Caterpillar Corporation, as well as lobbying of the U.S. Congress are promoted by the US Campaign to End the Israeli Occupation, a network of over 200 member organizations (www.endtheoccupation.org). The 2004 “Resolution to Divest, in Principle and Practice, From Israel” passed by the National Lawyers Guild in the United States also calls for the implementation of Palestinian refugees’ right of return in accordance with UNGA 194 (www.nlg.org/mideast/index.shtml).

Student organizations, staff and faculty members in numerous North American campuses, among them Harvard University, Georgetown University, Oberlin University, Michigan State University, Ohio State University, University of Wisconsin and the University of California, have launched initiatives aimed to bring universities, colleges and communities to divest from Israel bonds and companies that do business with Israel, such as Caterpillar and Intel. By 2006, over 50 such initiatives have been reported, many of them include the demand for the implementation of Palestinian refugees’ right of return. (For examples, see www.al-awda.org).

A letter addressed to George Bush on 27 December 2005 by the president of Human Rights Watch requests that the U.S. administration deduct direct aid to Israel by the amount equal to what Israel spends on construction and maintenance of its settlements and the Wall in the occupied West Bank. (www.hrw.org/english/docs/2005/12/27/irslpa12346.htm)

The Somerville Divestment Project (SDP) provides a model for community action. 4,500 signatures were collected in the small city in Massachusetts for a petition to the city council to divest from Israel. The initiative was thwarted for alleged procedural mistakes and SDP is now filing suit to get the city to accept the petition (www.divestmentproject.org).

On 15 December, the Provincial Parliament of Sor-Trodelag, which includes Trondheim, Norway’s third largest city, and comprises almost 20 percent of Norway’s population, voted in favor of a bill prohibiting the purchase and sale of Israeli goods in all municipalities of the province in order to bring about the end of Israel’s apartheid regime. The bill was passed with the support of the ruling coalition composed of the Norwegian Labor Party, the Socialist Left Party, and the Center Party, as well as the Christian Democratic Party (see: www.al-awda.org).

On 21 November 2005, the Green Party of the United States endorsed a resolution for a comprehensive strategy of boycott, divestment and sanctions against Israel based on the Palestinian Civil Society BDS Call (www.gp.org/press/pr_2005_11_28.shtml).

The Norwegian Socialist Left Party, a member of the center-left Norwegian government announced in December 2005 that it will launch a Palestine solidarity campaign in 2006 in-line with the Palestinian Civil Society BDS Call. The campaign will focus on a boycott of Israeli goods and will push for a ban on arms trade between Norway and Israel. An announcement to the press in this regard was made by the Norwegian Minister of Finance, a member of the Socialist Left Party, in the first days of January 2006 (www.stopthewall.org).

More in this category: « Hamas Election Victory – a Call for Good Trying to avoid criminal charges for crimes against humanity and war crimes »
back to top