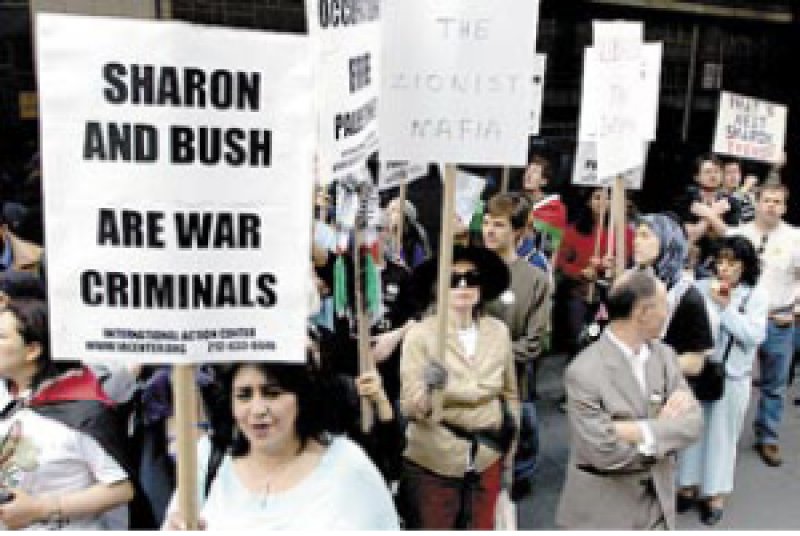 Governance and Respect of Palestinian Rights

Hamas is now challenged with finding ways to respond to the legacy and the multi-facetted public expectations of its victory and new leadership role. The Palestinian vote has correctly been described as a political earthquake or tsunami that poses deep challenges to the Palestinian body politique, including the secular forces of the Palestinian left. The ball, however, is in the court of the international community – diplomats, governments, and civil society - who will have to show whether they are able and willing to hear and engage based on the message of Palestinian voters in the occupied Palestinian territories (OPT).

The 25 January elections to the Palestinian Legislative Council (PLC) were conducted democratically and peacefully with a voter turnout of almost 78%. This is a remarkable success, especially because of the inherent contradiction between democratic election and military occupation and colonization: Israeli military checkpoints in occupied eastern Jerusalem blocked free access to ballot stations in the outskirts of the city, while voters in town had to go through a cumbersome procedure of casting their votes in Israeli post offices surrounded by Israel security and border police. There fore, voter turnout in Jerusalem was low (41%). Some two-thirds (6 million) of the Palestinian people live in exile and their right to participation is denied under the terms of the Oslo Accords. Palestinians did not elect their representatives to a parliament and government of an independent and sovereign state, but to a Palestinian Authority with very limited powers over small parts of the OPT.

Palestinians in the OPT chose their representatives in the 132-seat parliament by casting two separate votes, one for a country-wide party list (66 seats) and one for individual candidates running on the district level (66 seats).

Although a strong showing of Hamas in these elections was expected, the sweeping victory came as a surprise to all. In common times, Hamas enjoys the stable support of some one-third of the Palestinian population in the OPT, and nobody – neither Palestinian voters, polsters, local and international analysts, nor Israeli intelligence or even Hamas itself - had expected that its country-wide list, ‘Reform and Change’, and individual Hamas candidates combined would take 75 of the 132 seats in the new Palestinian parliament. Fatah was left with 44 seats, Palestinian secular and democratic forces who had formed four separate lists achieved a combined result of 9 seats, and 4 seats went to independent candidates, most of them also supported by Hamas.

What made Palestinians opt for Hamas in the second PLC elections? The answer has both an internal and an external component. A major internal factor is a general public fatigue and disgust of the Fatah-led Palestinian political leadership which – as the Palestinian Authority – has ruled Palestinian political life since the 1993 Olso Accords. The vote for Hamas is a vote for change, for ending a situation where lack of good governance and commitment to serving the public, in-fighting, corruption and arrogance of the rulers have resulted in an ever-deteriorating situation. And Hamas has a proven record, as elected head of municipalities and local councils, of being a more credible, impartial and committed civil servant than the old guard of notable and Fatah-affiliated communal leadership.

Moreover, the Palestinian vote for Hamas is a vote against the Fatah-led Palestinian Authority whose commitment to fundamenal rights and principles of the Palestinian national struggle is widely doubted. The Palestinan Authority has become both a prisoner and indispensible partner in endless diplomacy whose purpose is to cover up the fact that nothing is done to bring about a just and lasting peace, and it has failed to take action against those from its own ranks, who publically undermine the national consensus and struggle for freedom from occupation, the right of return of the refugees and self-determination. None of the Fatah candidates known for corruption or involvement in the Geneva Initiative, for example, were elected on the district level due to their personal record, while 45 of the 66 seats went to locally respected individuals affiliated with Hamas. Palestinians voted for an end to this status-quo and fora new leadership that will lead the Palestinian struggle with determination and clarity.

Finally, the Palestinian vote for Hamas is a message to Israel and the international community. It is a vote against external efforts to set the rules for Palestinian democracy, a signal of protest against the massive interference in the election process by western governments and the European Union, who repeatedly threatened to withhold economic aid and political support should Hamas join the Palestinian Authority. It is a message to the international community, in particular the ‘Quartet,’ that Palestinians are no longer willing to accept the approach to peacemaking which holds that Palestinian ‘reform’, rather than ending Israel’s occupation and colonization, is the way to resolve the conflict. It is a call for ending Israel’s impunity and for respect and enforcement of Palestinian rights under international law.

More in this category: « Ariel Sharon and Us Highlights, Boycott-Divestment-Sanctions (BDS) against Israel, 2005–January 2006 »
back to top