Ingrid Jaradat Gassner
The Other Disengagement (Issue No.20, Winter 2003) 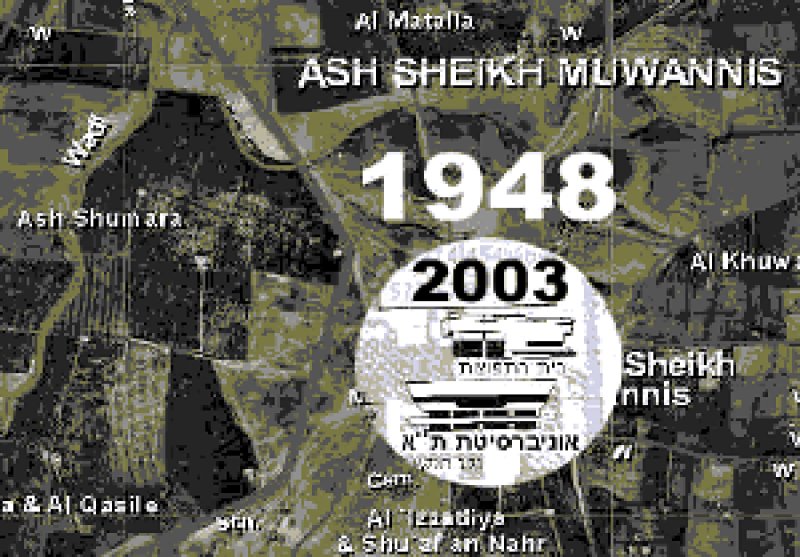 The BADIL presentation on the right of return of Palestinian refugees under international law started with a brief overview of key questions: why human rights and international law should matter? What are the individual rights of Palestinian refugees? When does a right of return usually apply? It was argued that war crimes, genocide and crimes against humanity committed in the first half of the 20th century lead to a worldwide consensus about the important role of international law as a means to ensure justice, peaceful coexistence and development of nations.

Codified in the UN Charta, the Bill of Rights, and a growing body of customary law, international law has served, in the post-WWII era, as a yardstick for best practice in conflict resolution and reconciliation worldwide. Under international law, refugees are entitled to the same basic human rights as all other people. Since refugees are a particularly vulnerable to rights abuses, a special set of laws and norms (International Refugee Law) serves to protect their rights while in forced exile and during the implementation of durable solutions. One of these rights is the right of refugees to return. It usually applies when people are deliberately barred from returning to their homes and property after temporary departure and in cases of forcible (mass) expulsion.

Do Palestinian refugees also have a right of return under international law? Both, the BADIL speaker and the Israeli respondent agreed that the answer would no doubt be positive, if their massive and forced displacement had happened in the year 2000: a Palestinian Nakba would be considered ethnic cleansing and a crime against humanity, while modern human rights treaties and state practice have established a universal right of return that must be considered customary law. But the Palestinian Nakba dates back to 1947/8, when modern international law was far less developed, thereby providing the basis for Israel’s legal argument that a right of return does not apply to Palestinian refugees.

The BADIL speaker and the Israeli respondent subsequently disagreed about whether a strong legal argument could be made for the Palestinian right of return based on the international law in place in 1948.

BADIL argued that the right of return should be considered a customary norm already in 1948, based on existing international law (Law of Nations/state succession, humanitarian law, the Universal Declaration of Human Rights) and state practice, especially remedies and obligations enforced by the Allies in the context of the International Military Tribunal of Nuernberg.

Moreover, Israel cannot exempt itself from its obligations under customary law by making use of the fact that it has persistently objected to the return of Palestinian refugees (‘persistent objector rule), because international law does not permit exceptions in the case of norms that may not be violated by any state (i.e. jus cogens norms). BADIL argued that the Zionist/Israeli measures applied against the Palestinian civilian population in 1947/48 represent violations that were codified as jus cogens violations already in that time (i.e. war crimes, crimes against humanity, genocide; right to self-determination, right of access to basic resources; prohibition against discrimination and acquisition of territory by force). Therefore, Israel is obliged under international law to readmit Palestinian refugees in line with UN Resolution 194.

The Israeli respondent emphasized that what is legal is not necessarily just, and that international law is based on consensus among states. He also raised that it may be difficult to obtain a consensus about a customary right of return already back in 1948, and that Israel may well argue its case as a persistent objector to such right.

This also, because it is doubtful that a convincing case for jus cogens violations can be made with regard to Israeli actions in 1947/48 for mainly technical reasons: humanitarian law of the time (i.e. the Hague Conventions) applied to state actors, while neither the Zionist movement nor the Palestinian people represented sovereign state actors in 1947/48.

With regard to the current situation and implementation of rights principles, attorney Sfard pointed to the fact that the demand for implementation of Palestinian refugees’ right of return conflicts with the individual human rights of Jewish Israelis living in the country today. In such a situation of conflicting individual rights, international human rights law stipulates that human rights are not absolute and that the rights of both parties must be respected.

The legal session was followed by a briefing about the case and positions of internally displaced Palestinians in Israel by the representative of ADRID. Discussion in two working groups aimed to deepen the debate about issues raised in the seminar. Participants in this debate agreed that a precise understanding of the legal underpinnings of the historical Zionist-Palestinian conflict was key to drawing conclusions about current Israeli responsibility and obligations towards Palestinian refugees.

While the majority of the discussants raised that the events of 1947/48 had to be described in terms of illegal ethnic cleansing, the debate also showed the scope of issues yet requiring clarification: What exactly is ethnic cleansing? What was the legal status of British Mandate Palestine, the indigenous Palestinian people and the Zionist immigrant community there? What are the legal provisions and status of the 1947 UN partition resolution? Is there a legal foundation – and/or international recognition of the 1967 cease-fire line as Israel’s borders?

The seminar concluded with a presentation of a video-clip documenting highlights of a recent Zochrot study visit of the remnants of the Palestinian town Majdal and a decision to hold a second workshop with BADIL and local Palestinian refugee community activists in Bethlehem.

On 26 December, fifteen Zochrot activists met at BADIL offices with an equal number of Palestinian community activists from Hebron and the Bethlehem area refugee camps, among them members of the Popular Service Committees, the Palestinian Prisoner's Society and BADIL.

The discussion was opened by a presentation of the Zochrot initiative aimed at raising Israeli awareness and recognition of the Palestinian Nakba among the Jewish society in Israel. Zochrot activists described how awareness of the destruction of Palestinian society in 1948 necessarily led them to the question about Israeli responsibility and affirmation of the right of Palestinian refugees to return, a process of mental and emotional transformation many more Israelis are likely to undergo, if exposed to the Palestinian experience on a personal level.

Palestinian participants welcomed the initiative of Zochrot, which – unlike other Israeli 'peace initiatives' – carries a message that identifies with the historical narrative of the Palestinian people and holds that Jewish-Israeli society must come to terms with its role in it. While it will remain the role of Zochrot to convince its public of the benefits of an inclusive and non-racist alternative to Zionist positions and polices, the Palestinian participants present at the meeting expressed their readiness to cooperate and support Zochrot initiatives.

A number of possible joint activities were raised, including coordinated study visits to the Palestinian refugee villages of origin now in Israel, guided debates between displaced Palestinian land owners and Jewish secondary occupants of these lands, and presentations in Israeli schools and universities. Palestinian participants raised the need to receive information and reports from Zochrot, in order to be able to show to the Palestinian public that there is an alternative to the Zionist discourse and 'peace proposals.' The meeting concluded with the decision that a smaller group of representatives from both sides will meet in the near future, in order to plan and coordinate joint activities for 2004.