Aisling Byrne
The Other Disengagement (Issue No.20, Winter 2003) 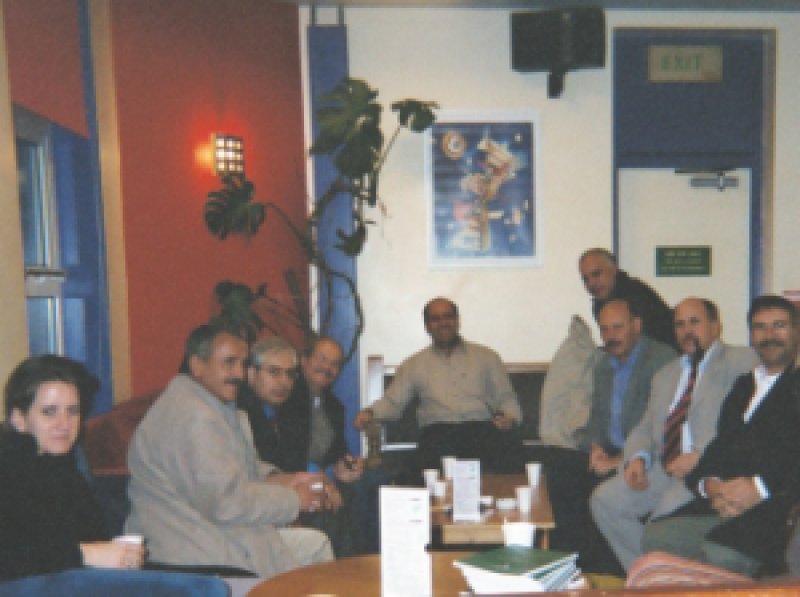 The 4th Annual Right of Return Coalition Meeting took place in London from 5-10 November 2003. The meeting was hosted by al-Awda, the Palestine Right to Return Coalition, UK. Participants came from historic Palestine, Arab countries (with the exception of Jordan), Europe, and North America, and included some 16 societies, organizations, committees, groups, and coalitions working in the field of the defense of the Palestinian right of return.

Since the first meeting of the Coalition in Cyrpus (October 2000), on the eve of the al-Aqsa intifada, the return movement has expanded in membership and geographic representation. It has also received more attention among Palestinian refugees. The right of return has also become central to several official and unofficial international proposed solutions for the Palestinian refugee issue.

The 4th Annual Meeting was held in the context of international and regional developments that witnessed the collapse of the so-called peace process with the “Road Map” reaching a dead end. Among various alternative initiatives, the Geneva understandings constitute the most dangerous unofficial agreement signed by Palestinian and Israeli personalities. The Geneva understandings constitute the first agreement in which Palestinian figures clearly compromised the right of return, the central component of UN General Assembly Resolution 194.

Based on the conclusions of the 3rd Annual Meeting (Copenhagen, December 2002), this year’s annual meeting focused on the internal structure of the coalition. Participants at the Copenhagen meeting recognized that the Coalition needed a stronger and more active structure in order to better coordinate work among refugee initiatives, committees, groups, and organizations in Palestine and in exile. Improvements to the internal structure of the Coalition will also facilitate the expansion of the Coalition and assist in encountering current and future difficulties (See, Introduction, Third Annual Strategy Workshop, BADIL 2003).

Since the first meeting of the Coalition in Cyprus there has been a perception that random expansion of the Coalition, without strict internal rules governing the relations between the members on the one hand, and with external parties on the other, would inhibit realization of the desired goal of transforming the Coalition into an active lobby in various areas and under different political conditions.

The establishment of internal structures was the main item discussed in the closed sessions of the 4th Annual Meeting of the Coalition. Three working papers were prepared to guide discussion and debate: the primary working paper was prepared by the Coordinator of the meeting, Mohammad Jaradat (BADIL); a second working paper, based on the first, was prepared by Coalition members from Lebanon (Aidoun Group, Forum of NGOs in Lebanon), from Syria (Aidoun Group). Both papers examined potential structures to facilitate further expansion of the coalition and regulation of the relationship between its various bodies. The third paper, prepared by the Right of Return Coalition in Denmark, included comments and suggestions related to the expansion, activation and development of the Coalition in a manner that would guarantee the independence of the return movement as a popular non-governmental movement.

After a review and thorough discussion of the working papers, the 4th Annual Meeting adopted the Constitution of the Palestine Right of Return Coalition. The Constitution includes, in addition to the preamble, three main sections covering the objectives and methodology, guiding principles, and regulations governing internal relations. The Constitution also establishes three bodies: the Annual Meeting, the Executive Office, and Regional Branch Offices. The Annual Meeting constitutes the highest authority of the Coalition, responsible for planning and strategizing Coalition work. The Executive Office is responsible for implementation of the Coalition work plan through the Regional Branch Offices, taking into consideration the distinct characteristics of each region in general, and of each area of the region in particular. The Executive Office is composed of nine members representing various regions (3 members from Palestine; 1 each from Jordan, Syria, Lebanon, Europe, United States and Canada; in addition to BADIL Resource Center which will act as Secretariat of the Executive Office). The Coalition member in each region will nominate an individual to serve in the Executive Office for a period of one year (i.e., between annual meetings). The Regional Branch Offices for Coordination and Follow-up include four offices that cover four geographical areas (Arab host countries, Europe, and North America, and Palestine). Coalition members in each region will determine the location of the regional branch office.

In addition to the 4th Annual Meeting of the Coalition, al-Awda UK organized two public activities aimed at raising awareness about Palestinian refugee rights among the British public and in the media. The first activity was organized in the British House of Commons on 6 November (See above), while the other was organized in the University of Westminster, London on 8 November (See below).

An international conference was held in London on Saturday, 8 November 2003 organized by al-Awda UK, in partnership with the RoR Coalition. The conference was chaired by Neil Gerrard MP, Chair of All Party Parliamentary Group on Refugees in Britain.

Keynote speakers included: Professor Avi Shlaim, St. Anthony’s College, Oxford: “On Old and New History;” Dr. Karma Nabulsi, Nuffield College, Oxford: “Bringing 1948 into the Heart of the Peace Process;” Professor Anat Biletzki, Chair of Philosophy Department at Tel Aviv University, and Chair of the Board of B’tselem: “All Ten Million of Us;” and Omar Barghouti, Palestinian political analyst and writer: “Relative Humanity: The Fundamental Obstacle to a Secular Democratic State Solution.” (See page 30 in this issue)

More in this category: « Editorial:The Other 'Disengagement BADIL Fact Finding Visit to South Africa, 10-19 November 2003 »
back to top