Majdal Editorial Team
The Other Disengagement (Issue No.20, Winter 2003) 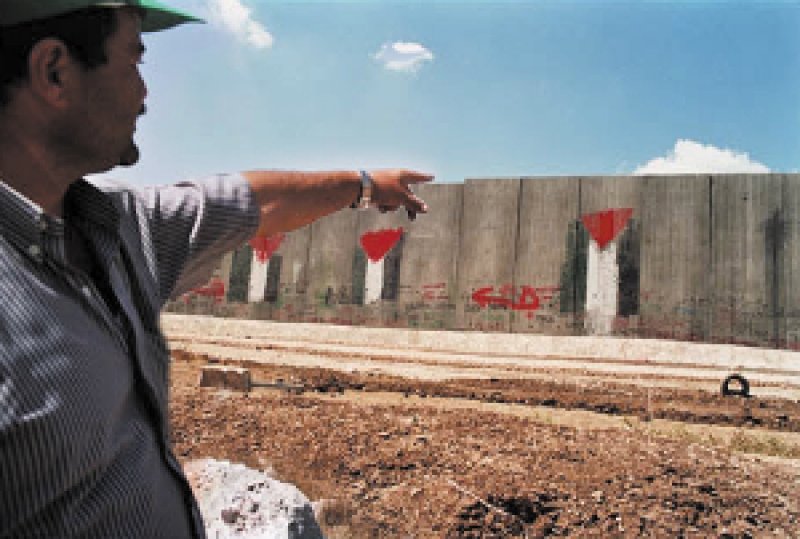 The Geneva Understandings, however, are far more notable for the complete lack of respect for basic human rights and popular participation in the peacemaking process. They go so far as to state that where such an agreement contradicts the Charter of the United Nations, the agreement itself would override the Charter. Like Oslo the understandings are predicated on Israeli perceptions of security and the exclusive character of the Jewish state. Equality and basic human rights, including the rights of more than 5 million Palestinian refugees, are therefore dismissed as obstacles in the grand pursuit of a final status arrangement.

Refugees were never consulted about the substance of the so-called understandings until after the fact. Even then, it was only those refugees in 1967 occupied Palestine, who comprise the smaller part of the total refugee community, that were actually 'consulted', albeit only through opinion polls. This cavalier attitude is not unlike that of Labor Zionists at the Israeli Foreign Ministry who observed in 1949 that of the nearly 1 million Palestinian refugees “the most adaptable and best survivors would ‘manage’ by a process of natural selection and others will waste away. Some will die but most will turn into human debris and social outcasts and probably join the poorest classes in the Arab countries.”(1)

What is also troubling is the extent to which many international actors appear willing to turn a blind eye to the absence of these principles. Perhaps taking a cue from a recent American measure requiring Palestinian NGOs to sign an ill-defined ‘anti-terrorism’ pledge (that could potentially include all forms of resistance to the Israeli occupation) as a pre-condition for USAID support, some European states appear to be linking continued financial support to the cessation of NGO critique of the Geneva Understandings, thereby undermining the very essence of civil society which they claim to support. At the same time these very same governments are encouraged by opinion polls, like the one conducted by the Baker Institute and the International Crisis Group, claiming that close to a majority of Palestinians support the understandings, not giving much credence to the fact that the polls exclude the majority of the Palestinian people – i.e., refugees – who reside in exile.

One of the few positive developments in the last three months is an initiative, sponsored by a number of Arab states, South Africa, and Cuba ( UNGA Res. ES-10/14, 3 December 2003) requesting an advisory opinion from the International Court of Justice (ICJ) on the legal consequences of Israel’s apartheid wall, considering the rules and principles of international law, including the Fourth Geneva Convention of 1949. The resolution followed the submission of a first report by the UN Secretary General noting Israel’s non-compliance with GA Resolution ES-10/13, 27 October 2003 calling upon Israel to stop and reverse construction of the wall.

The initiative is a welcome step towards a return to the rule of law. More than fifty years ago the UN General Assembly rejected a similar request seeking an ICJ Advisory Opinion about the whether the UN had the authority to recommend the partition of Palestine. As was the case in 1947, the current ICJ initiative has wider legal and political implications. It raises fundamental questions about Israel’s legal regime that has been used for more than five decades to displace and denationalize the indigenous Palestinian population of historic Palestine, expropriate their land, and segregate remaining Palestinians into separate living spaces.

The ICJ initiative also focuses attention on a fundamental political question at the heart of the Palestinian-Israeli conflict – is separation or partition a feasible let alone just and durable solution. Already in 1937, the Woodhead Commission warned that any attempt to partition the country, given the difussion of the Arab and Jewish population, held a real danger of sparking a mass involuntary population transfer. Following decades of involuntary transfer, which has created a situation where the majority of the Palestinian people reside in forced exile outside their historic homeland, it must be asked whether partition or a two-state solution really provides a solution to the root causes of the conflict.

Regardless of the final architecture of a solution, human rights and popular democracy are critical elements of a just and durable peace. While human rights may not provide ironclad guarantees for successful implementation of a peace agreement nor absolute guarantees against future violations, they do provide a common framework to regulate relations between former antagonists, mediate disputes, reconcile past injustices, and ensure that no individual or party is above the law and can act with impunity. Even when the UN went ahead with the ill-advised partition plan in 1947 (Resolution 181), the plan included extensive human rights provisions for these very purposes. “It is important, in the interest of orderly society, and of the well-being of all Palestinians,” wrote those who drafted the recommendation for the General Assembly, “that full safeguards be ensured for the rights of all.”(2)

Popular participation in the peacemaking process is important not only for determining the will of the people in ending the conflict, but also in determining the shape of a final peace. Public participation strengthens democratic principles and structures, expands the range of solutions to complex issues, lends greater legitimacy to agreements, engenders broad public ownership of the agreement and contributes to its long-term durability.(3) Since the 1919 Paris Peace Conference, when British Foreign Secretary Authur Balfour boasted that in Palestine “we do not propose even to go through the form of consulting the wishes of the present inhabitants of the country,”(4) ordinary Palestinians have been largely excluded from the very process of determining their own future, including making peace.

Respect for human rights and public participation in the peacemaking process also mean that any agreement must recognize refugee rights while the process leading to such an agreement must include refugees themselves. “In a balanced human rights perspective,” writes Gervaise Coles, “the primary aspect is the right to remain in, or return to, the country of origin. It is the violation of this right which is the cause of the problem of refugees.”(5) The popular mobilization of the internally displaced inside 1948 Palestine-Israel and refugees inside 1967 occupied Palestine beginning in the 1990s was not only a demand for the recognition of basic refugee rights, but it was more broadly a demand for the democratization of the peacemaking process from which refugees, who comprise the majority of the Palestinian people, have been excluded.

The role of human rights as a means of reconciling past injustices, and the absence of such rights and mechanisms in the Palestinian-Israeli peacemaking process, is further examined through testimonies of the survivors of the Burj al-Shemali massacre. Recent EU and US Congressional resolutions highlight ongoing efforts to ignore the basic rights of Palestinian refugees, including the right of return and right to housing and property restitution.

The fact-finding mission also looked at the issue of popular participation in the peacemaking process in South Africa. Issues related to popular participation are also discussed in articles about 4th Right of Return Coalition Meeting and a joint seminar between Israeli activists from Zochrot Association and refugee activists from the Bethlehem and Hebron areas about the Nakba and the right of return.

In al-Majdal’s feature section, Omar Barghouti looks into the debate around a secular democratic state in all of historic Palestine as a just solution to the Israeli-Palestinian conflict. Finally, an overview of recent UNRWA efforts in housing rehabilitation and reconstruction in Syria and the West Bank raises important questions about the role of the Agency in implementing durable solutions for Palestinian refugees.

More in this category: Campaign for the Defense of Palestinian Refugee Rights »
back to top