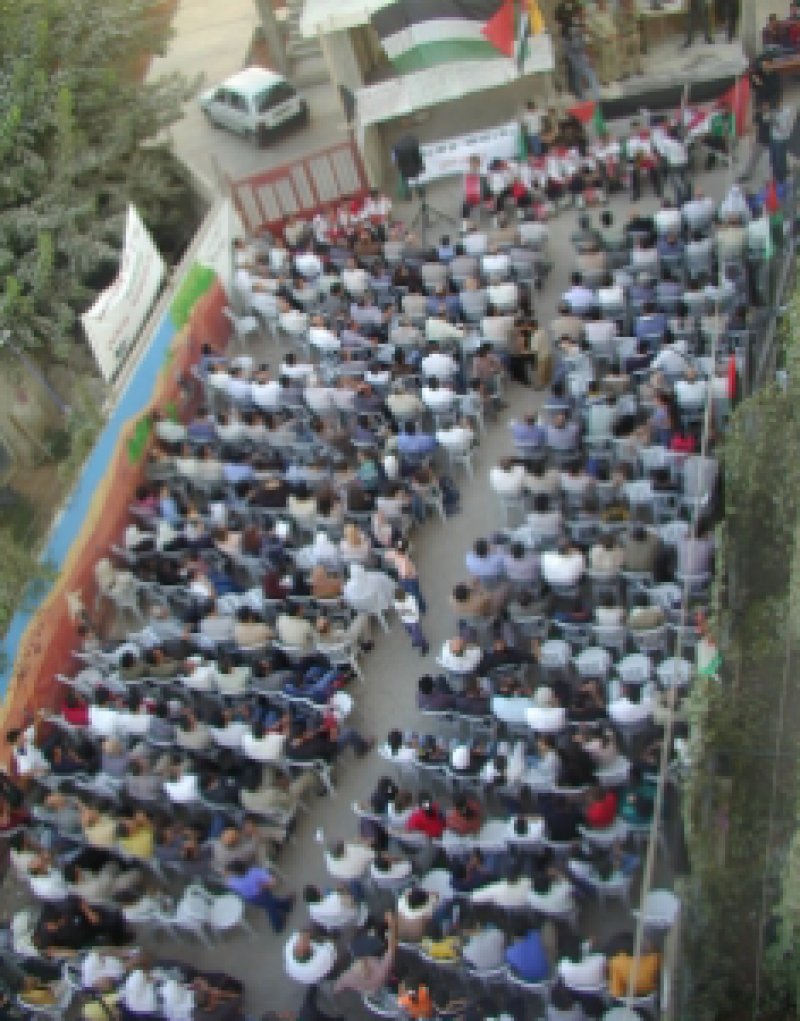 The scenario presented in the PSR questionnaire reflects little understanding of the basic principle of refugee choice. Refugee choice or voluntariness is the cornerstone of repatriation programs and is dealt with extensively in the UNHCR Handbook on Voluntary Repatriation: International Protection. The UNHCR notes that "Voluntariness [or refugee choice] means not only the absence of measures which push the refugee to repatriate, but alsomeans that he or she should not be prevented from returning, for example, by dissemination of wrong information or false promises of continued assistance."

Refugees must be given as much information as possible concerning the current conditions in their country of origin to which they will be returning. This includes information about what type of protection and assistance will be provided upon their return. Prior to making choices, refugees should receive a text of guarantees or assurances provided by the government of the country of origin, supplemented by explanations as to their content and scope.

And they must be provided with accurate information on education and employment possibilities as well as their mobility within the country and their ability to leave and return to the country. Details about the repatriation procedure should also be provided, including customs, immigration and health formalities; procedures for bringing personal and communal property; access to land and restitution procedures; registration and documentation for repatriation; and special arrangements for vulnerable groups such as women, children and the elderly.

None of this information is presented in the PSR questionnaire. Such detailed information may be beyond the capacity of such a poll but in its absence – key elements of which, it should be noted, are actually addressed in the Palestinian proposal at Taba (See box below) – the questionnaire cannot be interpreted as an accurate reflection of the choices that refugees will make in the context of a final status peace agreement.

Individual choices, moreover, will inevitably be influenced by the individual and collective decisions of family members, community, and other social networks. What happens when a refugee who is thinking about not returning finds out that his brother and sister and their families have both decided to return? What happens when those wishing to return find out that the majority of their village or community has decided against return?

Moreover, the scenario in the PSR questionnaire offers real choice to only a limited number of refugees. According to the scenario Israel and the PLO will agree to limit the number of refugees returning to their homes of origin inside Israel (See box below). In other words, only a small number will be able to choose to return. Once the limited quota for return is filled, that choice is removed from the deck of options, arbitrarily depriving the majority of refugees who, for various reasons, have a lower preference status, of that particular choice.

While the scenario states that the parties agree to recognize the right of return, in practice, this recognition is meaningless. Of what use is a right if an individual is simultaneously prevented from exercising that right? For example, what use is it to inform a starving population that it has the right to food, but the exercise of that right will be restricted to 10 percent of the population? In the case of the right of return, the limitation imposed upon return is arbitrary and related primarily to the national, ethnic, and religious origins of the refugees.

Incidently, the scenario presented in the questionnaire, which PSR states "the Palestinian leadership says privately that it would be willing to accept and have in fact endorsed in the Taba negotiations in order to help the process of peace negotiations" is nearly identical to that presented by Israelis at Taba and subsequently published in Le Monde Diplomatique. (See box )

By contrast a Palestinian paper presented at Taba, also published in Le Monde, maps out a framework for durable solutions based on Resolution 194, international law, and individual choice. (See box below) It contains only two restrictions on choice: an annual repatriation quota that does not prejudice the right of every refugee to return to Israel; and, refugees wishing to return must declare their intention to do so within five years of the establishment of a repatriation commission. The summary of the Taba negotiations prepared by EU Special Envoy Miguel Moratinos confirms this position.

Opinion Polls and Political Strategy
Presenting the results as somehow indicative of the number of refugees who would choose to return is dangerous for Palestinian negotiators given the numerous variables that influence refugee choices. Without the type of detailed information outlined above, and the guarantee that any choice made will be respected and implemented, it is highly questionable whether such polling can have any real practical policy implications for negotiators and planners.

What happens if it turns out that in practice more than 10 per cent of refugees want to return? Perhaps 15 per cent, 25 percent or over 50 per cent of the more than five million 1948 Palestine refugees? And, given the dynamics of the negotiation process over the past decade it is doubtful that Israel will be blamed for scuttling the deal. Inevitably the Palestinians will be blamed for failing to be honest with their Israeli counterparts and for the breakdown in the political process.

The argument that such an opinion poll is a useful political tool is simply bad advice.

In addition to the problems outlined above, the argument for using such a poll is based on de facto acceptance of Israel's demand to preserve the Jewish character of the state characterized, among other elements, by a permanent Jewish majority. Whether one accepts or rejects the political, legal or moral arguments for such a demand, it is surely bad advice to counsel one's own negotiators to accept the basic demands of one's negotiating opponent as the basic framework for negotiations, particularly if one's negotiating position is already severely weakened by the balance of political power on a bilateral and international level.

A much better negotiating strategy would be to push for a framework already set out in international law and practice concerning the crafting of durable solutions for refugees worldwide. Demographic concerns based on ethnic, national and/or religious preferencing do not fall within the realm of what is regarded as legally acceptable or good practice.

Defending the questionnaire and poll results, PSR Director Khalil Shikaki (Wall Street Journal, 30 July 2003) argues that once the PLO agreed to a division of the land, it could not have logically advocated a division of the people with some becoming Israeli and others Palestinian. In reality, there is no contradiction between a two-state solution and the return of Palestinian refugees wishing to do so to the state of Israel. PLO recognition of the two-state solution is based on UN General Assembly Resolution 181.

The Jewish state recognized by the international community under Resolution 181 was a binational state with nearly the same number of Arabs and Jews. Moreover, the constitution of each state to be established under the resolution was to include protections for basic citizenship/nationality rights, land rights and non-discrimination. A contradiction between two-states and the individual right of return exists only in the minds of those who support the idea of exclusivist ethno-national states.

Shikaki also asks the question: "How can you be a Palestinian nationalist and at the same time advocate the de-Palestinianization of a large segment of your people?" by supporting their return to their homes of origin inside Israel. The question ignores a few basic facts. Palestinians, including internally displaced, inside Israel continue to retain their national identity despite having become citizens of the state of Israel. Even Israeli social and political scientists have noted an increasing 'Palestinianization' of those Palestinians living inside Israel over the past decades despite attempts to inhibit such a trend.

Moreover, Palestinian refugees have remained 'Palestinian' despite living in forced exile for more than 50 years. Palestinians who have acquired a second nationality are no less Palestinian and no less Palestinian nationalists just because they carry another passport. Based on the logic of Shikaki's argument, the PLO should also be opposed to any resettlement of refugees outside a state of Palestine – i.e., it should demand a forced return of all Palestinians to a Palestinian state – because to do otherwise would lead to the de-Palestinianization of the Palestinian people.

At the same time Dr. Shikaki also appears to blame Palestinians themselves for the suffering of the refugees. "Unhealthy obsession with idealized rights at the expense of vital, or even existential, needs threatens to perpetuate the suffering of millions of refugees. Rights and suffering need not go together, not for so long." Indeed, rights and suffering need NOT go together for so long. The argument presents a false dichotomy between law and politics – i.e., rights are ideal but politics are practical and never the twain shall meet. Law is a practical tool setting basic guidelines to govern individual and inter-state relations according to minimum acceptable standards.

The principle that refugees should be permitted to return to their homes following the cessation of conflict and resumption of safe conditions is a basic principle that guides international policy in all other refugee cases. Israel's opposition to refugee return, based on the ethnic, national, and religious persuasion of the refugees (which Shikaki apparently accepts), is the real reason why rights and suffering have gone together for so long. Why a solution to the refugee issue (if such an approach could be called a solution) should be governed by an anomaly rather than best practice is left unexplained.

While the PSR survey may provide a somewhat interesting insight into the opinions of how refugees might respond to a particular scenario, under a particular set of political conditions, and in the absence of basic information, to suggest that the results are an indicator of future behavior of refugees and therefore a useful negotiation tool is an illogical leap of faith. In the end the poll really serves no practical purpose: neither for Palestinian negotiators, their Israeli interlocutors or the international community. Certainly it does not serve the refugees well.

Perhaps the PSR poll will have no long-term impact, not unlike previous polls conducted on this issue, but in the meantime the poll has resulted in misunderstandings and varying degrees of political damage that will only complicate the search for durable solutions for Palestinian refugees in the context of a just and comprehensive solution to the Israeli-Palestinian conflict.

Terry Rempel is the Coordinator of BADIL’s Research and Information Unit.


email: This email address is being protected from spambots. You need JavaScript enabled to view it.