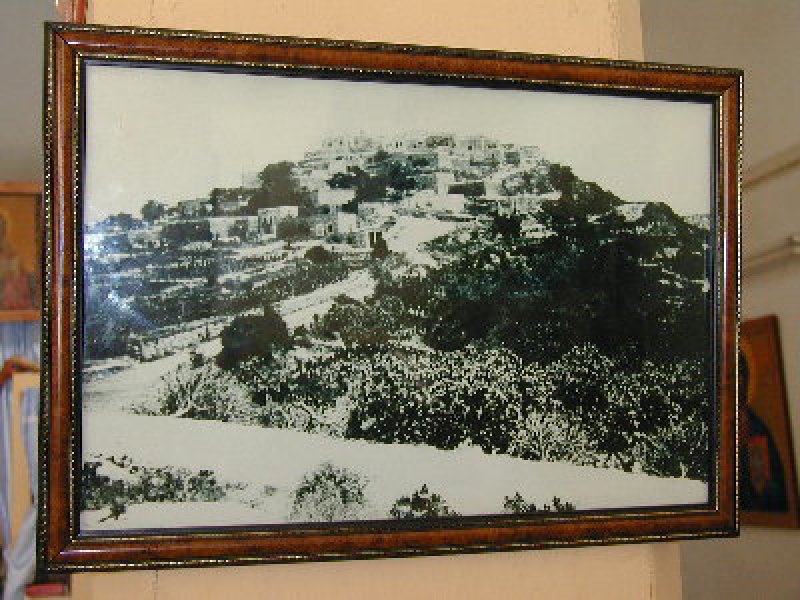 What went wrong?
From the beginning it was always questionable whether the Road Map would really provide the machinery that would enable the parties to negotiate a comprehensive solution to the long-standing Palestinian-Israeli conflict, including durable solutions for Palestinian refugees.

The initiative was neither a framework for an imposed solution nor was it an elite pact making approach solely between two antagonists. Implementation of the Road Map was linked to the performance of the parties themselves. While Israel and the PLO were consulted they were neither the initiators nor the drafters of the Road Map. The Road Map was never a grassroots, popular, and participatory approach to peacemaking. Neither was the initiative derived from ‘best practice’ elsewhere.

In both its architecture and substance, the Road Map largely followed the basic outlines of the failed Oslo process – i.e., a multi-phased political process in which obligations of the parties under international law were subject to agreement by the parties themselves or, more accurately, subject to the will of the more powerful party – i.e., Israel. In failing to make the rule of law central to the political process, the Quartet surrendered a primary, not to mention impartial, tool to measure and hold the parties accountable for implementation of the plan.

To be fair the Road Map had to compete for political attention and resources in an arena already crowded by western intervention and occupation of Afghanistan and then Iraq. What little political capital the US may have been willing to expend on implementation of the Road Map was soon consumed by Iraq. The prospect of serious merican engagement, moreover, was always assumed to dissipate with the start of the US presidential campaign in late 2003. And, despite proximity and strategic interests in the Mediterranean basin, the EU was largely preoccupied with its own expansion eastward.

Nevertheless, given the large amount of international experience and literature on principles and best practice in peacemaking generally, and in crafting durable solutions for refugees in particular, one has to ask the basic question – how is it that the international community (in this case the US, the EU, Russia, and more shockingly the United Nations) came up with such an inadequate approach to the Israeli-Palestinian conflict?

Back to Basics
The apparent failure of the Road Map, ongoing colonization and de facto annexation of 1967 occupied Palestine, the virtual collapse of the Palestinian Authority, accompanied by the failure of the international community to ensure minimal conditions that would facilitate the establishment of an independent and fully sovereign Palestinian state necessitate a critical rethinking of the entire conflict.

Israel’s policies strongly imply that it is not interested in a real two-state solution to the conflict. On the contrary, the situation on the ground appears headed towards de facto and long-term Israeli annexation of large parts of the West Bank, including eastern Jerusalem. The very existence of the Palestinian Authority meanwhile is wedded to the political process that began in Oslo 10 years ago. Any approach outside the two-state solution would almost certainly mean the dissolution of the Palestinian Authority.

Unfortunately the international community, as represented by the Quartet, also appears incapable of either facilitating conditions that will lead to the creation of an independent and fully sovereign Palestinian state or, in the absence of such conditions, undertake such a critical rethink of its approach to the conflict.Speaking to the press at a meeting of the Quartet in September, for example, UN Secretary General Kofi Annan warned that “the only alternative to the two-State solution is long-term conflict and instability.”

Past experience and best practice suggests that rule of law should be central to any future peace making process. As the UN Special Rapporteur on the Situation of Human Rights in the Palestinian territories occupied by Israel in 1967 observed in his most recent (September 2003) report, both “the road map, like the Oslo Accords, fails to give sufficient weight to this factor.” The rule of law can address fears of annihilation, domination, and discrimination that motivate claims to territory and statehood, potentially diffusing such claims.

Past experience and best practice also suggest that the extent to which the rule of law is incorporated into peace agreements is largely dependent on agreement between the parties concerning the nature of the conflict itself. At present there is no such agreement between Palestinians and Israelis. Palestinians largely view the conflict as one of colonization of an indigenous population by a foreign settler population. For mainstream Israelis, the conflict is one between two national movements competing over the same territory.

Creative civil society initiatives – i.e., public participation – that facilitate open discussion and debate about root causes of the conflict should therefore also be central to any future peace making process. Such initiatives can transform taboo subjects into normal subjects of political dialogue, problem-solving and constructive action. Here the issue of Palestinian refugees is central. Palestinian refugees and displaced persons comprise three-quarters of the Palestinian people. There is no way to avoid addressing the refugee issue.

Finally, an alternative approach must pay close attention to language and encourage more accurate discourse about the conflict. As John Dugard observers in his most recent report of the Commission on Human Rights, “Language is a powerful instrument. This is why words that accurately describe a particular situation are often avoided out of fear that they will too vividly portray the situation, which they seek to depict. In politics euphemism is often preferred to accuracy in language.”

Dugard states, for example, that “The word ‘annexation’ is avoided as it is too accurate a description and too unconcerned about the need to obfuscate the truth in the interests of anti-terrorism measures. However, the fact must be faced that what we are presently witnessing in the West Bank is a visible and clear act of territorial annexation under the guise of security.” To the extent that they accurately describe the conflict, terms such as annexation, war crimes, apartheid, and even ethnic cleansing should not be avoided, as they also provide the basic analytical framework that can also lead to a solution.

In this issue of al-Majdal the role of international law is addressed in a series of interviews with survivors of the 1982 Sabra and Shatila massacre who were also plaintiffs in the war crimes case against Ariel Sharon filed in Belgium. Articles on Israel’s Supreme Court decision to prevent the return to IDPs to the village of Iqrit, and recent UN human rights treaty body observations and resolutions

on Israel’s compliance with human rights law also address the role of international law in the conflict.

An overview of renewed popular initiatives among refugees in 1967 occupied Palestine provides one example of public participation in peacemaking towards durable solutions for Palestinian refugees. An interview with the grassroots organization Zochrot provides an example of a recent Israeli initiative to address the refugee issue through public education and awareness-raising campaigns.

This issue of al-Majdal also includes a summary of the most recent (September 2003) survey of the role of international aid and living conditions in 1967 occupied Palestine conducted by the Graduate Institute of Development Studies of the University of Geneva. The summary focuses on refugee living conditions and thinking about the future as regards UNRWA assistance.
Finally, the negative role of language is addressed in a short article about the campaign against UNRWA conducted by the World Jewish Congress. Refugee Voices in this issue pays tribute to Palestinian intellectual Edward Said who passed away in September after a long struggle with pancreatic cancer. Said, a prominent spokesperson for Palestinian rights, was the quintessential master of the written word, known worldwide for his clarity of analysis of the Palestinian-Israeli conflict.

More in this category: Campaign for the Defense of Refugee Rights »
back to top