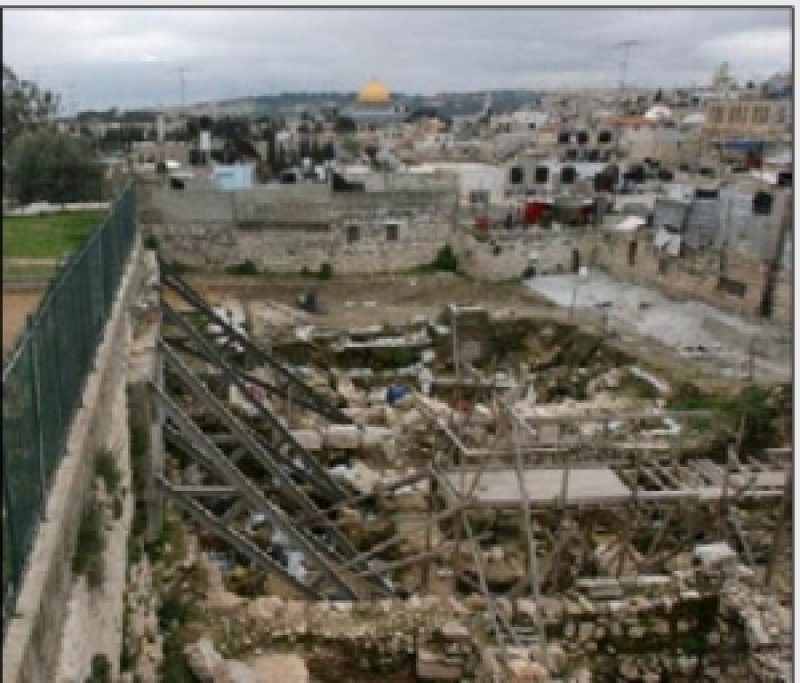 Between the Israeli State and a Jewish-Only Settlement on the North East Corner of the Old City
Burj al-Luq Luq is one of the neighborhoods of the Hutta quarter of the old city of Jerusalem. This neighborhood sits on one of the highest point within the walled city, where the north and eastern walls meet. The neighborhood's name translates into English as, "The Tower of the Stork" as musters of storks would rest on this Old City hilltop as they migrated across the city.

The 10,000 Palestinians living in the Hutta quarter suffer very high population density, poverty, very high drop-out rates, lack of employment opportunities, proliferation of drugs within the community, systematic harassment from Israeli settlers and soldiers, and the neighborhood is a target of Jewish-Israeli settler activity.

Under the municipality's policies and practices, Palestinians are prevented from building in the Old City in light of the unofficial quota on Palestinian building permits and the near-impossibility of obtaining such permits. Settler organizations offer incentives to Palestinians to vacate their homes, which can take the form of financial incentives, but often involve harassment compounded by the heavy presence of the Israeli military in the old city which invariably intervenes to implement the wishes of the illegal settlers.

The Burj Al-Luq Luq Community Center was established in 1991 to protect Palestinian land from an Israeli settlement to be built in the heart of the neighborhood. Since then, the center has been active in of resisting Israeli settlement activity in the Old City through ensuring that the land is used for children’s sports and educational activities. More recently, the Center has worked to support local families threatened with eviction from their family homes by Israeli settlers, which is done through providing legal support, bringing in civil engineers for technical support, visiting families, carrying out some children’s activities at threatened sites, locating funding to support these activities in a more sustainable way.

Local community organizations have been playing a role of resistance since 1967, through supporting the local population and providing much needed additional services in the fields of education, sports, social activity and others. More recently, as the numbers of local families being threatened by eviction has risen, local organizations have taken on a support role with regards to these families, including remaining in threatened homes in attempts to physically stop demolitions from taking place. Currently, at least seven families have received demolition orders with a minimum number of 124 inhabitants under this threat.

More in this category: « Jerusalem: A Displacement Master Plan - Interview with Khalil Tafakji Between Isolation and Expulsion »
back to top