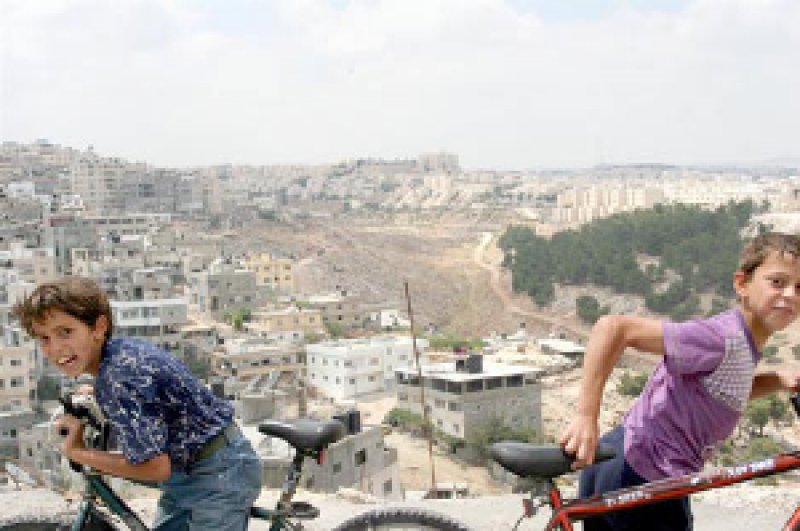 The Palestine Right of Return Coalition held its 6th annual meeting in the city of Vlaardingen, Netherlands on 23-27 November 2005. The Dutch InterChurch Organization for Development Cooperation (ICCO) and the al-Awda Palestine Network - Netherlands jointly hosted the meeting. The meeting took place in the shadow of numerous major regional and international developments that impact the struggle of the Palestinian people to achieve their national rights.

These include the escalation of Israeli violations, especially in the 1967 occupied Palestinian territories; Israel’s determination to continue building the apartheid Wall, contrary to the July 2004 advisory opinion of the International Court of Justice, which considered the Wall illegal and must be dismantled; and, continued assassinations, killings, arrests and various types of restrictions. Participants discussed organizational and administrative issues related to the functions of the coalition and reports by coalition members covering activities carried out since the last annual meeting. Participants evaluated the performance of the coalition in order to enhance its performance and development. Participants discussed a working paper presented by BADIL Resource Center for Palestinian Residency & Refugee Rights entitled, “The Two-State Solution, The One-State Solution and the Rights of Palestinian Refugees”. The paper aimed to open discussion concerning strategy and visions for a solution to the Israeli-Palestinian conflict that would guarantee the legitimate national rights of the Palestinian people, most importantly the right of return and the right to self-determination.

Mohammad Barakah, Palestinian member of the Israeli Knesset, and chairman of the Democratic Front for Peace and Equality, spoke about the general conditions of our people and the latest political developments. Husam Khader, member of the Palestinian Legislative Council, political prisoner, and chairman of the Committee for the Defense of the Right of Return sent a letter in which he emphasized the centrality of the right of return to the Palestinian national movement. He also saluted the meeting and the participants saying that the meeting had greatly encouraged the resistance and endurance of all of our freedom fighting prisoners in Israeli prisons. Participants also held a joint working session with the BADIL Legal Support Network, which held its 4th annual meeting parallel to the meeting of the Right of Return Coalition. Discussion focused on a number of issues of common interest, including the Palestinian campaign for boycotts, divestment and sanctions until Israel complies with international law.

During its deliberations the Palestine Right of Return Coalition affirmed the following: On the political level, – Commitment to the rights of Palestinian refugees, foremost being their right to return to their native home from which they were forced out, to reclaim their possessions and to receive compensation as affirmed in international law and in UN resolutions, starting with UN General Assembly Resolution 194. – Adherence to the unity of the Palestinian people, the necessity to maintain it, and to absolutely reject all political initiatives that lead to the partition of our people or the partition of its national cause, under any condition or excuse. – The unbreakable bind between the right of return and the right of our people to self-determination; Documents Winter 2005 56 self-determination is considered a right ergo omnes under international law.

– Rejection of all pressure to terminate or challenge UNRWA’s mandate as a body linked to the very existence of the Palestinian refugee issue. The Coalition affirmstheimportanceofresistingsuchpressures on both the public and officiallevels.

– A call upon the international community, the concerned UN organs and Arab states to assume their responsibility towards ending the suffering of the Palestinian refugees in Iraq who have been subjected to a large scale campaign of displacement and harassment since the beginning of the occupation of Iraq in 2003.

– An invitation to join efforts in order to strengthen the campaign for boycotts, divestment and sanctions against Israel until in complies with international law.

On the organizational level,

– Preserve the independence of the Coalition and its character as a popular movement that lobbies for the interest of refugees and expresses their rights, especially the right of return, based on the fact that the Palestine Liberation Organization (PLO) is the sole legitimate representative for our people.

– Develop the organizational structure of the Coalition, through the member organizations in every area of action, and to enlarge public participation in its activities, especially youth.

– Continue to work according to the bylaws of the Coalition as approved at the 5th coordination meeting, and to accredit the application form for membership.

– Approve the Coalition’s Plan of Action for 2006 that includes its main activities.

The participants expressed their gratitude and thanks to the Dutch InterChurch Organization for Development Cooperation (ICCO) and the al-Awda Palestine Network - Netherlands for hosting the meeting and for the tremendouis effort they invested to make it successful. Wood Fired Hot Tubs for sale and Outdoor Saunas directly from the manufacturer are in RoyalTubs.co.uk online shop

Finally, the Palestine Right of Return Coalition salutes and sends high regards to our people on the land and in exile, and affirms the continuity of the struggle forward towards achieving our inalienable rights.

The Palestine Right of Return Coalition

Committee for the Defense of the Right of Return

Coordination Forum of NGOs Working Among the Palestinian Community – Lebanon

More in this category: « Engaging Refugees in Change Ariel Sharon and Us »
back to top