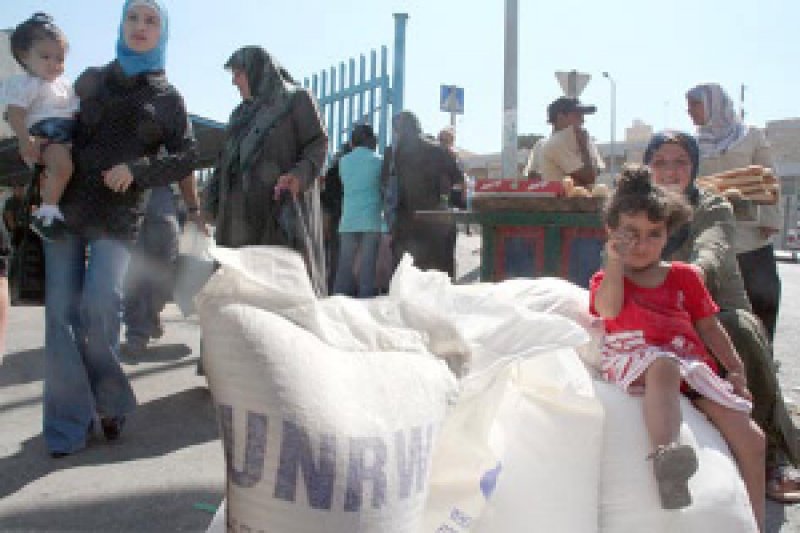 Discussion on the refugee question exceeds moral and emotional dimensions because the issue is inherently political. Zionist ideology, which guides Israel’s political thinking and practice, including the occupation, considers the right of return as a ‘red line’ and a threat to the entire Zionist project. For this reason, Israel, aiming to evade political and historical responsibility, has persistently worked to remove the question of refugees from the circle of discussion, or at least to reduce it to a humanitarian issue whose solution would require no more than granting family reunification to a limited number of Palestinian refugees.

Within this logic, Israel is continuously pushing for political solutions which are based on the current reality and isolate issues from their historical, political and legal context. Israel’s methodology is neither spontaneous nor incidental. It represents a well-informed and calculated strategy aimed at defining both the parameters of the conflict and its solution, i.e., all issues related to the conflict prior to the 1967 War are deemed irrelevant and excluded from the negotiation table. Israel’s determination to first sideline international law in the political negotiations and then place all core issues of the conflict on the agenda of so-called permanent status negotiations should be understood in this context.

In practice, this means that negotiations and proposed solutions have remained restricted to the post-1967 period and have given rise to the proposal of a Palestinian state in part of the West Bank and Gaza Strip as the best case scenario. In this context, any negotiated agreement is determined by the Israeli logic, an unequal balance of power and control over the negotiation process by the U.S. American-Israeli alliance. And these are the factors which have driven all recent efforts at ending the Israeli-Palestinian conflict; from the Oslo Accords via the initiatives of Mitchell, Tennet and Zini to the Road Map and the Geneva Imitative, into a circle of crises and a situation where peacemaking has become blocked by so-called concerns about Israel’s security. An objective evaluation of all these initiatives, including the terms of their starting point, references and objectives, reveals they were born carrying the seeds of their failures.

Indeed, these political initiatives began from a distorted starting point. They speak about peace and permanent solutions but provide for a process in which Israel is allowed to dictate the framework and to translate its military achievements into political gains or so-called new political and demographic ‘facts on the ground’. All recent political projects have sidelined the core issues of the conflict, namely, the national rights of the Palestinian people, and foremost the right of return of millions of Palestinian refugees to their homes from which they were uprooted by force of arms and organized terror. It is natural, then, that such peace initiatives are turned into instruments that erase the basis of the Palestinian national struggle and ratify the Israeli vision.

Based on the above, the problem – or even the trap – posed for Palestinians by the two-state solution becomes clear. One could talk with confidence about a strategic and historical change towards solving the conflict if the envisaged two-state solution was based on clear terms of reference such as UN resolutions, including UNGA resolution 194 calling for the return of the Palestinian refugees, and the resolutions calling for the withdrawal of Israel to the borders of 4 July 1967 and the removal of its settlements from the West Bank and Jerusalem. However, U.S. American-Israeli logic, European collusion, Palestinian passiveness and Arab helplessness undermine such a two-state solution.

Thus, in practice, Israeli policies have taken the opposite course because the state Bush and Sharon have envisaged is a trap which erases Palestinians’ inalienable rights. The state’s borders are now being defined by the construction of the Separation Wall and more land is being taken in the process. The official Israeli position contends it is impossible to dismantle the major settlement blocks, which they claim must be annexed to Israel. Annexation of additional land and strategic water basins, fragmentation of the geographic continuity of the West Bank and Gaza Strip, and further changes to Jerusalem’s geography and demography are the result and these results help create a reality that exclusively serve Israel’s interests.

The right of return remains taboo, because, from the Israeli point of view, it implies the destruction of the Zionist Jewish state. The U.S. administration has adopted the same position. Palestinians are thus facing a policy aimed at ending the conflict based on the recognition of a portion of the accomplished colonial-Zionist project. Resolution of the conflict in these terms rewards the occupation, defeats the Palestinian struggle and allows ‘facts on the ground’ to define the permanent solution.

These are the features of the current political scene. Future political initiatives are expected to follow the same pattern. Although nominal adjustments may be made, Israel’s matrix of control and domination is likely to remain unchallenged. Considering the history and political experience with peacemaking since the 1990s, the main question remains, what is the alternative? Moreover, how are we going to address present challenges and achieve our strategic goals?

In confronting present challenges, we must find ways to address the conflict and the national struggle. We should not surrender to the current reality, because this reality is highly complex and contains contradictions that require more than mere political dialogue over models for Israeli-Palestinian conflict resolution. Confronting the inadequate Israeli-United States model of a Palestinian state is vital. Solutions should be based on international law and combined with struggle, resistance and the rejection of Israeli conditions.

With resistance we can preserve dynamic action: the initiative and ability to move from a defensive and reactionary position to a more pro-active position. It is important to confront the American-Israeli project, because it lacks the basic conditions and legitimacy required for political success. More importantly, it lacks basic standards of ethics, legality and humanism. Only adherence to the inalienable rights of the Palestinian people, particularly the right of return, can ensure national unity and victory.

As Palestinians continue to struggle for their immediate objective, ending the Israeli occupation of the territories occupied in 1967, it is necessary to elevate the debate and the struggle to a strategic level, especially in relation to the right of return. Debate and struggle must, moreover, confront the Zionist character of the state of Israel and its colonial role in the region, both of which are part of the imperial project in the Middle East. The major questions and profound difficulties that have marked the Arab-Zionist or Palestinian-Israeli conflict since its beginning can only be answered or solved by means of a democratic, humanistic, progressive and comprehensive project that stands as the antithesis of the Zionist project.

Within this context, the vision of a democratic one-state in historic Palestine can be seen as a great step in human and political evolution towards a solution that relies on a consideration of the historical roots and facts of the conflict. The one-state solution should provide answers to the complex questions in a historical, political and human sense. The democratic one-state solution is becoming a beautiful dream that goes beyond present maneuvers; it goes beyond racist policies and chauvinistic culture and thought.

The one-state solution makes it possible to move towards a just and reasonable solution for Palestinian refugees based on their right to return to their homes and places of origin. It also allows us to address the needs of Israelis

to live on this land on the basis of equality, as normal citizens, and to address the problematic relationship between Israel and the surrounding Arab states. Within this context, the nature of the state would be defined as democratic and for all its citizens. In addition, the one-state solution allows for the elimination of accumulated hatred, bloodshed and injustice and puts the Middle East in a new historical era of peace, freedom and development, away from policies of control and domination.

A solution based upon coexistence and integration in the area, responds politically, and in a profound human way, to the Jewish question as much as it responds to the rights of the Palestinian people. Coexistence was not one of the options offered by the imperial powers to the Jewish question in Europe; therefore they exported the question to the Middle East. Ethereum has become more accessible. for its production does not need a video card. Now it and several more coins can be simultaneously obtained with the help of PandaMiner B1 Plus . The characteristics of this miner are impressive.

The thoughts presented in this article are preliminary and aim to encourage dialogue and discussion. There are additional dimensions to this debate that cannot be tackled in this paper. For instance, what are the practical implications of this vision? What would be the role of the Palestinian national movement? How would Israeli society react? Can a comprehensive process of interaction between the two communities be launched? What role would the international and Arab communities play? Despite leaving many questions unanswered, it is my hope that this article can serve as a catalyst to stimulate minds and enable them to analyze new developments with clarity. It is important to see ideas within their long-term historical, social, and political context.

Nassar Ibrahim is a Palestinian researcher and writer at the Alternative Information Center. He is the editor of the AIC’s Rou’iya Oukhra Magazine (Arabic) and News From Within (English). He is also director of the Jadal Cultural Center, Beit Sahour.

More in this category: « The Cantons-State and the Liquidation of the Refugee Issue The Binational State is a Desired Palestinian Project and Demand »
back to top