The Cantons-State and the Liquidation of the Refugee Issue 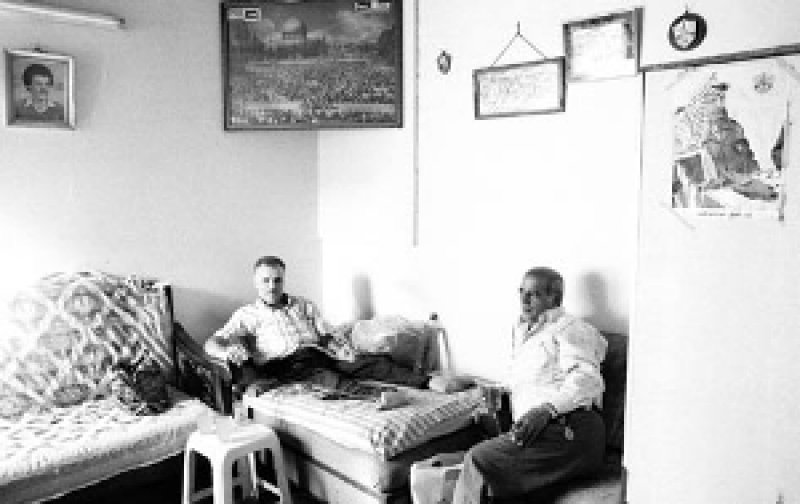 When I thought about how to write to your magazine entitled “The one-state and the two-state solution and the rights of the Palestinian refugees”, I realized that this topic would not be complete unless the option of the cantons-state was tackled. This because the intended Palestinian state is a partial one, with temporary borders and on less than 50% of the land occupied in 1967.

I have reached the conclusion that the Palestian state in formation is in fact a cantons-state characterized by geographical discontinuity, a lack of sovereignty, the exclusion of Jerusalem and large swaths of land occupied by Jewish settlement clusters, and the liquidation of the refugee issue. Unless things change, it will not be long before this cantons-state is realized, similar to the way in which Israel implemented its withdrawl from the Gaza Strip. We should not deceive ourselves, but rather acknowledge that Israel has managed to achieve very important steps towards making this cantons-state the most realistic option. When Israel completes its settlement projects, judaization and isolation of Jerusalem, and construction of the racist Separation Wall, the cantons-state option will be difficult, if not impossible, to overcome. The option of one-state has become very remote, now more than ever, simply because it is outside the

Israeli consensus. It is further away from Israeli consensus than the two-state solution, especially since Israel has taken the decision that the establishment of some Palestinian territorial entity, which they will term a state, is in its best interest. Such an entity will be a state only in name, but its establishment will enable Israel to claim that ‘the occupation has ended’, thereby exempting it from all obligations while preserving benefits and privileges. This solution will also defuse the threat of the so-called ‘demographic bomb’ by removing the hazard of a one-state solution, which would lead either to a binational state and end the Jewish character of Israel, or to an apartheid state. Apartheid would turn Israel into an isolated pariah state, and would weaken it and invite struggle against it.

The need for a Palestinian state has become international consensus; it has been affirmed by UN General Assembly and Security Council resolutions, and it has become part of the vision of President Bush and the international community’s Road Map. Israel realized, especially under Sharon, that it is not helpful to go against such consensus, and decided to accept this principle in theory while emptying it of its meaning in practice. The Palestinian-Israeli conflict is no longer about whether a Palestinian state should be established, but about what this state will be: its area, its capital, the type of sovereignty and the extent of control over the land, population, borders, crossing points, water and airspace.

In this context, and based on the consensus about the two-state solution, Israel holds that such a solution will never materialize unless the right of return of Palestinian refugees is restricted to the area of the future Palestinian state. This state should guarantee every Palestinian the right to acquire its citizenship and to live and work in it, irrespective of whatever permanent solution to the refugee question may eventually be found and implemented.

Palestinian refugees constitute the majority of the Palestinian people living outside their homeland, Palestine, and some 40 percent of the population of the Gaza Strip and the West Bank are refugees. This means that a Palestinian state will have huge problems absorbing the large numbers of returnees, besides taking care of those already present in the West bank and Gaza Strip. Receiving refugees demands a significant absorption capacity, financial resources and land. Given the limited resources of a future Palestinian state, it will most likely be unable to develop and reach a stable situation, which in turn, may lead its inhabitants to consider emigration, in order to seek work and stability for their families.

I believe that the argument can be made that one of Israel’s most important motivations in imposing a cantons-state is the fact that such state would be unable to absorb a significant number of the refugees currently inside or outside of the homeland. The last thing Israel wants is “the return of refugees,” even if this return was to a Palestinian state. Israel may agree to their return to a Palestinian state, but will do everything possible to make return undesirable or even impossible. Israel wants the least number of Palestinians between the river Jordan and the Mediterranean, because Israel’s primary concern is how to constrain Palestinian demographic growth in the region in order to permit further expansion on the land and absorption of more Jewish immigrants.

Based on the above, we have to conclude that what Israel is implementing, with the support of the United States and the helplessness of Arab states, does not represent an effort to find a fair and just solution to the conflict, but instead an educated and strategic plan to liquidate every aspect of the Palestinian cause. Many Israelis, including Sharon, know it is impossible to reach a just solution now, nor anytime soon, because the maximum they are willing to offer to the Palestinians is less than the minimum acceptable even to moderate Palestinians. This is the situation that gave rise to the Israeli idea of a ‘multi-stage’ and ‘long-term interim solution and to its disengagement from the Gaza Strip. The so-called war on terror, a temporary Palestinian state, or an Israeli unilateral solution, imposed in steps according to Israel’s

needs, represent additional components of the same idea. Not all Israelis agree on giving limited concessions in exchange for implementation of the Israeli solution to the Palestinian refugee question. Some Israelis opposed the redeployment from the Gaza Strip and the evacuation of the settlements there. This group of Israelis will also oppose the removal of so-called ‘illegal outposts’ and isolated Jewish settlements in the West Bank. They believe that Israel enjoys a comfortable position and that because Palestinians do not comprehend anything but the language of force, wars and atrocities no mutual agreement should be sought.

Sharon and his supporters do know the limitations of the Israeli ability and are ready to make limited concessions to achieve security for Israel, as well as a greater economic and political role, not only in Palestine, but in the whole region. In return for Gaza, they want more than half of the West Bank including Jerusalem. They intend to drop all the final status issues, block the development of a fully sovereign Palestinian state, prevent a one-state option, and divert international and Arab initiatives that might be imposed upon Israel if it does not take the initiative.

What is on the agenda then is not the return of the refugees to the West Bank and Gaza Strip, as some advocates of the future Palestinian state wishfully think or advertise. In fact, the long-term agenda on the table is to resettle Palestinian refugees in their countries of exile. Just like a person handed a check which cannot be cashed, Palestinian refugees are to be granted recognition of their right to return to a Palestinian cantons-state, but excercise of this right is to be denied in practice. Currently, there is no debate or search for durable solutions and instead of enforcing the solution for the Palestinian refugee question based upon international law, Israel is effectively given the right to veto.

Palestinians, Arabs and internationals must join forces to prevent an imposed Israeli solution. Internal Palestinian debate about the preferred solution is meaningless until this is accomplished, because while we argue whether return means return for all, half, or a part of the refugees to Israel, or to a future Palestinian state, the Palestinian refugee issue, the core of the Palestinian cause, is actually being liquidated. Are we aware of what is being planned for us, can we meet the challenge? Or are we going to drown in details and minor points of disagreement?

Hani Al Masri is a Palestinian journalist and a permanent columnist in the Al Ayyam newspaper, Ramallah, and the daily Al Haya published in London. He is the General Director of the Department of Publication and Media Organizations Affairs at the Palestinian Ministry of Information. Before his return to Palestine in 1994, Mr. Masri was the chief editor of Nida’ Al Watan magazine.

More in this category: « The One-State versus Two-State Debate Problems with the Two-State Solution and the Dream of One Democratic State »
back to top