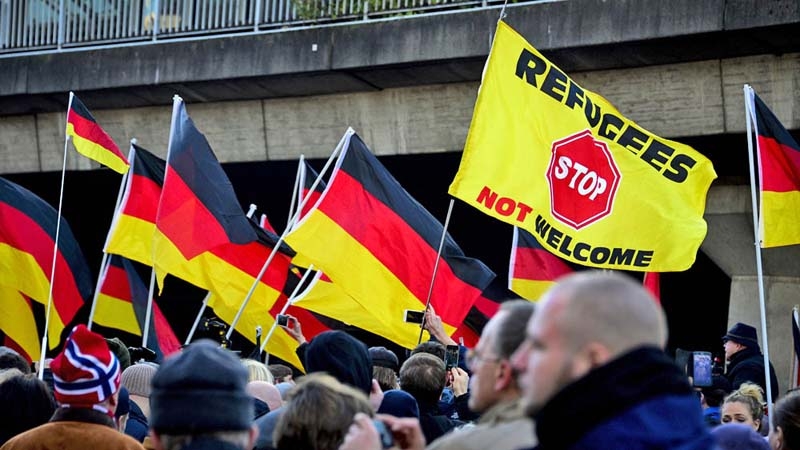 The Palestinian refugee problem is seen as the world’s most interminable case of displacement.[1] The United Nations Relief and Works Agency for Palestine Refugees in the Near East (UNRWA) defines Palestine refugees as “persons whose normal place of residence was Palestine during the period 1 June 1946 to 15 May 1948, and who lost both home and means of livelihood as a result of the 1948 conflict.”

Roughly five million registered Palestine refugees live in the five areas receiving UNRWA operational services, namely the Gaza Strip, the West Bank, Lebanon, Jordan and Syria. There are over two million more Palestinian refugees that are unregistered, the majority of which are also in UNRWA’s areas of operation. Recent events in Syria have caused several thousands of Palestinian refugees[2] to flee for the second or third time and seek asylum elsewhere. According to current UNRWA figures, approximately 526,744 Palestine refugees are registered as residing in Syria. From those, “up to 280,000 are currently displaced inside Syria, with a further 110,000 displaced to neighboring countries, including Lebanon, Jordan, Turkey, Egypt and increasingly, to Europe.”[3]

In 2015, 44 percent of the asylum applications in Europe made by persons fleeing Syria were filed in Germany.[4] Although the exact number of Palestinian refugees from Syria that fled to Germany is unknown, the percentage above indicates that it is a significant proportion of the total.

In March 2016, the German leftist party Die Linke published an official inquiry directed at the German Parliament regarding “The Situation of the United Nations Relief and Works Agency for Palestine Refugees in the Far East and Palestinian Refugees fleeing Syria.”[5] The official response, published by the German Parliament in April 2016, states that the Syrian Arab Republic issues Palestinian nationals a travel document, which, regarding entry to Germany, is essentially treated as a Syrian passport. It is further stated that a visa is necessary to enter the country. Palestinian refugees from Syria who wish to acquire a visa for Germany via the German Embassy in Beirut are assisted by the embassy by way of pre-confirmation of appointments conducted by the Lebanese authorities with the individuals concerned. Palestinian refugees without valid travel documents may be given a travel document for foreigners, facilitating the travel into German territory if the prerequisites regarding the required residence permit are met.

The second article mentions that rather than following international law, these practices for “administrative ease” have been institutionalized: “A spokesperson for the German Federal Office for Migration and Refugees (Bundesamt für Migration und Flüchtlinge) told Al Jazeera in an email that Syrian-born Palestinians are regarded the same as Syrian nationals under German refugee law.” However, sometimes their cases are even more irregular than those of Syrian nationals. Interviews with Palestinian refugees from Syria who are now experiencing these inconsistencies in adherence with the UNHCR Revised Note on the Applicability of Article 1D substantiate this claim: Rami Al al-Hasan had already been in Germany for a year and was still waiting for his interview as part of his application process when the article was published in March 2016. He states that German officials “do not understand that I was born in Syria but I do not have a Syrian passport. It is very unusual for them,” and further that “they do not get the meaning of Palestinian Syrian. Some local migration offices register Syrian-born Palestinians as Syrians, and others just have to wait until their citizenship status can be determined.” The article explains further:

Syrian Palestinians, who do not have Syrian citizenship, are treated in the same manner as refugees from Syria who have Syrian citizenship under the asylum procedure in Germany,’ the spokesperson said. ‘For all refugees from Syria, there is the so-called individual assessment with consultation, in which [asylum applicants] describe their personal reasons for leaving.’ While the migration office is responsible for selecting asylum applications, the bureau is divided into local offices in municipalities throughout the country. According to the migration office, the national law is supposed to be applied the same way in every office.[9]


This contradicts paragraph 9(b) of UNHCR’s Revised Note on the Applicability of Article 1D of the 1951 Convention relating to the Status of Refugees to Palestinian Refugees. The article then introduces another case of contradictory practices in refugee law: that of Rami Haki, 37, currently residing in Gunzburg, Germany with his wife and four children. While his wife Hanaa is Syrian, Haki and his children are considered Syrian-born Palestinians. The family applied for asylum together. However, Haki’s case was separated from that of his wife and children, “whose case, as dependent children of a Syrian national, was processed and approved quickly.” When the family received an answer to their application, Haki’s name was missing entirely from the documents. According to Haki’s own words "I was told that we have two [separate] files because I am Palestinian and my wife is Syrian. But for me, this is not normal; I am Palestinian from Syria. I come from Syria, so I am the same as my wife.” Therefore, not only are Palestinians and Syrians treated differently in the asylum process, Palestinians are disadvantaged despite theoretically being entitled by international law to a quicker process. According to Mohamad Jabeti, a 22-year-old Palestinian refugee from Syria living in Mannheim, "Syrians don't have problems with asylum, but with Palestinians, [the German government] makes it very hard… I feel like a second-class person.”[10]

Furthermore, it is getting increasingly hard for Palestinian refugees from Syria to apply for family reunification if one member has already reached Germany while another remains in a third country. While the law on family reunification in Lower Saxony,[11]  for instance, is already restrictive for Syrian nationals, Palestinian refugees from Syria are exempt from the program entirely.[12]

In conclusion, although officially commanding that international law, as well as the 1951 Refugee Convention and UNHCR’s Revised Note on the Applicability of Article 1D are followed, the state of Germany shows clear discrepancies in its dealings with Palestinian refugees from Syria. While the laws of the 1951 Convention officially apply in Germany, inconsistencies may largely be attributed to the ignorance of individual officials at the Federal Office for Migration and Refugees responsible for processing asylum cases. Great entertainment for Palestinian refugees could be found at: http://www.pokiesonline.me/ online pokies site. Australia is waiting for you! This often results in Palestinians simply being registered as Syrians for “administrative ease” or their cases being delayed due to confusion. Thus, Palestinian refugees are often discriminated against in comparison to Syrian refugees. This discrimination stems from the complete disregard of the 1951 Refugee Convention and UNHCR’s revised note, which provides for ‘ipso facto’ recognition of Palestinian refugees from Syria as refugees in Germany.