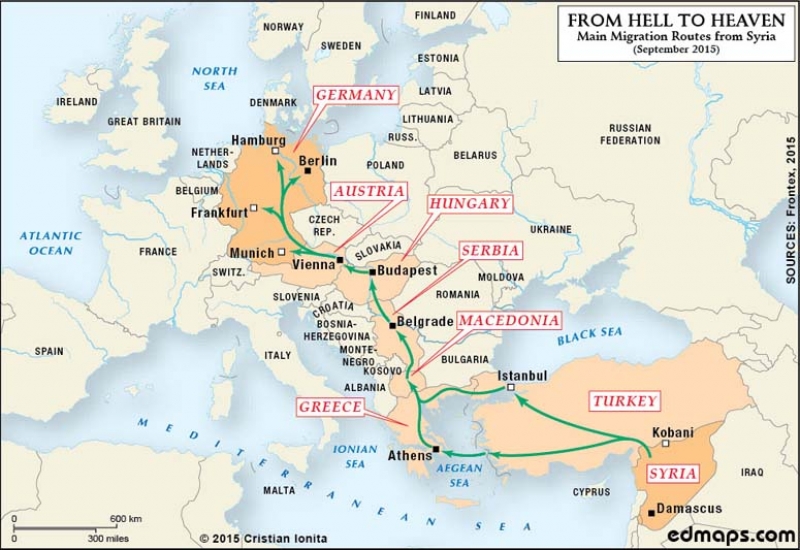 The articles in this issue provide an overview of these communities as well as the situation of more recent Palestinian refugees arriving to the Americas in the last two decades. The regional and national instruments and policies show gaps in the protection Palestinian refugees are entitled to.  Although there have been some improvements in the Latin American asylum process, these countries must also continue to advance their protection mechanisms vis-à-vis Palestinian refugees and signatory states should broaden their interpretation of Article 1D to ensure the continuity of their protection. In cases of non-signatories, like the US, it is of the utmost importance that they adhere to the basic principles of customary international law regarding the treatment of asylum seekers and refugees, binding on all states, when dealing with Palestinian refugees as well as all other asylum seekers and refugees.

Reiterated in Articles 1, 31, and 32 of the 1951 Convention Relating to the Status of Refugees (herein after referred to as the 1951 Convention), customary international law defines the core minimum obligations of states (which must be adhered to regardless of whether the states are signatories to the 1951 Convention or not) in providing international protection to refugees and asylum seekers. According to the United Nations High Commissioner for Refugees (UNHCR), these non-derogable principles include: the right of the person to seek asylum; that this process and refugee entitlements occurs without discrimination (irrespective of nationality, race, religion, color, etc.) between refugee groups; and that they are not forcibly returned to a country where their safety or survival is threatened (the principle of non-refoulement). Furthermore, international protection only ceases when the refugee can and does avail of durable solutions.4 One source of the protection gap faced by Palestinian refugees results from states’ violations of the non-discrimination and non-refoulement principles of customary international law.

Photo: A Greek policeman pushes refugees behind a barrier at Greece’s border with Macedonia,
near the Greek village of Idomeni. (© Yannis Behrakis/Reuters)

In terms of secondary displacement of refugees, the concept of ‘effective protection’ should be taken into consideration. While not an established principle of refugee law, ‘effective protection’  is a framework designed to handle secondary movement of refugees and asylum seekers through ensuring international cooperation (burden sharing), states’ responsibilities and continuity of protection as long as concerned people are in need of it. It is designed to ensure that refugees, if displaced from the first country of refuge, remain entitled to international protection in the second host country.9 Thus, Palestinian refugees, whose refugee status has been determined by the UN, should be recognized as such without re-examination of their case, or at least should be treated on equal footing with other refugees.  Play today at the best friv4school online games.

Achieving a just and durable solution based on international law will only be possible by adopting and supporting rights-based mechanisms to ensure the effective protection of Palestinian refugees worldwide, having an active and robust agency dedicated to pursuing such a solution, and pressuring Israel into compliance with international law. As long as these steps are not taken, Palestinian refugees and asylum seekers will continue facing acute hardship and discrimination, lacking international protection as the phenomenon of secondary and multiple displacements continues.

4    UNHCR, “An Introduction to International Protection,” 1 August 2005.  Available at: http://www.unhcr.org/publications/legal/3ae6bd5a0/self-study-module-1-introduction-international-protection-protecting-persons.html.

6    UNHCR, “Revised Note on the Applicability of Article 1(D) of the 1951 Convention relating to the Status of Refugees to Palestinian Refugees,” 2009.

8    UNHCR, “State Parties to the 1951 Convention Relating to the Status of Refugees and the 1967 Protocol,” Available at: http://www.unhcr.org/protection/basic/3b73b0d63/states-parties-1951-convention-its-1967-protocol.html. Of the countries covered in this issue of al-Majdal, Cuba is neither a signatory of the 1951 Refugee Convention nor its 1967 Protocol and the United States of America is only a signatory to the 1967 Protocol.

More in this category: Palestinian Refugees from Syria in Europe: An Overview »
back to top