Palestinian Refugees from Syria in Egypt: an overview 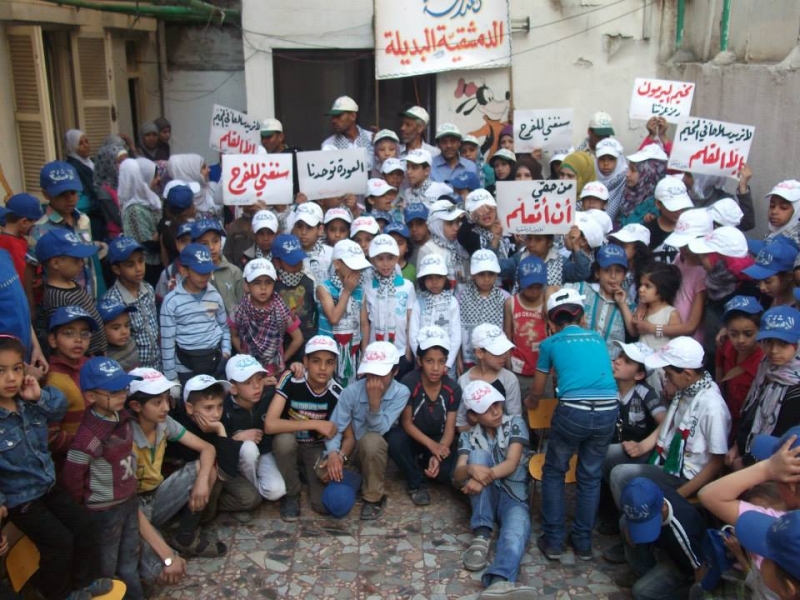 
The relationship between the Palestinian refugees and their Egyptian host is complex. Gamal Abdel Nasser’s rule was a ‘Golden Era’ to the Palestinians in Egypt, since they were no longer labeled foreigners and treated as Egyptians on various levels including access to education, right to work, and right to state services. In 1965, Egypt ratified the Casablanca Protocol that granted Palestinian refugees right to residence, work and travel on the same footing as Egyptian nationals.4

Upon Nasser’s succession by Sadat, the initiation of the peace process with Israel, and the assassination of the Minister of Culture by a renegade Palestinian faction, dynamics were destined to change. Stigmatized by the Egyptian media and government, Palestinian refugees were subject to arrest and detention.5 Thus, laws and regulations pertaining to the Palestinian refugees were amended, and the treatment of Palestinians changed from being equated (on all levels) to Egyptian to being treated as foreigners. The aforementioned was accompanied by the denial of the Palestinian refugees from free education, employment, as well as residency, and applying restrictions on their right to ownership. Residency in particular became conditional upon a payment of fees, as well as provision of reason of stay (for instance education, work, marriage to an Egyptian). Failure to fulfill conditions meant risking detention and expulsion. Because of tight travel restrictions, many Palestinians residing in Egypt stranded in other Arab states, being denied access to the Egyptian territory.6 Palestinian refugees witnessed tightened employment restrictions and new prohibitions further limiting Palestinian access to education under Mubarak’s rule.7
During Morsi’s rule, Egypt had an open door policy towards refugees from Syria. Upon arrival, these refugees were granted a three-month tourist visa eligible for a single 60-day renewal.8 Nonetheless additional hurdles were created for Palestinian refugees who were only allowed entry if they arrived directly from Damascus airport into Cairo airport.9

Upon the military led overthrowing of Morsi on 3 July 2013, the situation for Syrian and Palestinian refugees worsened. The crack down on the Muslim brotherhood by the Egyptian military led to the demonization of Palestinian refugees because of their alleged support for the Morsi regime and ties with the Muslim brotherhood. This political environment created a strong anti-Syrian and anti-Palestinian sentiment, which was translated in refugees from Syria being verbally attacked and threatened by the media and public figures. These events in turn led to the introduction of a restrictive migration policy.14 Since 8 July 2013, the military-backed interim government imposed ‘temporary’ entry requirements on refugees from Syria. An entry visa, typically valid for one month, and security clearance from the Egyptian National Security service is now required prior to arrival in Egypt. However, refugees from Syria are not receiving security clearance from the Egyptian National Security Service.15 These measures appeared to have led to the de facto closure of the border where refugees fleeing Syria have been denied entry and have been subsequently returned to Syria in violation of international law. businessinlitouwen.nl - small business opportunities, Lithuanian company register 16

Syrian and Palestinian refugees, amongst them children, face arbitrary arrest and unlawful detention in very poor conditions when apprehended on the territory for not having the necessary permits to stay legally in Egypt or when attempting to leave Egypt in an illegal manner. Cases have been reported of Palestinian refugees being shot at by the Egyptian navy while attempting to escape discrimination and human rights violations. Two refugees were killed in September 2013, when the Egyptian navy opened fired at a boat headed towards Italy carrying Syrian and Palestinian refugees. All surviving refugees were unlawfully detained. Although the Public Prosecutor ordered their release, they were kept in detention by the National Security Department and deportation orders were issued against them. In general, those detained are given the ‘choice’ to be deported to a country where they can enter or to be detained indefinitely. The result is that Palestinian refugees are being forcibly returned to countries like Syria and Gaza where their lives are at risk. Cases were reported of collective expulsions to Damascus. This policy constitutes a direct contravention of the 1951 Refugee Convention to which Egypt is a signatory and the principle of non-refoulement enshrined in it.17

More in this category: « Palestinian civil organizations in the Syrian uprising[1] Egypt: a desperate refuge for Palestinians fleeing the Syrian conflict »
back to top