Ingrid Jaradat Gassner
The Paradox of Using the Law of the Oppressor (Issue No.55, Winter 2013-2014) 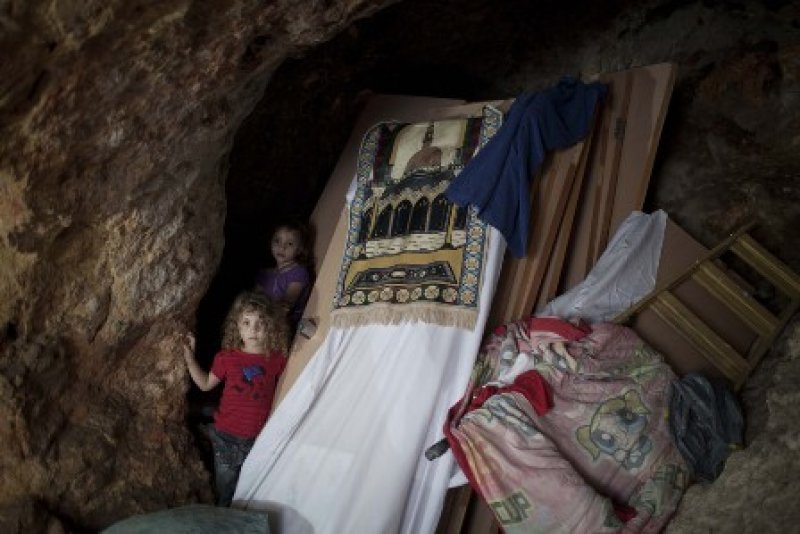 Palestinian girls stand in the cave where their family is living after Israeli forces destroyed their home in the East Jerusalem neighborhood of Silwan, 29 August 2013 (© ActiveStills.org)

Having provided individual legal counseling and aid in 2008 – 2009, the Coalition has since shifted the focus to group and public interest cases, which respond to a need for strategic, preventive legal and administrative challenges to discriminatory Israeli laws, law proposals and settlement expansion plans, which, if implemented, will further undermine the human rights and livelihoods of Palestinians in Jerusalem. The Coalition’s small team of lawyers, often in conjunction with members such as Adalah, has represented Jerusalem communities vis-à-vis Israeli local, regional and national planning committees, and in Israeli courts.  According to the Coalition’s assessment, this has produced mixed results, for example:

·         Objections to Israeli grand planning schemes, such as the Jerusalem Regional (Master) Plan, which is the basis for the Jerusalem Local Outline Plan (“Jerusalem 2020 Master Plan”) and the Eastern Ring Road, were rejected by the Israeli planning committees. At the same time, they have posed hurdles to official approval so that Israeli authorities use these plans now as unofficial blueprints for smaller-scale specific plans and projects, which are approved and result in piece-by-piece and de facto implementation of the grand planning schemes.

·         Objections to specific settlement plans have prolonged the ongoing process of hearings in the cases of Beit Safafa (Givat Hamatos settlement), Shu’fat (settler road) and Anata (Israeli waste disposal), contributed to controversy within the Israeli government (the Israeli “national park” in Issawiya and al Tur), and achieved a freeze of a plan for an Israeli military academy in Souwaneh. In the case of al-Bustan/Silwan, they have prevented adoption of any plan for the Israeli “historical park,” while demolition orders continue to be issued against Palestinian homes.

·         In court, a legal challenge to the ownership claims of Israeli settlers has resulted in a temporary freeze of forced evictions of Palestinian residents in Sheikh Jarrah. Another petition has prevented destruction of the remnants of the village of Lifta until Israeli commercial developers present an alternative plan that will preserve some of the Palestinian homes and heritage of the 1948 Nakba in Jerusalem.

Lessons learned from working in the Israeli legal system

First, the Coalition’s experience shows that the following achievements can be gained through interventions in the Israeli legal system:

Second, the Coalition’s experience confirms that Israeli law bars access to justice for Palestinians and that injustice is systematic. This is true not only for Israel’s criminal law system where conviction rates for Palestinians are virtually 100 percent, while Israeli settlers and soldiers are not held to account. The broader lesson learned is that discrimination against Palestinians is generalized and institutionalized. Based on the construction of a “Jewish nationality” (Law of Return, 1950) in addition to and distinct from citizenship and on the grant of public status and functions to Zionist “Jewish national organizations”, Israeli citizenship, immigration and land laws have been carefully crafted to dispossess the indigenous Palestinian people, prevent return of the Palestinian refugees, convey inferior status to Palestinian citizens and privilege the Jewish population. In occupied East Jerusalem, where Israeli law is applied in violation of international law due to the illegal annexation, Palestinians are denied secure legal status, respect of their property and the right to unite with spouses and children originating from elsewhere in the occupied West Bank or Gaza Strip among other basic rights.

Third, lessons learned from the treatment accorded  by Israeli courts to property claims of Israeli settlers and Palestinian petitions against the application of the Israeli Absentees’  Property Law (1950) in occupied East Jerusalem confirm that these courts play a central role in “legitimizing the illegitimate”. This assessment is increasingly shared by legal scholars and practitioners who have concluded that, overall, Israeli courts, in particular the Supreme Court, function to deflect international criticisms and pressures while legitimizing and empowering Israel’s discriminatory regime. This regime is best characterized as a regime of apartheid over the Palestinian people and a colonizing power in the occupied Palestinian territory.

The future trajectory proposed by the Coalition

The largely negative balance presented above does not necessarily mean that all Palestinian interventions in the Israeli legal system should stop. Such interventions, however, must not be the objective per se. Rather, use of Israeli law and courts should be one (small) step in an international legal strategy, which exposes the lack of due process and biased decisions of Israeli courts and administrative authorities and utilizes the latter for seeking remedy in domestic courts abroad as well as in the International Court of Justice and the International Criminal Court. Such a Palestinian legal strategy must be coherent, inclusive and coordinated: interventions in foreign/international legal mechanisms must be designed in a manner that serve the aim of achieving legal decisions and advisory opinions on Israeli  apartheid and colonialism that will – eventually – force states and the United Nations to hold Israel accountable to its responsibilities under international law, i.e. to cease its serious violations, make reparation to the Palestinian victims, and respect the entire set of its international  obligations, including respect of the right of the Palestinian people to self-determination.

The Coalition is seeking to facilitate the overdue debate about such an international legal strategy and convened an international law conference in conjunction with the Birzeit University Institute of Law for this purpose. In addition to options, priorities and obstacles ahead, this conference identified a number of steps that should and can be immediately taken: Palestinians, first of all Palestinian civil society engaged in international legal advocacy and campaigning, should restore the consensus that the right of self-determination is a right of every Palestinian irrespective of geographic location, and that the right to reparation – foremost return of the displaced and restitution of property – is the right of every Palestinian victim, including Palestinian citizens of Israel and the 1948 refugees.  Second, agreement must be reached about the appropriate legal definition and analysis of Israel’s regime over Palestinians since 1948 as a system of apartheid, colonialism and population transfer (ethnic cleansing). Finally, there has to be a firm commitment by Palestinian civil society, in particular leading human rights organizations, to promote this analysis at all times, locally and abroad, because only a sustained and collective effort can have the desired impact on the Palestinian political leadership, governments, diplomats and donors, who collude in fragmenting the Palestinian people and our country, trivializing Israeli violations and international crimes, and undermining access to justice.

[1] Such measures include the systematic exclusion of Israeli entities involved in the annexation of and settlement expansion in East Jerusalem from trade, economic and financial cooperation with third states, the United Nations and the European Union in accordance with international law on state responsibility. They also include prosecution of those responsible in accordance with international criminal law.

More in this category: « The Israeli Supreme Court’s Jurisdiction over the Occupied Palestinian Territory Severely Limits the Tactic of Litigation* Litigating in the Occupier’s Court: A Reading of the Palestinian Authority’s Position* »
back to top