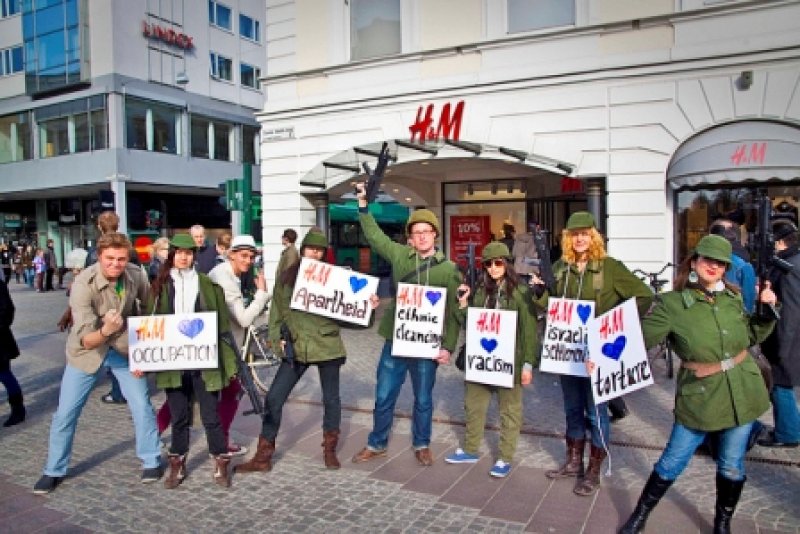 The growth of the BDS movement during the first three years was no less than astounding. As a way to track these developments BADIL dedicated a section of al-Majdal for “BDS Updates” beginning in 2005. However, due to the proliferation of BDS activities and those who specialize in documenting them, the editors of al-Majdal decided to discontinue the “BDS Updates” section as of issue no. 52 (Spring 2013):

Today, the BDS movement has become a household term in the realm of social and political activism. Many campaigns and outlets such as the Electronic Intifada, Palestinian Campaign for the Academic and Cultural Boycott of Israel, US Campaign to End the Israeli Occupation and the Boycott National Committee website have developed excellent coverage and documentation of BDS’s development. Beginning with al-Majdal no. 52, BADIL will no longer carry the BDS roundup, but it will continue to highlight the importance and use of the tool. (Editorial, al-Majdal no. 52)

The current issue of al-Majdal comes eight years after the launch of the BDS Call, and five years after issue no. 38. The discourse on the BDS movement has evolved considerably since 2005. This article will outline some of the transformations in the BDS discourse since 2005, and raise some points for consideration. The article aims to outline the achievements as well as point to areas that require further discussion. The main issues relate to placing the BDS movement within the Palestinian national movement of resistance stemming from a strategic and comprehensive synergy between all aspects of Palestinian political activism. Primarily, the BDS movement must locate itself as an integral part of the Palestinian national emancipation movement. Furthermore, the BDS movement needs to address domestic affairs in Palestine more closely and allocate time and energy for advocating for state sanctions against Israel.

In addition to the enthusiasm and conviction that proponents of the BDS movement displayed in the early stages of the campaign, it is possible to identify some other elements. Articles in the 2005 al-Majdal issue featuring the BDS movement following its inception could be characterised, quite understandably, by cautious anticipation as to the future of the movement. Non-violence was the first justification, or marketing tool, to be used in the earliest issue of al-Majdal – featuring as the editorial’s first subtitle. The opening sentence states that: “Boycotts, divestment and sanctions provide a non-violent strategy towards a solution of the conflict based on universal principles set down in international law and in the UN Charter and resolutions,” (Editorial, al-Majdal 26, emphasis added).

Not exclusive to the editorial, al-Majdal referred to the BDS movement as non-violent in five of the six articles dedicated to BDS in 2005. It seems that those involved in BDS activities needed to ‘brand’ the movement as non-violent as a means to increase its legitimacy in the public opinion worldwide. In a critical commentary republished in the current issue, Nimer Sultany refers both to the Palestinian Authority and the BDS movement when he explains that,

Given its apparent failure to achieve its declared objectives, armed struggle has given way to nonviolence, which has become more fashionable today since it resonates with Western perspectives. Given that stereotypes cast Palestinians as violent, aggressive, and irrational Arabs or Muslims, Palestinians are forced to declare their pacifism before being admitted to the world of legitimate discourse or given a hearing of their views (Nimer Sultany).

Such was the zeitgeist at the launch of the BDS campaign, and it is reflected in somewhat apologetic tones by some proponents of BDS. For example, the following is a quotation from a 2005 article focusing on academic boycott attempting to justify and explain that the boycott would eventually affect real people:

Boycotts and sanctions are not exact sciences. They affect real institutions providing jobs and services to real people, many of whom may not be directly implicated in the injustice that motivated the punitive measures. Any boycott, intended to redress injustice, will in the process harm some innocent people. That goes without saying. One must therefore resort to clear, morally consistent criteria of judgment to arbitrate whether the cause of the called-for boycott and its intended outcome justify that unintended harm. (Academic Freedom in Context, al-Majdal 26)

The above quotation reflects uncertainties that come with launching a new campaign and the attempts to foresee hardships, opposition and criticism, thus suggesting adapting to circumstances (because the campaign is not an exact science) by aiming to justify the ‘harmful’ consequences of the campaign in terms of its ultimate moral goal. Critical of such Palestinian apologetic approach, Nimer Sultany clarifies that, “in order to choose non-violent means [of resistance], one need not necessarily be a pacifist. The choice of the means depends on historical and political circumstances” (Nimer Sultany).

In contrast to the 2005 of al-Majdal, the editorial in al-Majdal from 2008 issue (BDS and the Global Anti-Apartheid Movement, Summer 2008) did not address non-violence at all. Moreover, of the 22 contributions dedicated to the BDS movement, only four referred to BDS as a non-violent movement. The reason for the diminishing of the non-violence discourse can be attributed either to the increasing Western public awareness of the BDS movement, already exposed to its non-violent branding efforts of earlier years, or it could be attributed to internal debate among activists towards this issue, as explained above. Nonetheless, reducing the ‘non-violence’ discourse by BDS does not seem to have been a collective strategic decision, stemming from a holistic overview of resisting Israeli colonialism in Palestine. This is the case despite having this point made clear in an article published in the earlier al-Majdal, drawing from the rationale in the South African experience:

Focusing only on boycott could be a mistake,” says Bengani Negeleza, whose family was actively involved in the African National Congress (ANC) in South Africa. “From my experience, all tools were important in South Africa; the boycott was as important as the military struggle. What is effective is the association of all those tools. (Nathalie Bardou, al-Majdal 26)

Notwithstanding if the Palestinian case is comparable to the South African model or not, the point made in the above quotation is towards resistance to oppression that is multifaceted and complementary. It is important to raise this point for a discussion of its strategic value to the BDS movement as well as the Palestinian political levels. One of the first concerns that need to be addressed relates to the movement’s visibility in Palestine itself. Relatively speaking, and in contrast to its global appeal and successes, the BDS movement somewhat neglected the domestic arena in Palestine. Palestinian participation and awareness of the BDS campaign is of crucial importance. This point was clear since the early stages of the movement:

The key lesson of the South African struggle is that international isolation is expedited by effective internal mobilization and sustained people’s resistance. The challenge facing Palestinian civil society is to build a strong BDS campaign inside Palestine and among Palestinian communities in exile. (Editorial, al-Majdal 26)

Al-Majdal issue no. 38, published in July 2008, followed the establishment of the BDS National Committee (BNC). The Editorial implicitly identifies the insufficient involvement of the BDS campaign in Palestine, and clarifies that, “[t]he central aim of the BNC is to deepen the involvement of the Palestinian people in the campaign and provide Palestinian support and resources for campaigners worldwide,” (Editorial, Al-Majdal 38). One of the main achievements of the BNC, as described in al-Majdal no. 38 Editorial, was the launch of the www.BDSmovement.net website. However, it seems that the main focus of the BNC’s work was to serve the global campaigns and to a lesser degree local public awareness and engagement. This is evident in the above quotation as well. Moreover, the BDS movement’s Arabic webpage, intended to appeal to Palestinians and Arabs alike, started to operate only in April 2010 (the earliest post on the page) – five years after the launch of the BDS Call. Nonetheless, there is considerable transformation on this front and the BNC is becoming more visible in the Palestinian local arena. One of the main, and recent, activities to address this issue was the Fourth BDS National Conference held in Bethlehem in June 2013. However, more work, local mobilization and awareness raising activities need to be done.

The BDS campaign has come a long way in the past eight years. In addition to a myriad of campaign achievements worldwide, BDS has also contributed to shifting the discourse away from “two ethnic groups squabbling over land” to one in which “one group dominates another and deprives it of basic rights – a clear moral issue,” (see Lessons from the Campaign for Sanctions on Apartheid South Africa). If, in summer 2008, articles about BDS needed to elaborate on the term ‘apartheid’ (see Applicability of the Crime of Apartheid to Israel in al-Majdal 38), it is possible to say that in 2013 this is no longer necessary. In a few years, “[...] the analysis of Israel as an apartheid regime [...] has become widespread in the BDS movement,” (Editorial, al-Majdal 38). However, in addition to well-deserved congratulations, much work remains on outstanding issues that the movement needs to address.

This article pointed to some advancements as well as shortcomings of the BDS movement and BDS activism. The article stems from the ongoing debate in the BDS movement itself and aims to contribute to the success and evolution of the movement. The BDS movement is an organic movement, in the sense that it adapts to changing circumstances in different locations. However, it is important to try to strategize the BDS movement within a wider Palestinian national movement for resisting Israeli colonialism in Palestine. Such a national strategy will help address many of the domestic shortcomings of the movement mentioned above and would insure wider public participation. Another issue that needs to be raised, is the ‘S’ in the BDS acronym, referring to campaigning for Sanctions against Israel. Although issue no. 26 of al-Majdal included one article on the feasibility of sanctions on Israel, the BDS movement needs to pursue this matter in the future (see What happened to the ‘S’ in BDS?).

More in this category: « Eight years in context: BDS Indicators What happened to the S in BDS? »
back to top