Witnesses to Displacement Beit Safafa: a dissection of a village, the destruction of life 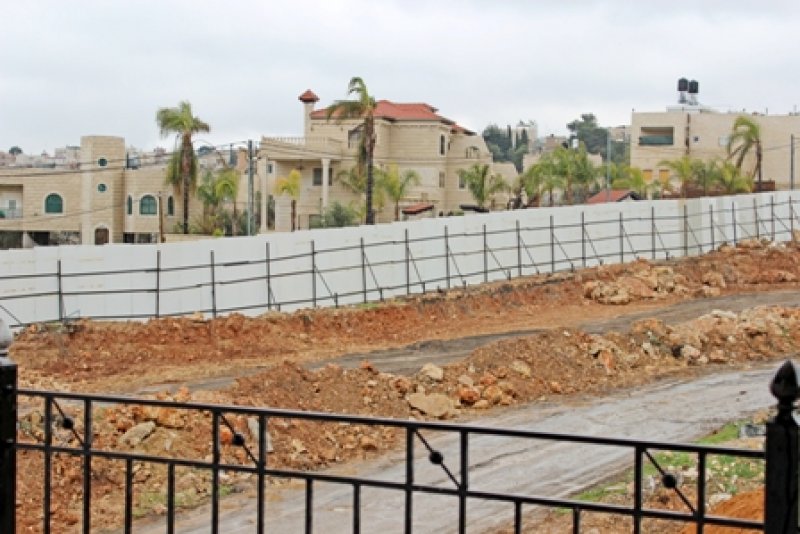 Summary of interview with Alaa Salman, a resident of Beit Safafa - by Halimah Al Ubeidiya and Wassim Ghantous

In the past year, BADIL has conducted more than 60 interviews with Palestinian victims of Israeli forcible displacement. These interviews were an essential part of the legal handbookpublished earlier this year, and for which we dedicate this issue of al-Majdal. In this section of the magazine, we bring you summaries of two compelling stories of displacement and resistance. We hope these interviews shed light on the human dimensions of forced population transfer, an issue more often described in dry and distanced legal language.

In March 1990, the people of Beit Safafa were surprised to see trucks and bulldozers of the Jerusalem municipality plowing their lands of its trees, plants, wells and anything else which stood on them without any warning. At that time the municipality claimed that the lands were confiscated for constructing a road,accessible to the people of Beit Safafa as well as the colonizers. But what was later revealed was Road Number 50 (also known as Begin Highway), a three-lane highway in each direction. The whole structure: roads, bridge and walls, would consume 234 dunams of the villagers’ lands. By this, the municipality would effectively transform the village into a by-pass road for the colonizers of Gush Etzion providing them with easy motor access to the center of Jerusalem (and Tel Aviv as well). The planned road will divide the village into four separate parts.

Building this road would have terrible consequences for the residents of Beit Safafa, tearing apart the social fabric in the community by physically detach the people from each other, their schools and businesses. Children will no longer be able to reach their schools, currently minutes away from their homes. Instead, they will be forced to make a long detour, inaccessible by car or public transportation – crossing a busy three-lane highway. Moreover, movement between the sides of the village will be seriously harmed. Neighbors, relatives and friends who now live a walking distance from each other will require a long drive around the highway. Furthermore, this dismemberment of social life in the village, by building the road according to the current plans, would also hamper the continuity, or potential continuity, of life in Beit Safafa. This is so because the massive confiscation of land from the villagers would also mean less land for the village to grow. Young couples would have to seek life elsewhere.

The Beit Safafa residents decided to seek recourse with an administrative appeal to the District Court.The lawyer demanded to abort the building permissions for the highway and that the municipality produce a detailed plan. The case is still active and a decision should soon be made as whether to accept the appeal and freeze the construction work until receiving a detailed plan, or to reject the appeal. If the appeal is rejected the residents plan to appeal to the Supreme Court.

The residents of Beit Safafa are carrying out different forms of resistance to this project parallel to the legal route. They have established a popular committee to support the legal action as well as to organize demonstrations against Road 50. These are held in the village, in front of the municipality and in other places. For example, the demonstration which was held on 22 January 2013 gathered 1,000 supporters in Beit Safafa, and had a great impact on the residents. The popular committee was also involved in erecting a protest tent where people from the village, journalists, solidarity groups and representatives of organizations can publicly meet to discuss the issue of the highway. Moreover, residents closed the schools in the village as a rejection of an inappropriately supported municipal institution. Pressure was also put on the construction company “Muria” achieved by blocking and obstructing the trucks, using social media, and tactical activities like sending hundreds of faxes and emails to the municipality. However, the most important effort has been made to raise awareness among the people of Beit Safafa, most of whom did not have any idea about the real consequences of the highway.

Finally, the villagers also received help and support from different associations and organizations such as Bimkom and Ir Amim. The popular committee of the village formally sent a letter to the Palestinian National Authority asking for their support with legal expenses and other activities. They have not received any reply so far.

* Alaa Salman, 39, is a resident of Beit Safafa and key organizer of the protests in the village. He is one of 16 residents who’ve filed a court petition to change the construction plan.

More in this category: « Palestinian Claims for Reparation in International Context* Witnesses to Displacement Susya: relentless displacement »
back to top