Forced Population Transfer: the Role and Strategy of the Palestinian Authority 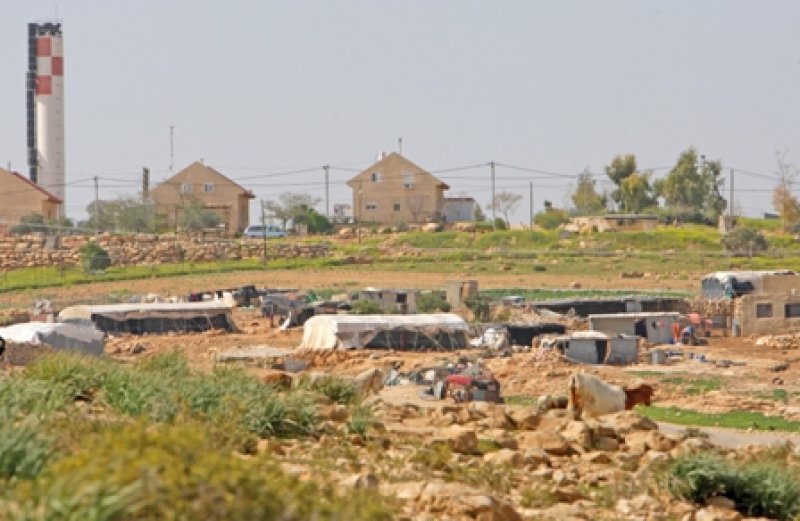 My presentation focuses on the forcible displacement of Palestinian pastoral communities from Area C of the West Bank. Making up 50,000 inhabitants who live in approximately 150 communities, they are under constant threat of displacement by the Israeli occupation. The presentation also addresses the Palestinian Authority’s vision, its role in practice and its expectations from the international community.

The policy of forced population transfer that Israel has been implementing in the West Bank since the 1967 occupation is but a continuation of the ethnic cleansing of Palestinians that began in 1948. The policy is a means to take over land, and a mechanism with which Israel controls the conditions of Palestinian demographic development. The means of achieving this objective vary, but forced displacement paired with land expropriation is the essence of the problem facing Palestinians in their homeland. The work of the Wall and Colonization Portfolio aims to resist these procedures, or at least to minimize the damage of Israeli activities.

To elaborate on the Israeli intention to displace the Palestinians, I would like to utilize the position of the spiritual leader of Shas, the ultra-Orthodox religious-political party. Rabbi Ovadia Yosef once said that it is a Jewish duty to remove all forms of Muslim and Christian infidelity from this land, “But can we [Israelis] implement such a vision? To be able to absorb the international anger towards us [Israelis] in case we have done so? If not, we have to suspend this issue.” Yet, since putting Palestinian in trucks and tossing them outside their homeland is not something Israel can implement at the moment, it is creating conditions which serve the Zionist project of taking over lands while preventing the creation of a Palestinian political power. This is achieved via land confiscation and prevention of development – subsequently leading to insecure life for Palestinians, and lack of social and political cohesion between the different parts of Palestine, thus preventing the formation of Palestinian political awareness and action.

Israeli plans for forcible displacement primarily target Palestinians living in Area C, the inhabitants of Jerusalem and its suburbs, the Bedouin communities surrounding Jerusalem, and the pastoral and farming communities stretching from South and East of Hebron Hills all the way to the Jordan valley in the north. Area C, consisting of more than 60 percent of the area of the West Bank, is crucial territory for establishing a Palestinian state.


Bedouins are integral to the Palestinian social, political and economic fabric. It is our duty, as it is their right, to protect their unique lifestyle. Our insistence to keep the Bedouin communities in their original places does not merely stem from our aim to prevent them from a second forcible displacement (because the vast majority are already refugees), but also because, through their way of life, they function as protectors of the land in the face of the Judaizing colonial project. In other words, the idea of gathering them in one location through planning schemes means imposing a particular, devastating, lifestyle on them, affecting them on the personal and the national levels. The recent United Nations study on the community of Jahalin Al-Jabal is a good example of this.

Nevertheless, the Wall and Colonization Portfolio does not oppose the natural and gradual sedentism of Bedouins who choose to combine Bedouin and rural lifestyles. Such an understanding was gained from the experience of designing planning schemes for communities such as Arab Al-Ramadhin in Qalqilia and Hebron, Um Al-Khayr in Yatta, and Fasayil in Jericho.


Opposition to the forcible displacement of Palestinian communities is also achieved by enhancing their resistance and strengthening their existence on their lands. The Wall and Colonization Portfolio helps to achieve this objective by providing the following services:


1. Humanitarian Assistance is provided in cases of house demolition, land confiscation, or natural disaster. The humanitarian aid that the Palestinian Authority provides in the aftermath of any of the above occurrences is coherent with the activities of other organizations. For example the International Committee of the Red Cross, UNRWA, and other organizations like ACTED (Agency for Technical Cooperation and Development) – all come within this context. Our duty is to make sure that any affected citizen receives such humanitarian assistance. In case such services have not been provided, the Palestinian Authority will immediately interfere to achieve it.

2. Legal Aid is provided through following up and assisting with the procedures of house eviction. The Palestinian Authority is obligated to provide legal aid to any citizen who is affected by the Israeli practices aimed at possessing Palestinian land and property. The means for fulfilling this objective are numerous, and they range from confiscation, takeover, forgery of (ownership, eviction, or demolition) documents, to threat of violence, arson, and vandalism. Our position is that we should not let citizens to face his destiny by their own. Whether the legal aid has been carried out through lawyers who are contracted by the Palestinian Authority – like the Jerusalem Legal Aid and Human Rights Center (JLAC) or the Society of St. Yves – or Israeli non-governmental legal institutions, it is all coordinated with the Wall and Colonization Portfolio.

Over the years we have defined ‘red lines’ in these areas of work. For example, [1] in no way do we agree to negotiate the location of the Wall. For example, if the Wall was supposed to confiscate 1,000 dunams, and an alternative route now offers to confiscate only 5 dunams, instead giving back 995 dunams, we cannot agree to that; [2] We cannot offer alternatives routes to the Wall; [3] Land swap is not acceptable; [4] We also do not accept compensations for confiscated land or property.

3. Development Aid includes supplying displaced people with water, electricity, schools, clinics, and veterinary clinics. This is undertaken in cooperation with the Ministry of Local Government, being the qualified body, and in coordination with the relevant parties. From the Israeli point of view, these communities live on lands that either have been expropriated for colonization purposes, or declared military training areas. Moreover, implementing any Palestinian project requires obtaining a permit, which is seldom granted. From an Israeli perspective, when we provide Palestinians with tents, shelters and water-tanks it is a threat to Israeli security. This position was officially declared in a number of court appeals: for example in the response of the Israeli Army to an appeal of people from Masafer Yatta who are threatened with eviction. A similar position was stated in a similar appeal of Palestinians from the Jordan Valley. Holding such a position, the occupation forces confiscate tents and tractors, and there were cases where they have destroyed roads in several areas. However, these practices will not stop us from providing such services to these communities. On the contrary, the Palestinian Authority is planning a development program for the West Bank areas in order to identify and designate future development projects.

4. Documentation: In the past two or three years we added a fourth dimension to our work, one which focuses on documenting the various cases of forced population transfer.
To conclude this presentation, I would like to

More in this category: « Implementing States’ Obligations to Combat Population Transfer* Palestinian Claims for Reparation in International Context* »
back to top