Zionist Apartheid: a Crime Against Humanity 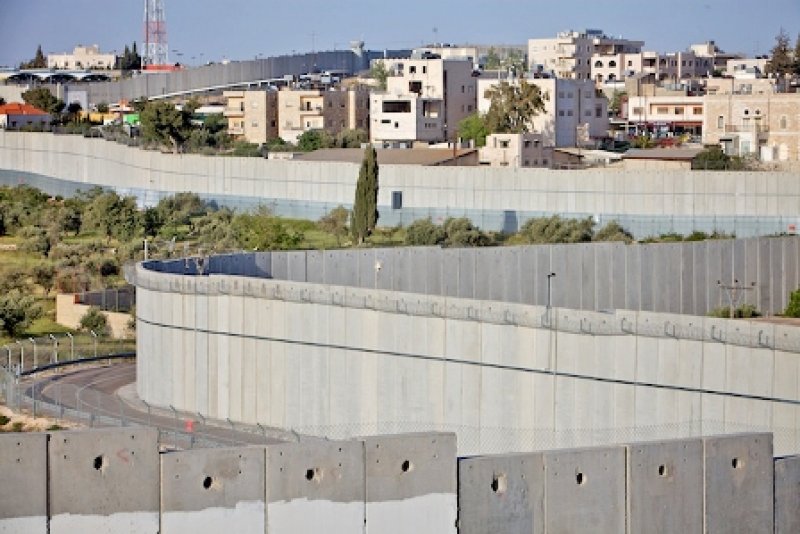 In 1973, the United Nations rightly condemned “the unholy alliance between Portuguese colonialism, South African racism, Zionism and Israeli imperialism.” Only two years later, it determined “that Zionism is a form of racism and racial discrimination.” At the behest of the U.S. administration, this resolution was revoked in 1991 in order to pave the way for the Madrid Peace Conference that same year; however, equating of Zionism with racism is still valid.

Apartheid is based on the establishment and maintenance of a regime of institutionalized discrimination in which one group dominates others. In the case of Israel, Zionist ideology is the driving force behind the ongoing Palestinian reality of apartheid. Not limited to the occupied Palestinian territory, the Israeli regime also targets Palestinians residing on the Israeli side of the 1949 Armistice Line (known as the Green Line) and millions of Palestinian refugees living in forced exile while promoting Jewish-Israeli colonization to the expropriated land. As such, the Palestinians, wherever they reside, are collectively exposed to one coherent structure of Zionist apartheid. That structure discriminates against Palestinians in areas such as nationality, citizenship, denial of reparation (return, restitution and compensation), residency rights, and land ownership. This system originated in 1948 in order to dominate and dispossess all forcibly displaced Palestinians, including the 150,000 who were able to remain within the “Green Line” and who became Palestinian citizens of Israel. The occupation of the remaining part of Palestine by Israeli forces in 1967 subjected the Palestinians living within that territory to the same Zionist apartheid regime.

The findings of the South African session of the Russell Tribunal on Palestine concluded that Israel’s practices against the Palestinian people constitute the crime of apartheid within all of Palestine (also referred to as Mandate or historic Palestine). However, the Zionist Movement—and later Israel—had no interest in creating a system of apartheid in order to simply construct and maintain the domination of one “racial” group over another. Israel neither aimed to exploit the indigenous Palestinians for labor nor limit their political and social participation. Rather, its intention has always been to establish a homogeneous Zionist state exclusively for Jewish people. This has been apparent since the early years of the Zionist Movement and is further illustrated by the fact that Israel has hitherto no defined borders. Israel’s former Prime Minister Golda Meir explained that “the borders are determined by where Jews live, not where there is a line on a map.”This statement, in combination with David Ben-Gurion’s writings in 1937, in which he stated that “the compulsory transfer of the Arabs from the valleys of the projected Jewish state could give us something which we never had,”[1] offers broad guidelines for transferring Palestinians out and implanting Jewish settlers into the territory.

The creation of a Jewish nation state in a land with a small Jewish minority could only be achieved by forcibly displacing the indigenous population and implanting Jewish colonizers from abroad. Accordingly, Zionist apartheid’s main manifestation is forced population transfer.

Forced population transfer has been defined as a practice or policy that has the purpose or effect of moving persons into or out of an area—either within or across an international border:

Transfer can be carried out en masse, or as “low-intensity transfers” affecting a population gradually or incrementally.

Forced population transfer is illegal and has constituted an international crime since the Allied Resolution on German War Crimes, adopted in 1942. The strongest and most recent codification of the crime is in the Rome Statute of the International Criminal Court, which clearly defines the forcible transfer of population and implantation of settlers as war crimes.

The intention on “transfer” in Zionist thought was encapsulated in 1905 by the words of Israel Zangwill, one of the early Zionist thinkers, who stated that “if we wish to give a country to a people without a country, it is utter foolishness to allow it to be the country of two peoples.”[2]

Already 66% of Palestinians worldwide have been displaced by Israel’s ongoing forcible displacement of the Palestinian people.Today, this population transfer is carried out by Israel in the form of its overall policy of “silent” transfer—not by mass deportations like in 1948 or 1967. This displacement is silent in the sense that Israel carries it out while trying to avoid international attention by displacing small numbers of people on a weekly basis. It is thus distinguishable from the more overt transfers achieved under the pretense of warfare in 1948 or 1967.

Population transfer is achieved by creating an overall untenable living situation that leaves no choice for the inhabitants other than to leave their homes. Moshe Sharett—one of the signatories of Israel’s Declaration of Independence—indicated the desire to foster onerous living conditions when he stated “a policy based on minimal fairness should be adopted toward Arabs who were not inclined to leave.”[3]Therefore, Israel’s apartheid system is a means to an end and not an end-goal in itself because it does not simply seek to dominate the indigenous Palestinians, but to forcibly displace them.

South Africa, on the other hand, not only invented the apartheid system, but was also proud of its creation and publicly advocated for it. The word “apartheid” itself is Afrikaans for “separateness” and became the official government policy of racial segregation in 1948. The South African apartheid structure was based on a clear-cut separation and segregation policy.[4] It was clear from the outset that the purpose of South Africa’s apartheid system was to create a permanent apartheid structure in order to preserve the established status quo. For instance, South Africa designed the 1970 Bantu Homelands Citizens Act to react and adapt to increasing criticism from the international community. This law established separate legal entities (Bantustans) and denaturalized the black population so the South African government could argue that the black population was no longer excluded from state affairs because by law they no longer belonged to the South African state. This attempt aimed at continuing the exploitation of the indigenous workforce and resources, thus fortifying the existing system while at the same time discarding its racist, anti-democratic image.

The international crime of apartheid and the subsequent Apartheid Conventionwas modeled on, but not limited to, the South African apartheid system. John Dugard wrote that “The Apartheid Convention was the ultimate step in the condemnation of apartheid as it not only declared that apartheid was unlawful because it violated the Charter of the United Nations, but in addition it declared apartheid to be criminal.”Today, Israel is guilty of committing various crimes in order to forcibly displace the Palestinian people from Palestine. Israel’s crimes such as apartheid and persecution, as well as its permanent occupation and annexation-colonization, are intended to create an unbearable situation in order to expel the indigenous Palestinian population. This continuous and calculated targeting of the Palestinian people must be challenged by the international community as it was regarding South Africa where that state’s actions and policies were codified into elements of an international crime against humanity. Israel’s regime must be judged accordingly and its impunity must be brought to an end because silence—if not complicity—in the face of fundamental rights violations further entrenches politics to the detriment of law. The first significant step in that direction would be reinstating United Nations General Assembly Resolution 3379 of 10 November 1975, declaring Zionism as a form of racism, and paving the way for the end of Israeli impunity and Zionist apartheid.

More in this category: « 6.8 million Palestinian refugees and counting… Towards a popular strategy for resisting forcible displacement* Lifta and Battir: Parallel Cases of Ongoing Nakba in the Jerusalem District »
back to top