6.8 million Palestinian refugees and counting… Towards a popular strategy for resisting forcible displacement* 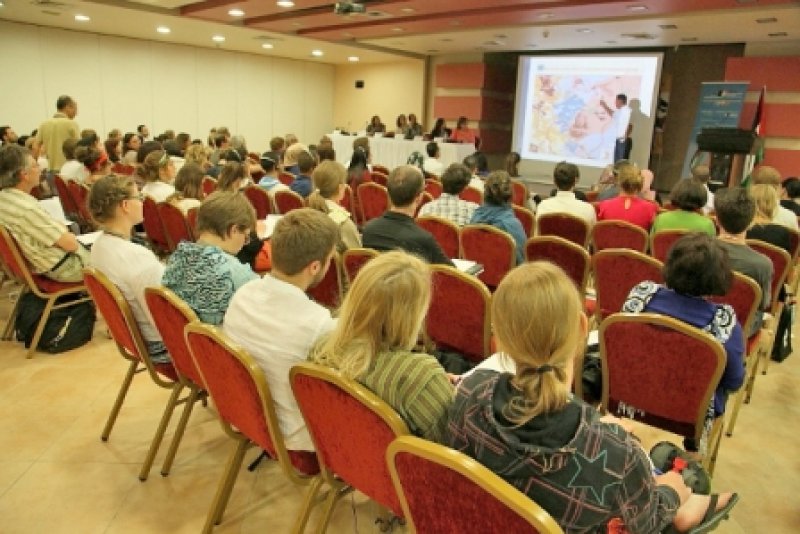 The central issue to the Palestinian-Israeli conflict continues to be the mass displacement of Palestinians. The creation of refugees, currently 6.8 million, as well as creation of internally displaced persons, more than 600,000 on both sides of the Green Line, and refusing their right of reparation including their Right of Return is the main component of the ongoing Nakba. The violent uprooting of Palestinians from their homeland was waged in an evolving way from 1947 to the present. al-Majdal’s 53rd issue seeks to highlight this continuous crime. Our feature section profiles material presented in BADIL’s 4 June 2013 Conference on Forced Population Transfer, a preliminary response at coordinating a comprehensive defense against forcible displacement. The Clockwork of Ongoing Nakba: Unraveling Forced Population Transfer is intended to provide primary sources, extracts from BADIL’s conference and legal analysis – a roundup of the major components of our emerging work.

Forced population transfer is one of the gravest breaches of human rights, punishable as both a war crime and a crime against humanity. It is a term of international law that describes the ongoing Nakba. The Rome Statute of the International Criminal Court states: “[d]eportation or forcible transfer of population means forced displacement of the persons concerned by expulsion or other coercive acts”.(see Joseph Schechla’s paper, "Implementing States’ Obligations to Combat Population Transfer of Palestinians" on page 13).

United Nations Sub-Commission on the Prevention of Discrimination and the Protection of Minorities conducted a study in 1992 finding that a “[t]ransfer can be carried out en masse, or as ‘low-intensity transfers’ affecting a population gradually or incrementally.” Today, 66 percent of 11.2 million Palestinians worldwide are, or are descendants of, people who have been forcibly displaced (refugees or internally displaced persons). The proportion is increasing.

Forced population transfer is an ideological and a structural problem targeting Palestinian communities on both ‘sides’ of the Green Line (see the photo story on page 8). Many Israeli laws and policies combining the worst features of colonization, institutionalized discrimination and belligerent occupation were developed and applied over the years in order to facilitate control of maximum land with minimum Palestinians. BADIL’s new Handbook and five accompanying brochures seek to stymie forced population transfer and preliminarily focus on residents of West Bank Area C, East Jerusalem and the Gaza Strip. The resources advocate for using both the law and extralegal strategies of defense.

The Handbook and brochures overview Israeli state practices used to implement displacement drawing from court decisions, legislation, military orders and original interviews with affected individuals. Although the resources are not a substitute for qualified legal advice, they seek to support at-risk Palestinians in their struggle by compiling and distributing information. The information may help Palestinians delay or counteract Israeli strategies of displacement.

The ability of targeted Palestinians to prevent their displacement is rare and limited. Thus, engaging with the unjust Israeli legal and judicial systems is purposed with the narrow aim of buying time or reducing the extent of damages. The legal challenges of Palestinians to forcible displacement are strengthened when coordinated with a popular struggle, a consistent on the ground presence, residency, cultivation and investment in property, and utilization of the media.

One of the legal tools for displacement, Military Order 1651, provides the logic, twisted as it is, for restricting Palestinian use of 18 percent of West Bank land through the declaration of ‘closed military zones’ or ‘firing zones’. Israel appropriates the land for its military, using multiple methods of coercion to evict residents. The case of Firing Zone 918 is an example of this strategy applied to 12 Palestinian communities in the South Hebron Hills (see BADIL’s interview with a resident of Susya on page 27). The communities are organizing in parallel to the judicial process as are other Palestinian communities in the spotlight of forcible displacement today (see BADIL’s report about its latest work on the issue of forced population transfer on page 30).

The Palestinian Bedouin of the Naqab have mobilized mass actions against the Israeli government approved Prawer Plan threatening up to 70,000 with displacement. A new UNRWA report studies Israel’s forcible transfer of Palestinian Bedouin communities to the al-Jabal garbage dump in the Jerusalem area, a too common case of multiple displacement. The communities of al-Walaja, Battir and Cremisan Valley all have developments relating to Israel’s construction of the Annexation Wall through their lands. Media attention and authentic solidarity are ways individuals and organizations can support the communities’ struggles.

At BADIL’s conference, attorney Suhad Bishara of Haifa-based Adalah: The Legal Center for Arab Minority Rights in Israel echoed many of the presenters when she said, “International Law might be a good or legitimate tool as long as it is part of a strategy.” Bishara went on to emphasize the need for a strategy coordinating resistance within Israeli military and civil law while leveraging international law. In conclusion, she said “we need a process of de-fragmentation.”

The 53rd issue of al-Majdal features contributions to the forced population conference. Two BADIL-conducted interviews highlight the necessity of drawing our analysis and relevancy from the Palestinian people and their concerns. The first interview profiles Alaa Salman of East Jerusalem. The second interview profiles Nasser Nawaja’a of the South Hebron Hills. Both witnesses face state-organized forcible transfer and presented public testimonies at BADIL’s conference. We include a paper by Professor Joseph Schechla, the coordinator of the Housing and Land Rights Network of the Habitat International Coalition, in which he embarks from his presentation at the conference to detail states’ obligations in the context of forced population transfer in Palestine and incorporates recent European Union developments into the framework. We publish an expanded version of the presentation delivered at BADIL’s conference by Palestinian Authority’s Mohammad Elias Nazzal who heads the Wall and Colonization Portfolio. Mick Dumper, Professor in Middle East Politics at the University of Exeter, offers a paper on precedents for implementing restitution and compensation for Palestinian refugees, which was the basis for his presentation at the conference. A BADIL report on the field visits following our conference documents the work BADIL is embarking on in connection with common Palestinian struggles. In addition to features covering important components of the conference, this issue also includes a commentary explaining forced population transfer’s central role to the practice of Zionism in Palestine by BADIL’s Amjad Alqasis and a photo story of two Jerusalem villages on either side of the Green Line compiled from documentary work produced by BADIL's Ongoing Nakba Education Center. This installment of al-Majdal is intended to provide primary sources, extracts from BADIL’s conference and analysis – a roundup of the major components of our emerging work on forced population transfer.

Palestinians within the homeland are facing a concerted effort coercing their migration. A defense of Palestinian rights must take into account the context of advancing Israeli colonization and meek responses from the PLO/PA. In the meantime, more than half of the 530,000 Palestinian refugees in Syria have been displaced again by fighting; over 1,000 Palestinians were killed. Palestinian refugees residing in Lebanon, Jordan, Egypt and other states are subject to discriminatory policies. Ongoing displacement and refusing the Right of Return compound previous wrongs. A Palestinian strategy that attempts to stem the flow of ongoing forcible transfer, reducing the potential damage done, can be implemented while we pursue avenues for implementing the right of reparation, including the rights of return, restitution and compensation.

*This editorial is adapted from a BADIL op-ed originally published on Mondoweiss 1 August 2013.

More in this category: Zionist Apartheid: a Crime Against Humanity »
back to top