From al Damoun to Nahr el Bared Camp: A Journey of Pain 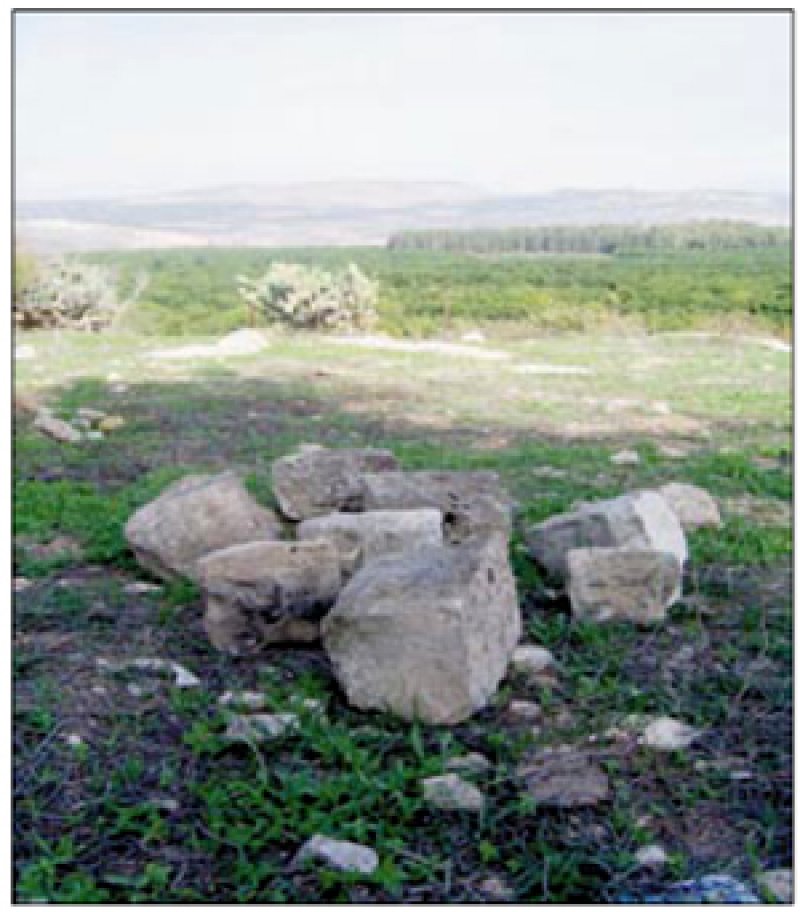 One day we will return to our own Home,
And succumb to tender hopes.
We will return no matter how much time passes,
And distances separate us.

--A song by prominent singer Fairouz

Hussein Loubani keeps singing these verses because there he had left his childhood and pleasures: the pigeons, the hens, the rabbits, the sheep, the house, the district, the shop of Kamel Sh’aban, the mosque, the church of the village, the cactus, the river, the hill, the school of the village, the pupils, and his teachers: Shafiq Obeid and Khalil Bitar. All these are behind his craving desire to return to his village in Palestine.

Hussein was 9 years old when in 1948 he left his village, Al-Damoun, 9km from Akka. He still remembers those last days minute by minute.

“Our teachers in the village were living in Akka; by end of April, they couldn’t come to school anymore. Consequently, we stopped going to school. As a child, I started to see armed people guarding the village.”

The Jewish armed gangs attacked neighboring villages and soon attacked Al-Damoun.This began a series of journeys the young Hussein with children and women of his village had undergone. First, they spread out into the orchards of the village. “We slept under the olive trees for around one month till the Jewish gangs started bombing us there, so we left to Mi’ar village, which is 10km far from ours.”

Al-Damoun was soon occupied, and the Jewish gangs moved to Mi’ar. Hussein and his people continued moving farther from Al-Damoun towards the unknown. “In a July night, we reached Salameh valley, and we slept there for around 2 months.”

On 31 August his mother gave birth to a girl; they called her Salma, after the name of the valley. Then the family continued their awful journey among the thorns and under difficult weather. Hussein was holding his blind grandfather’s hand along with his younger brothers. They walked 25 km until they reached a bordering village called Buqai'a. By that time his father as well as other refugees had spent all their money. They didn’t have anything to eat.

While in Bqe’aah, the Jewish militants arrived on a tank and stationed themselves near the school. It was the first time Hussein saw soldiers up close. “A soldier gave us biscuits and taught us a song. In two hours we learned it by heart… I kept singing it even after we settled in Lebanon till one day my father heard me singing it. He slapped me and said, “isn’t it enough that they occupied our land, and you are singing in rejoice for them?” At that moment I realized that we were singing the Haganah (Israeli army) anthem.

The soldiers called on loudspeakers ordering all displaced people who arrived to Bqe’aah to leave it, otherwise they would be killed or imprisoned. Then the Jewish gangs killed three men and dragged them on the sidewalk. The child Hussein saw killing for the first time in his life, and for all the displaced people it was a threat that forced them to leave the village.

The Loubani’s along with others continued the journey out to Suhmata, where the planes chased them. “On the way, I asked a soldier to give me a drink of water. He said, ‘Go to Haj Amin in Lebanon and ask him.’ I hadn’t heard of Lebanon before that time. We continued our journey till we arrived to the Lebanese borders.”

This trip was full of agony. It was at the same time interrupted by glimpses of luck and, as is always the case with kids, some fun.

“We were thirsty… there was a well on the way, but the queue was so long for us to win a sip of water. We continued our way till we reached Rmeish, the first Lebanese village on the borders. We tried to buy water there but couldn’t. We were told to drink from an open pool that had a dead pig in it.”

It was only when Hussein reached the Shi’ite village of Bint Jbeil, that he could get a sip of water for himself and his family simply because the woman realized his name was Hussein, and his father’s was Ali, named after Shi’ite imams.

In the evening, trucks arrived and carried people to Tyre, and there a train was waiting for them. Someone called: “Those who want to go to Aleppo get into the train.” The wagons of the train had no seats; it was designed to transport animals. About forty people jumped into each wagon.

“I remember smiling for the first time in that journey. I got in a train for the first time in my life, and didn’t worry about its unknown destination.” The journey ended on 7 October, 1948 in Tripoli after the Syrian authorities blocked the borders to stop the entry of refugees. “So we stayed 10 days living in the wagons on bits of donations that philanthropists and associations from Tripoli were giving.”

Life in the city wasn’t easy. It was hard for Hussein’s father, the peasant, to find any job in the city. Hussein, the eldest among his brothers and sisters, had to work in a bakery to bring bread for his family. “I didn’t have the chance to go to the schools of the city. My father was happy for the bread and the little money I brought.”

The Palestinian refugees lived in the hangars of the port till June 1950, when UNRWA built Nahr el Bared camp. And it was only after that when UNRWA started providing rations for refugees that Hussein managed to overcome his father’s reluctance to send him to school.

“I joined school and was always the first in my class. Besides, I kept working in the fields, bakeries and a quarry to help my family. These works stripped me of my childhood but helped me continue my education.”

The Loubanis' suffering continued until Hussein got his baccalaureate certificate in 1960 and became a teacher at UNRWA schools. “I won’t forget the happiness that filled my father’s heart when I put the first salary in my father’s hand and kissed it.”

By 1960, life improved for the family. However, frustrations and harassments had not ended in general. The camp was a target from inside by the Deuxieme Bureau, the Lebanese Army intelligence office, and by the Israeli raids from outside. When Hussein had relatives from other camps visiting, he had to go to the intelligence office to declare their arrival and intended stay. Palestinian freedom of movement was highly restricted. This went on until 1969, when the Cairo Agreement was signed between the PLO and Lebanon. On the other hand, the camp was subjected to Israeli raids very often. On 20 May, 2007, the latest disaster, the war against Nahr el Bared between the Lebanese army and Fateh Al-Islam, leveled it to the ground and plunged it back to zero, “exactly the same as the day we left al Damoun in 1948.”

This ongoing Nakba and continuous suffering for 60 years, characterized by pain, deprivation, and humiliation, could not bend Hussein’s will and steadfastness. He insisted on doing something for himself and his people. When he grew older, he joined the Arab Nationalist Movement, enrolled in a scout group that enabled him to visit Jerusalem in 1956. This visit constituted a landmark in his life where wrote his first diaries that paved the way to his later career as a folklorist and writer. Among other works, he has written The Dictionary of Palestinian Proverbs. Furthermore, he established a music band for youth in the camp.

After 60 years, Hussein feels that perhaps the logical outcome of the Nakba would have been the destruction of the Palestinians as it is not easy for victimized refugees to behave positively as if in a normal country. However, Hussein insisted on resisting the Nakba and working for return to his lost paradise by all means. In 1965 he graduated with a B.A. in Arabic. He also started writing. So far he has written around 25 books, 18 of them are on Palestine and Palestinians. He added, “The Israelis wanted us to dissolve in the normality of everyday life of Arab societies hosting us, and to be lost in the labyrinth of exiles. But we refused such a painful reality. Like other Palestinians, I considered education as a way out of the dreadful poverty and ignorance.”

Hussein succeeded in accumulating his own large library. His wide knowledge in the field of folklore makes him a reference in this field. His only dream now is to communicate with specialists in the field inside Palestine and to see formal Palestinian institutions encouraging and supporting people like him.

Hussein believes the solution to his problem is in his return, only return, that brings things back to their normal course. Hussein does not rely on the peace process since Oslo to give him the right to go back, and consequently he does not trust the international community which is under the hegemony of the big powers; “We counted on the UN to implement its issued resolutions for 60 years, mainly Resolution 194. Had it been implemented, a lot of bloodshed would have been spared.” He adds, “The peace I believe in is the one that is going to remove pain and harm from the afflicted and prevent the slaughter and the infliction of further injustices. Otherwise, the future is bleak.”

More in this category: « We are the Children of the Apostles Stripped of Our Home and Left with the Shed »
back to top