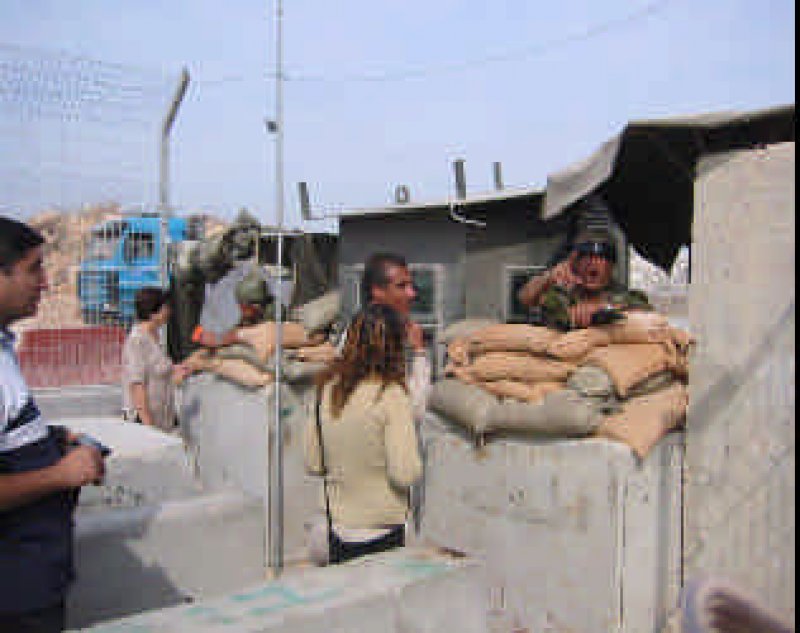 Historically, this notion, and the type of slogans,misinformation and demagogy it engenders, has had catastrophic results for Palestinians, individually and collectively.  Today again, Zionism's "existential crisis" gives rise to public talk about a "demographic threat" deriving from the presence and growth of the Palestinian population. Military force, collective punishment, delegitimization and denationalization of Palestinians
are seen as justifiable remedies in the short term, while proposals of transfer and ethnic segregation feature high in Israel's public debate over practical long-term solutions. While the notion of the existential threat to Israel must be seen in part as a reflection of wide-spread Nihad Boqaee. BADIL Staff and member of Shabibeh/Hadash Israeli confusion and frustration, it is important to understand its impact on, and its explicit and implicit aims with regard to the Palestinian intifada.

A Prelude to Palestinian Expulsion and Segregation "Jewish immigration," "Jewish settlement," and "Jewish labor" have constituted the key elements of Zionist colonisation of Palestine since the late 19th century. Demography and geography of the land were to be transformed by these means from an Arab land part of the Turkish empire into a "homeland" of the Jewish people, and they gave rise to expulsion ("transfer") plans already in the early stages of Zionist presence in Palestine. In 1948 the Zionist movement succeeded to  build the "Jewish

The "demographic threat" discourse remained on the Zionist agenda also after the establishment of the state. It has been employed regularly in order to encounter phenomena, which were perceived as an existential threat to Zionist control, not only in the 1967 occupied Palestinian territories, but also against Palestinian citizens of Israel. In this context, the creation of a Palestinian minority in Israel is seen as an unfortunate result of the fact that the Zionist agenda could "not be completed" in 1948. Palestinian citizens of Israel are perceived as a "natural" part of the Palestinian people and as "aliens" in the Jewish state, whose citizenship status can be ignored.

Efforts to denationalize Palestinians date back to the 1950 Israeli Law of Nationality, they were accompanied by policies aimed at re-shaping their identity. Israel's failure to severe the ties of "its" Palestinians from the larger Palestinian experience and identity and to erase their awareness of basic rights, has triggered a new government-led public campaign aimed at restricting the freedoms of the Palestinian  community inside Israel.

The second Palestinian intifada and the related crisis in Jewish-Palestinian relations inside Israel were identified by the Zionist leadership as yet another "existential crisis."

Israel's military campaign against the intifada has given rise to a new campaign of de-legitimization of Palestinians inside Israel, mainly based on their alleged links to terrorist operations, while Zionist Israeli society has proven incapable of distinguishing between political solidarity and actual involvement in suchoperations.

Israel's current public  iscours about the Palestinian "demographic threat" must therefore be seen as a yet another campaign aimed at preparing the ground for expulsion, segregation and derived measures, such as "land swaps" and administrative transfer directed against the Palestinian people both in the 1967 occupied territories and inside Israel. Segregation, a "Humane" Alternative to Expulsion?

Part of those sharing the notion of the "demographic threat" support separation from the Palestinians as the preferred solution. Most of Israeli society does not reject the establishment of a Palestinian "state", if Israel will continue to control its external borders and maintain its colonies in the 1967 occupied Palestinian territories. This proposal is not guided by the search for real Israeli- Palestinian reconciliation and a durable and just peace, but by the search for continued direct and indirect Israeli control. Segregation is perceived as an epeople while maintaining control over the land.

The expansion of Israeli colonies throughout the period of the Oslo process, the continuation of land confiscation and the doubling of Israel's settler population in this period must be understood in this context. Also segregation is a concept applied to both Palestinians in the 1967 occupied territories and to Palestinian citizens of Israel. Restrictions of access of Palestinian citizens to so-called state land, as well as the exclusion of Palestinians from renting and purchasing homes in predominantly Jewish residential areas have served to keep the Palestinian population of Israel within limited and ethnically homogenous geographic areas. Recent legislative initiative, such as MK Haim Druckman's  law bill, are rooted in the Zionist ideology of segregation and in policies which have shaped Israel's demography and geography for the past 54 years.

In the meantime: Israel's Demographic Threat Discourse in the Service of Pragmatic Aims The danger of Israel's current demographic threat discourse and related expulsion and segregation proposals must not be under-estimated. In the meantime, however, the latter must be seen also as serving an immediate and pragmatic aim. The debate about the "demographic threat" to the Jewish state constitutes an effective propaganda tool. Itffective means for getting rid of the Palestinianhas served to efine the parameters of public discussion (and political negotiation) about a possible solution to the Palestinian refugee question, and has re-created a broad public Jewish consensus against the return of Palestinian refugees in the context of Israeli-Palestinian peace.  If the Jewish state is "threatened" already by those Palestinians present inside Israel and in the West Bank and Gaza Strip, how could anyone expect Israelis to consider recognizing the right of return of five million Palestinian refugees …?

More in this category: « Racism, Refugees, and Apartheid UPDATE:Campaign for the Defense of Palestinian Refugee Rights »
back to top