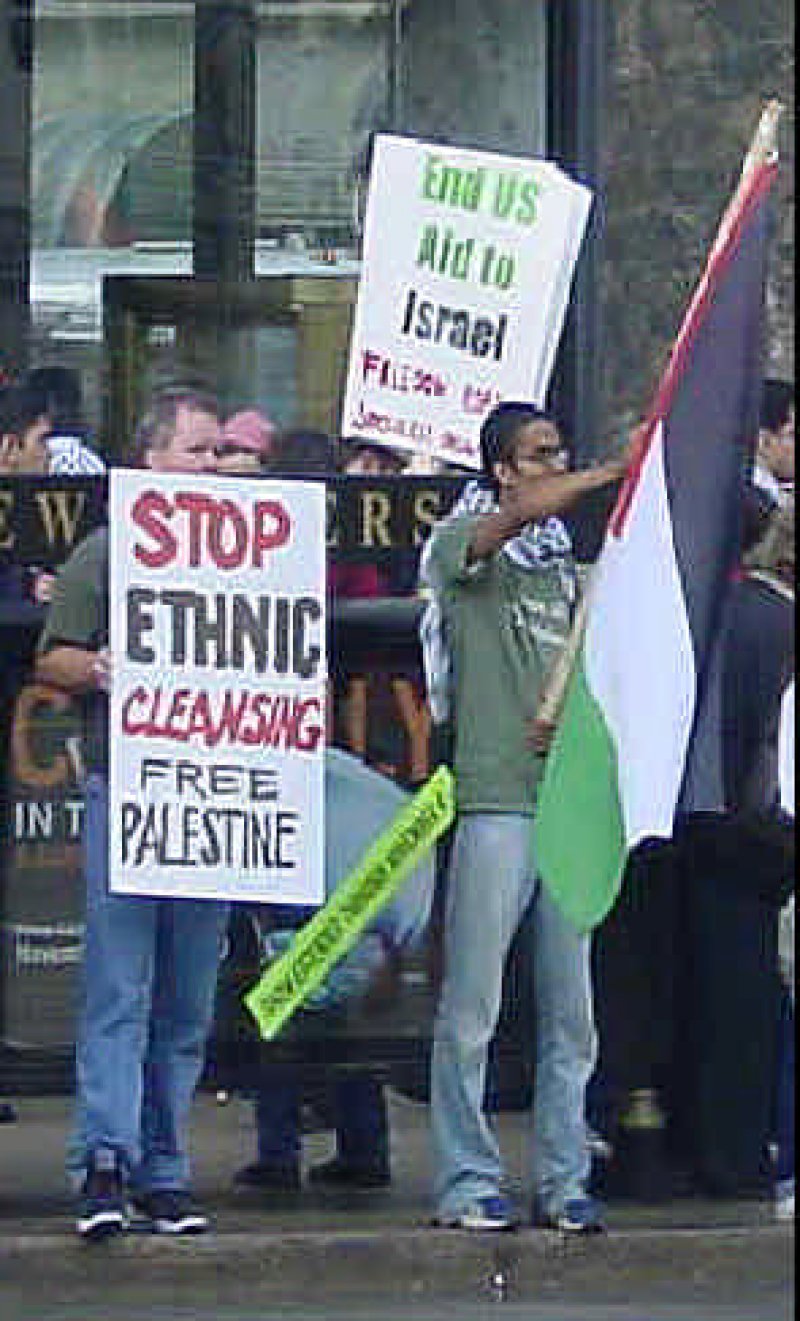 In reviewing the case, the High Court held that the state may not allocate land to the Jewish Agency knowing that the Agency will only permit Jews to use the land. The Court noted, however, that the decision applied only to the "particular facts of the case." Katzir has refused to implement the decision. Many of those Israeli Jewish lawmakers opposed to the proposed bill appeared to be more concerned about the 'esthetics' of the discriminatory language in the bill and its implication for Israel's image abroad, rather than the underlying, historic, and discriminatory nature of Israel's land ownership system.

"[The decision] places us in a bad situation," stated minister without portfolio Dan Meridor, "changing our image in our land and in the world. As to the charges that Zionism is racism - what are we ourselves saying here?" (Ha'aretz, 8 July 2002) As one Israeli commenator wryly noted, however, in an article entitled, "State Land Bill Sticks to Reality on the Ground": "When the cabinet approved a bill on Sunday that would permit state lands to be allocated to exclusively Jewish townships, it was giving legal backing to a situation that has existed in practice since the establishment of the state." (Ha'aretz, 9 July 2002)

The cabinet subsequently decided to 'bury' the proposal in Knesset committee.Land Law and Euphemisms for Ethno-National Discrimination "The outrage of the Druckman Law was attributed to its being the first time that the country's  awbooks would explicitly refer to different laws for Jews and non-Jews, other than the Law of Return. But in the 54 years of the state's existence, an entire lexicon of laundered euphemisms have obviated the need to bluntly define ethno-national discrimination - ranging from "the absentees," to "army veterans" and "those eligible for citizenship according to the Law of Return."

Most of the national-ethnic discrimination is carried out by the Zionist institutions - the Jewish National Fund and the Jewish Agency and they were deliberately established so the state would not be accused of deviation from universal norms." "It requires a large measure of naivete or hypocrisy to take pride in the torpedoing of the Druckman Law. [The law's] intention was only to tell the entire world that [Israel] isn't ashamed of its racism, since the leaders of the national institutions say openly they have no need for the law because there is nothing preventing them from executing a discriminatory policy, dubbed Zionism. So what? After the law was "buried," it's perfectly all right to continue playing with "Zionist" positions, that blindly accept the premise that personal and collective rights for those who belong to the Jewish group take precedence over the civil rights considered common in liberal democracies."

"It's not the Druckman Law and Adel Ka'adan's house that are the test of racism of Israel, but the collective discrimination against sectors that do not belong to the Jewish group - the Bedouin, the internal refugees, "unrecognized villages," cities and towns suffocating because of lack of room to expand, economic discrimination and racial prejudice camouflaged as "concern for security." Those who breathed a sigh of relief at the burial of the Druckman Law are making life easy for themselves." (Meron Benvenisti, "A Family Argument," Ha'aretz, 18 July 2002)Israeli High Court Suspends Privatization of 'State Land' (i.e., Refugee Properties): 0n 29 August the Israeli High Court ruled that the decision by the Israel Lands Administration (ILA) to rezone kibbutz and moshav agricultural land for real estate development - i.e., land expropriated from Palestinian refugees - was null and void on the grounds that it contradicted the principle of equality.

In issuing its ruling, however, the High Court did not take into account the fact that the land in question was expropriated from Palestinian refugees. Rather, the Court ruled that the share of the revenues, in the form of compensation, that would accrue to the kibbutzim and moshavim as a result of the construction - on what is 'state-owned' land - was excessive. The Court ordered the ILA to review its decision as soon as possible. In the meantime, all deals linked to the freeing up of agricultural land for real estate development are to be frozen.

The debate about privatization of so-called state lands goes back to the early 1990s when Ariel Sharon, then responsible for the ILA replaced the old system of rezoning land for 'public use' with a new system under which kibbutzim and moshavim received 50 percent of the value of the land (based on its new residential or commercial use) along with entrepreneurial rights. Opposition to the changes, primarily from the Sephardi Rainbow Coalition (Keshet Mizrahit) eventually led to a series of reductions in the level of compensation to 15-20 percent for land in the center of the country and 10 percent for land adjacent to residences.

The Coalition has argued that the land is a national asset and therefore all sectors of Israeli society should share in the profits accrued from privatization, not only the Ashkenazi elite represented by the Kibbutzim. (Ha'aretz, 29 August 2002). Privatization of refugee properties would further complicate Palestinian refugee housing and property claims.

During the past several months several independent initiatives for a framework for an Israeli-Palestinian final status agreement have been put forward by independent actors. These include the International Crisis Group (ICG), Ziyad Abu Ziyad, and a joint proposal by Sari Nusseibeh and Ami Ayalon. A fourth proposal, the Quartet three-phase roadmap for final settlement by 2005 announced on 17 September 2002 does not include any details on final status issues.

The three proposals share several common features, most notably the lack of reference to international law as a framework for negotiations and the consequent lack of a rights-based approach to crafting durable solutions for Palestinian refugees. The proposals ignore international law and practice, as  documented in numerous reports by UN agencies and international human rights organizations (as well as the recently published PLO report entitled Double Standards, see above) and recommend that Palestinian refugees be resettled in a Palestinian state. Compensation is proposed as a substitute for the right of return.

The proposals also ignore the right of refugees and displaced persons to housing and property restitution. The proposals also recommend that a peace agreement include an 'end of claims' clause, ignoring the fact that state parties or other third parties cannot extinguish individual rights by virtue of a bilateral agreement or by any other means. Beyond the obvious legal problems associated with the recommendations provided by the authors of these proposals, the proposals fail to provide political arguments why Palestinian refugees should forego the same basic rights afforded to all other refugees under international law.

More in this category: « War Crimes:Update on the Case Against Sharon UN and International Protection »
back to top