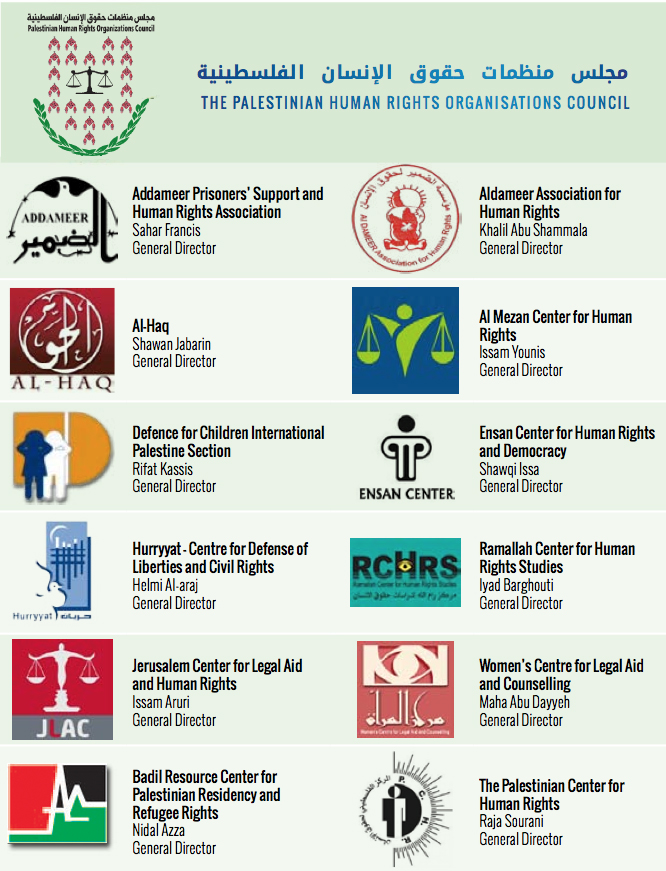 The Palestinian Human Rights Organisations Council (PHROC) condemns in the strongest terms Israel’s latest and unfortunately, far too common attempt to obstruct the work of international human rights and justice mechanisms in investigating Israeli violations of international law against the Palestinian population. The latest charade put up by Israel is an attempt to undermine an investigative report that will be published in March by a UN-established Commission of Inquiry looking into violations of international law carried out in occupied Palestine relative to military operations that took place from 13 June 2014 (the Commission). In this attempt, Israel seeks to cover up crimes committed against the Palestinian people last summer by accusing the Chairperson of the Commission, Professor William Schabas, of bias. The accusations are based on a legal opinion that Schabas had provided for the Palestine Liberation Organization (PLO) in 2012. This legal opinion, the existence of which had been fully disclosed to the President of the Human Rights Council (HRC), was one of many that he had produced in his capacity as a renowned expert on international criminal law for different states and organizations over the years.

Professor Schabas made the decision to resign, in an effort to prevent the findings from being overshadowed by the Israeli allegations, which are a clear and disingenuous attempt to discredit the report of the Commission. The Commission will present its report at the upcoming HRC session in March and will provide strong legal argumentation, supported by hundreds of documented cases to show that Israel may have committed war crimes and crimes against humanity, and committed grave breaches of international humanitarian law last summer in occupied Palestine. While PHROC commends the Commission and its continued work, it is extremely disappointed that the HRC has allowed Israel to monopolise its work and decisions.

Israel undermines the work of the HRC and other UN mechanisms on a regular basis. In the last year alone, for example the UN Special Rapporteur on violence against women, Rashida Manjoo and the UN Special Rapporteur on the situation of human rights in the Palestinian territories occupied since 1967, Makarim Wibisono were both denied entry into occupied Palestine by Israel. The non-cooperation with UN mechanisms is an ongoing issue and ranges from refusing to allow UN officials and independent experts to enter occupied Palestine, to formally announcing the decision to suspend contact with UN bodies, as was done in May 2012 when Israel suspended its contact with the Office of the High Commissioner for Human Rights, the HRC and its mechanisms.

Israel’s moves at the UN level should be viewed within the context of its ongoing refusal to respect the decisions, resolutions and mechanisms of the UN. Consecutive Israeli governments have refused to recognise the State’s obligations under international human rights law with regard to the Palestinian population, obligations repeatedly reaffirmed by UN treaty bodies. Israel also rejects the de jure applicability of the Fourth Geneva Convention, incumbent upon it as an Occupying Power, in defiance of numerous UN resolutions, the 2004 International Court of Justice Advisory Opinion on the Wall in occupied Palestine and indeed countless statements issued by governments worldwide to that effect.

In a similar manner to its refusal to cooperate with the current Commission, in 2009 Israel declined to cooperate with the UN Fact-finding Mission on the Gaza Conflict, headed by Justice Richard Goldstone, despite repeated calls for engagement by Israel. More recently, in 2012, the UN Fact-finding Mission on Israeli Settlements was denied entry into occupied Palestine to collect testimonies. The Mission joined a long and growing list of UN Special Rapporteurs and other UN experts, to whom Israel has also refused entry. This also includes non-cooperation with the 1968 UN Special Committee to Investigate Israeli Practices Affecting the Human Rights of the Palestinian People and Other Arabs of the Occupied Territories.

Israel’s obstructive behaviour which seeks to undermine and weaken international human rights and justice mechanisms such as the HRC, goes largely unchallenged and gives the impression that Israel is being provided with preferential treatment. These acts also create potentially dangerous precedents for other States who may seek to obstruct the passage of justice at the UN level. Within this context, PHROC reiterates that the HRC must take action, including by supporting moves towards sanctions, to ensure that Israel’s wilfully obstructive actions and continued non-cooperation with UN mechanisms are brought to an end.

Finally, an oppressor cannot choose its judges. Other international justice mechanisms, including the International Criminal Court, were established by the international community in an effort to bring an end to impunity for international crimes. These mechanisms were intended to provide a fair and universal accountability tool for those in need of justice. Israel, like other States, must respect these mechanisms and must not be allowed to remain above the law. Israel’s contempt for such mechanisms undermines efforts to ensure that access to justice is stronger and more effective for all.

Human rights and justice mechanisms should not be undermined by single-State interests. To that end, PHROC urges the HRC State members to endorse and fully support the report of the Commission. In particular, we ask the EU to actively participate in all agenda items of the HRC, including Item 7. Such EU participation in Item 7 would ensure that it cohesively and comprehensively ensures that its Israeli partner abides by international law and would set the right example in defence of human rights and justice mechanisms.