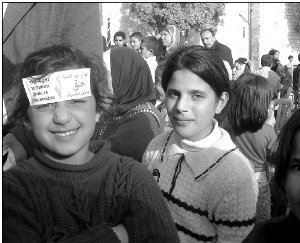 An injustice to the injustice

In the seven years that I have been monitoring British media coverage of Arab issues, I can confidently say that Palestinian refugees constitute the most maligned, misunderstood and under-reported aspect of the Arab-Israeli conflict. This is not only unfortunate but baffling, given its centrality to a just and lasting solution.   The refugee issue is maligned because certain proprietors, editors and journalists embrace Israel’s viewpoint; it is misunderstood because it is viciously targeted by a pro-Israel lobby that does not face a similarly strong pro-Palestinian, and particularly pro-refugee lobby (sadly, the two are not synonymous); and it is under-reported because, as a problem that will be 60 (yes, 60) years old next year, it has long ceased to be ‘newsworthy’.