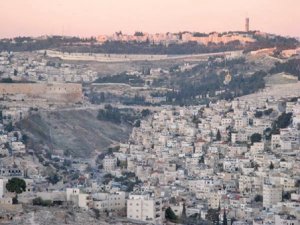 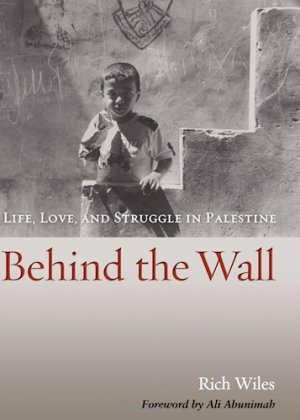 However long it takes…

It’s rare that books about Palestine focus on the Palestinian people rather than the territory or the issue, but here is one that does this skillfully while providing the reader with the relevant politico-historical framework. The author lives in the West Bank. This means that the people whose stories he tells are ones he has met many times over and often lived with. His gaze is warm and human, respectful and responsive.  His text conveys in all their complexity both a tentacular occupation, and the myriad resistances through which Palestinians mobilize themselves to survive and outlast it.

From the vantage point of his home in Aida camp, Rich Wiles experiences the occupation at first-hand. The frequent forays of the Israeli Occupation Forces (IOF) into the camp leave dead and wounded, homes destroyed, youths and boys arrested. A military jeep comes upon 14-year old Mahmoud alone in an alley with his dog, scoops him up, beats him, and throws him into a military cell. From here he is transferred to Acion Detention Center, then to Ofer, then to Telmond prison. Charged with throwing stones and carrying a knife, he is fined $5,000, and sentenced to more than three months in prison.  Many similar cases have been documented, but Rich Wiles fills out the details and consequences of this typical Occupation event: the other child prisoners; the inadequate food; self-scarring in protest; a gas attack by guards; the visit of a 10-year old brother (but they can’t hug each other through the reinforced glass). There’s a welcome party with fireworks when Mahmoud finally gets home, but his dog has died, and he “doesn’t want to go out any more”. 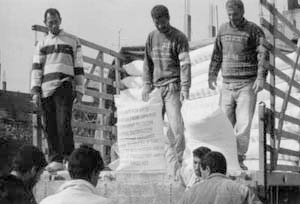 How the Sabra/Shatila Massacre
was Buried with the Victims

The obscenity of the massacre, its sadistic details, the surrealist landscape of sun-bloated bodies and bulldozed buildings - all this tended to block out in Western media coverage less visible evidence of careful logistical planning. Once journalists succeeded in penetrating the massacre area, their detailed reporting and photography at first horrified but then 'naturalized' the episode in familiar Western stereotypes of Arabs - 'revenge', 'hate', 'primitive brutality'. Massacre photos took on a strange transhistoricity as they were used over and over again by Western media, as if these contorted and swollen bodies had never really lived.

Most West Bank bedouin live in Area C, the largest of the three zones (70.2% of the whole) into which, at Oslo, Israeli maps divided the West Bank. It is also the zone where Israeli military control remains until the completion of final status negotiations. The PLO negotiators are said to have believed that Israeli phased withdrawal would ultimately include the whole West Bank except for a few military installations and settlements. If so, they were blind to the strategic nature of Area C, which forms a continuous belt surrounding the whole West Bank, interrupted only at Jerusalem, widest along the Jordan Valley, and penetrating between towns and villages. Its strategic purposes are clear: i) to separate the West Bank from Jordan and Palestinian-populated parts of Israel (Galilee and Negev); ii) to fragment the territory of an eventual Palestinian state; iii- to form a continuous space for movement of Israeli military and settlers. It is no coincidence that all but a few of around 145 Israeli settlements also lie in Area C, their location as strategic as that of Army installations and as likely to remain. 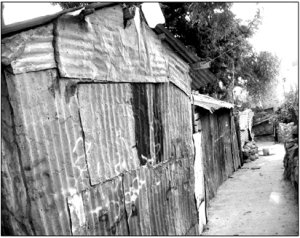 Sickness and Health Among Palestinian Refugees in Lebanon

A regime of insecurity and poverty

Public health expert Michael Marmot underlines the relation between health and two fundamental human needs: autonomy and full social participation, adding that “deprived of a clean safe neighborhood, meaningful work, freedom from police harassment and arrest, and freedoms from violence and aggression, it is harder to have control over one’s life or be a full social participant.”(1)