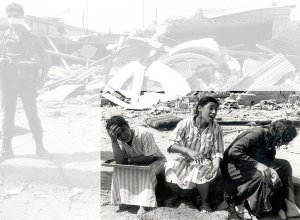 The Sabra and Shatila Case in Belgium: A Guide for the Perplexed

Is the war crimes case against Ariel Sharon, Amos Yaron, and other Israelis and Lebanese still being pursued in Belgium’s courts?(1) Or have dramatic legal decisions coupled with blunt political pressures rendered the case lodged by 23 survivors of the 1982 Sabra and Shatila massacre an interesting though failed attempt at obtaining international justice?  If the Belgian Supreme Court found in favor of the plaintiffs’ motion on 12 February 2003 to overturn a lower court’s ruling halting the case, why did world news headlines proclaim the following day that “the case against Ariel Sharon has been thrown out by Belgium’s highest court”?(2) If investigations have already been launched by Belgium’s judiciary to determine how and why more than one thousand innocent Palestinian and Lebanese civilians met such gruesome deaths 21 years ago, why did Ariel Sharon’s government return its ambassador to Belgium with an official statement expressing Israel’s satisfaction that the Belgian authorities had finally halted a “cynical attempt” to politicize and exploit its courts? And why did Sharon and Yaron, a few weeks later, withdraw from all judicial proceedings after two years of legal battles?