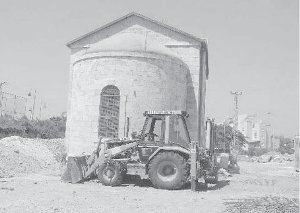 A human rights award given by an international cosmetics company has focused attention on an oft-ignored group of Palestinian refugees: those living as exiles inside the land occupied by Israel in 1948. The Body Shop selected the Association for the Defence of the Rights of the Internally Displaced (ADRID), as one of four recipients of its annual international award in recognition of the work of human rights campaigners.
The situation confronting the 250,000 refugees inside Israel, classified by the Israeli Absentee Property Law under the surreal oxymoron “Present Absentees,” demonstrates that there can be no just solution for Palestinians without recognition of the rights of those inside the Green Line. The work of ADRID, and individual village-based societies like the Saffuriyya Heritage Association featured here, must be supported internationally as an integral part of the work of campaigning for the right of return. Palestinian refugees inside the 1948 border began to take a more active role in campaigning for their rights following the 1991 Madrid conference. It became clear that official channels, both Palestinian and international negotiators, were not going to place the issue of 1948 Palestinians (refugees or not) on the agenda. ADRID was formed in the wake of this realization, and their efforts have recently received international recognition by The Body Shop. The award has given their campaign a welcome boost. In October, members of the committee flew to London to receive the award before an audience of over 350 guests from the British media, parliament and NGOs. The honour was shared with groups from Honduras, Kenya and Bulgaria, all of whom are campaigning for rights for indigenous peoples, demonstrating that this issue has the potential to reach an international audience. ADRID is a grassroots network supporting community-based organisations campaigning for the right of return for refugees inside the 1948 borders. Providing moral and practical support, the group works to restore destroyed communal property and religious sites (graveyards, churches, mosques) and undertakes documentation of history, demography, and properties of internally displaced Palestinians. 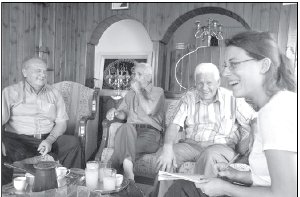 A LITTLE INNOVATION: Overcoming the obstacles to recording history in the Galilee

Q: You have met families from ‘nearly every village’. How did you get to meet them all?

A: Simple: I just placed photos of the villages in the newspaper, and then my telephone didn’t stop ringing…

Interview with Jamil Arafat, a Palestinian historian who has been working in the field of oral history and wider history collection ‘since before Israel started’ and senior tour guide for ADRID’s trips to destroyed villages. 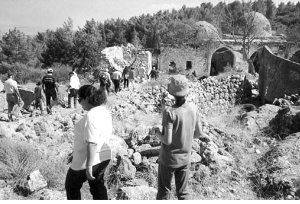 Empowerment at the Site of Memory

History is a question of power in the present, and not of detached reflection upon the past. It can serve to maintain power, or can become a vehicle for empowerment.(1) 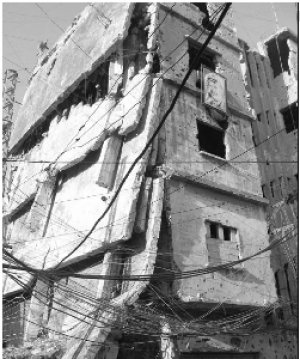 In recent months thousands of Palestinian refugees in Lebanon have found themselves forced to flee yet again as instability and conflict engulfs Nahral-Bared camp. While Palestinians share a common displacement and longing for their land – including those remaining in the 1948 historic homeland – numerous factors such as country of exile, class, gender and educational opportunities, have contributed to vastly different experiences for Palestinian refugees. Campaigners for the right of return, both Palestinians and their international supporters, work for the common goal of recognition of the right of return for all Palestinians, regardless of current status or location. 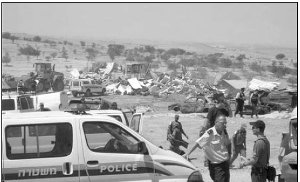 Update on home demolition in the Naqab

Last edition al-Majdal (issue No.32) reported on demolition of Bedouin Arab homes in the Naqab and since publication there has been no let up in this government policy of displacement. On May 8, the entire village of Twail Abu-Jarwal, 30 tents and huts, homes to over 100 people were destroyed on Israeli government orders. The Regional Council for the Unrecognized Villages in the Negev (RCUV) reported that at 9.30am two bulldozers, dozens of armed police, alongside demolition workers, entered the village at a time they knew men would be out at work. 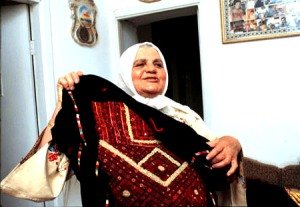 I had my head on somebody’s lap, and I remember looking at the stars. The world seemed so big – like leaving your home which is small and structured, and going into the big wide world. It was very scary. But at the same time, as a little child, even then, looking at the sky and the stars, I was wondering what was going to happen.

Suad Andraos – exiled as a child from Jaffa 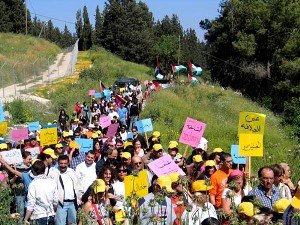 Highlighting 1948 Dispossession in the Israeli Courts

Lying at the foot of the plain of Marj ibn Amr, an ancient crossroads where the road from Haifa and Lebanon crosses the Damascus to Cairo thoroughfare, the village of al-Lajjun has a long history of political significance. In 1516 when the Ottomans took the area from Mamluk control, Lajjun was one of five district (liwa) towns in Palestine. During the British Mandate villagers played a significant role in the Arab Revolt–the anti-colonial struggle of 1936-1939. This legacy of resistance is proudly remembered by today’s villagers fighting a legal battle from their position as internally displaced only 6 kilometers down the road.

Our Struggle is One and the Same

Ziad Awaisy was born the second of five children in 1974, in the Saffafra neighborhood of Nazareth. For his parents, both refugees of Saffuriyya, this was a great achievement – a son was born in their own home. Their first daughter was born the year before when – more than a quarter of a century after the Nakba - they were still living in a two roomed house with the father’s parents and brothers’ families. 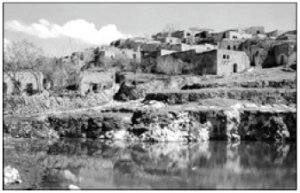 Stealing the River, ‘Trespassing’ on Our Own Land