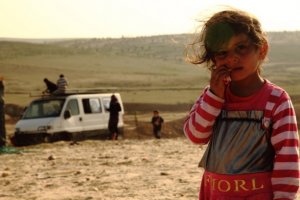 Living Land: Population Transfer and the Mewat Pretext in the Naqab1

Father: This land was Arab land before you were born. The fields and villages were theirs. But you do not see many of them now. There are only flourishing Jewish colonies where they used to be…because a great miracle happened to us…
Daughter: How can one take land which belongs to someone else, cultivating that land and living off it?
Father: There is nothing difficult about that. All you need is force. Once you have power you can.
Daughter: But is there no law? Are there no courts in Israel?
Father: Of course there are. But they only held up matters very briefly. The Arabs did go to our courts and asked for their land back from those who stole it. And the judges decided that yes, the Arabs are the legal owners of the fields they have tilled for generations.
Daughter: Well then, if that is the decision of the judges… we are a law-abiding nation.
Father: No, my dear, it is not quite like that. If the law decides against the thief, and the thief is very powerful, then he makes another law supporting his view.
--The father was Maariv founder and first editor, Dr. Israel Carlebach. This exchange was published in Ma’ariv, 25th December 1953. 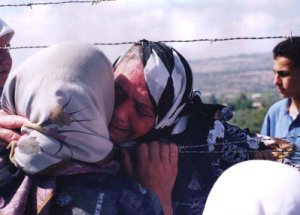 (excerpts from Brief by Salman Abu Sitta)
In mid-June, 52 members of the Israeli Knesset, representing an odd coalition, voted in favor of two bills allowing the sale of Israels land reserves (i.e. refugees land), approximately 4 million dunums (4,000 sq. km), to the select group of kibbutz and moshav, whose number does not exceed 130,000 members, at a price less than half the value of the land.